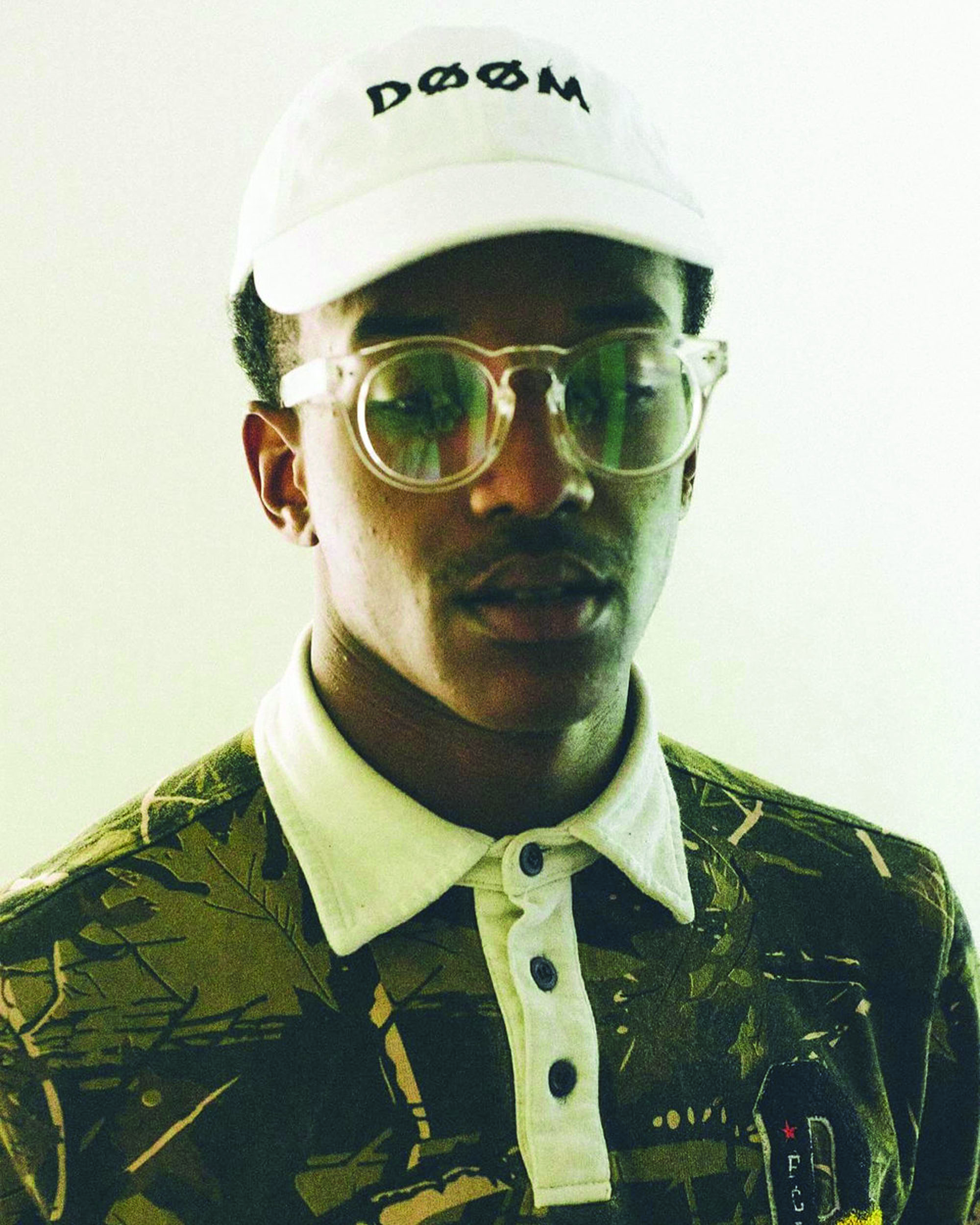 9.0
Facebook Twitter Google+
Goddamnit, Manc MC Black Josh's new full-length set 'Yung Sweg Lawd' is a freakin' MASTERPIECE — the production is handled by fellow Levelz headz Biome & Metrodome, as well as Reklews and Pitch 92 among others. This single, produced by Skepta, is the perfect introduction to the album's sultry, lurid, bass-heavy and addictive contours — the kind of low-end that is practically giving you a reach-around, and ever compelling rhymes from BJ, walking that perfect tight-rope 'tween scally hooliganism and molten philosophical despair. Ruffneck brilliance as ever from Blah!

8.5
Facebook Twitter Google+
HTD are Lee Scott and Reklews, which should already tip you the wink as to what kind of lunacy is going on here. OR SO YOU THINK — genuinely haven't heard anything quite like this from either of them before. The poise and balance of this track, its steady refusal to surge or depart from its intensely strange sound world, is entirely unique. What sound like Indian-classical-drone textures are slathered over some crisp cinematic beats; spooked Theremin swims with needling keyboards (or are they guitars?); the rhymes demand listening to from beginning to end to get the full narrative impact. Superb, and must check out the full length, 'Hock Tu 3' as soon as possible.

7.5
Facebook Twitter Google+
The new EP ('Bread') drops soon, featuring lip-smacking cameos from Westside Gunn, Conway, Roc Marciano, Black Thought and Earl Sweatshirt on this lead-off single. Very much digging the unplaceable oddity of the music here — haven't heard Alchemist dig this deep since 'Israeli Salad', and once I got used to Sweat's somewhat laconic delivery, the single works as almost an interlude piece, a dreamlike track of travel with occasionally violent sounds flickering in the peripheries. Packed with dread, which right now, is as it should be.

8.5
Facebook Twitter Google+
Phwooar — what a gorgeous little package this is, five tracks on some delicious pink 7" (fnarr fnarr) vinyl, everything produced by NCL-TM, everything as intriguing and dazzling as you'd expect from DFH. Gritty soul samples, tweaked vocals and a gratifying unhurried-ness characterise the tracks here — this is music that unfolds slowly, seductively, teasingly, even if Hooligan's vocals are as feral and furious as ever. Something it's a total joy to drop the needle on, because it has the radiance and warmth of its sample sources but still, thanks to the rhymes, sounds totally contemporary. Superb.

8.0
Facebook Twitter Google+
First new music from the mighty Pan Amsterdam since the magnificent 'Pocket Watch' LP sees him hook up with fellow psychonaut Open Mike Eagle, for a stealthy, beautifully poised track. Sixteen bars for each MC in four verses, a delicious horn solo from Leron Thomas that'll have you digging out that stupendous Kamaal Williams album, and a neon-bright sense of gloopy, glitchy weirdness, that's the perfect way to welcome a new year of insanity. Hoping for more from this collaboration, and I rarely say that. A doozie.

Brothers Of The Stone

7.5
Facebook Twitter Google+
Illinformed behind the desk, BVA and Leaf Dog in the booth, and man oh man, their new 'Return To Stoney Island' album's a corker, as you might imagine with M.O.P., Inspectah Deck, Young Z, Rome Streetz, Smellington Piff and Eric The Red providing cameos, as well as cuts by Jazz T. This is a tough, mournful track shot through with real beauty in the string hook, and the kind of hypnotic, headnodic quality of a prime Pete Rock production. No one should feel guilty about sounding like '90s stuff if you sound this fucking good.

7.0
Facebook Twitter Google+
The first salvo from a new departure for High Focus — a purely instrumental album from newcomer Talos, called 'Dissonance'. At a time in which Aver, Remulak, Chairman Maf and others are setting the bar high for rap-less hip-hop, it's good to hear Talos sound NOTHING like any of them, his work closer to Calvin Valentine's mix of lushness and hi-fi beats, definitely more engrossed in the '80s than any other era, and thumping with a confidence that's infectious. Bodes well for the full length, get on it.

8.0
Facebook Twitter Google+
One of the original MCs and producers from the Jungle Brown crew, Mosik, teams up with fellow MC/producer Koncise to drop this fantastically fresh track, that dives deep into the kind of jazzy, neck-snapping hip-hop Madison Washington fans would be familiar with. Love the stoned-to-the-bone lyrics and the tasty horn licks through this, suggesting that their debut album 'The Dots' might need immediate checking out.

9.0
Facebook Twitter Google+
Love the production from Sparkz and Metrodome here — a drill/grime/trap paced lunge to the beats, a heavy, dub style low-end, and twinkling, bell-like high-end Rhodes in the loop. Sealing yet another fantastic deal from the mighty Levelz are the vocals from Sparkz, Chimpo and Black Josh — every verse giving you at least a dozen rewind points of hilarity and incisiveness. Goddamnit I want Levelz to give us another full-length album, 'cause next to Foreign Beggars, they're emblematic of EVERYTHING that should be celebrated in UK music. Essential.
Neil Kulkarni
Facebook Twitter WhatsApp

7.0
Facebook Twitter Google+
Crisp, contemplative rhymes and hypnotic music from CNT ("all that's missing is u" as they themselves put it) — real thoughtfulness has gone into the lyricism here, and it demands instant rewinds. By the by — the first 30 seconds of the video for this is one of the greatest things I have ever seen in a hip-hop video.

8.0
Facebook Twitter Google+
Utterly fantastic to have MysDiggi back, always one of the UK's most compelling voices and visionaries, here stylishly flowing with impact to the head and heart over lovely, jazzed-out funk. From a new album, 'Tip Of Da Mysberg 3', that's massively engaging and enjoyable. Missed him, and great to catch up.

8.0
Facebook Twitter Google+
There's some mind-bending lyrical head-wreckage on offer in JB's new album 'Touching Scenes', and this is one of the undoubted highlights: a fantastic, shuffly, jazzy beat and freaky loops from the man Chemo, and astonishing cameos from Bone Man and Rootz that manage to be in that perfect mid-point between rap rolling and grime menace.

Brothers Of The Stone 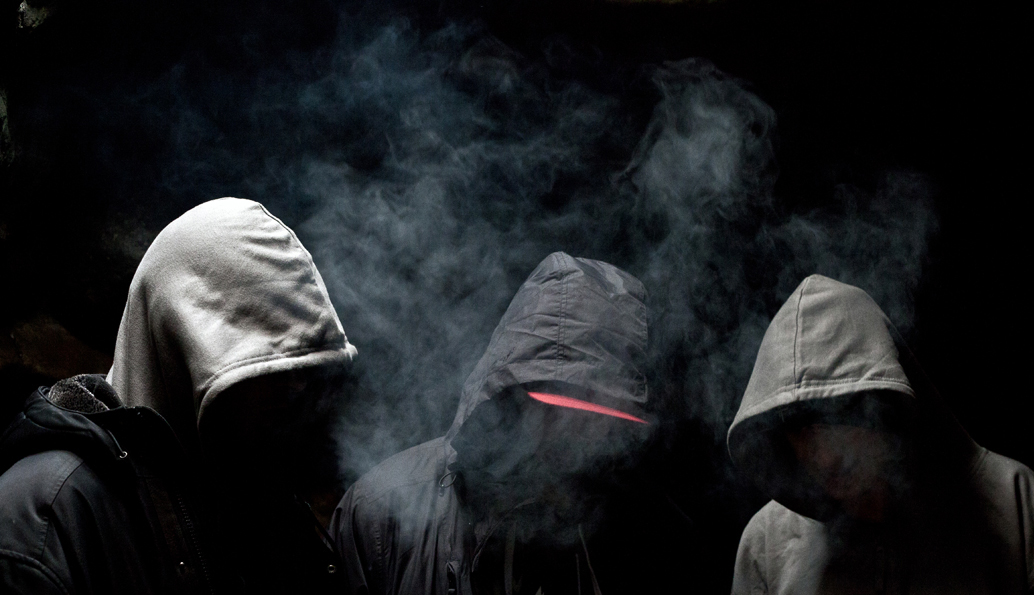 1. Bishop Nehru 'S.S.S (Split Society Syndrome)' Nehruvia (BVA) "I remember all the hype around Bishop Nehru, but this one slipped past me back then. My flatmate was playing this the other day when I came in, and it really stands out." 2. Kashmere 'Farage Is A Loser' Farma Beats (BVA) "This is a sick album (Farma 'The Sentimental Alien') — lots of good tracks, but this is one of my favourites." 3. Shabaam Sahdeeq 'BARS (prod Pete Twist)' Bandcamp (BVA) "This beat is crazy, first one I heard from Pete Twist, and led me to his other shit, but this one is next level and Sahdeeq is classic as always." 4. Rome Streetz 'Hot Pistol Heart Frozen (prod Leaf Dog)' Bandcamp (Leaf Dog) "Rome is one of the illest MCs I've heard for years." 5. Lissan'dro 'High Notes (prod Leaf Dog)' Bandcamp (Leaf Dog) "Lissan'dro is on another level with flow, punchlines and voice. He also reminds me of the greats, we're working on something special for you, go check him out." 6. Mooch 'Auntie's House feat Rigz (prod by Farma)' Da Cloth Ent (Farma G) "This features some underground MCs that people need to know about for sure." 7. Babylon Dead 'Duppy (prod by Illinformed)' Real Life Drama Records (Illinformed) "Probably one of my most unorthodox beats, J Man kills it too." 8. Eric The Red 'Tracks And Walls (prod by Illinformed)' Lost Scroll Records (Illinformed) "This is for all the vandals and graf heads out there, check the album 'Caught Red Handed', produced by me." 9. Suga Free 'Ain't Shit' Siccness.net (Illinformed) "Suga Free is the GOAT as far as extreme pimp shit — this is maybe his best song." 10. Brothers Of The Stone 'Duckits feat M.O.P. (prod by Illinformed)' Real Life Drama Records (Illinformed) "We've all been fans of M.O.P. for many years, so getting them on a song was a bucket list moment."
back to top
DJMAG
all sections