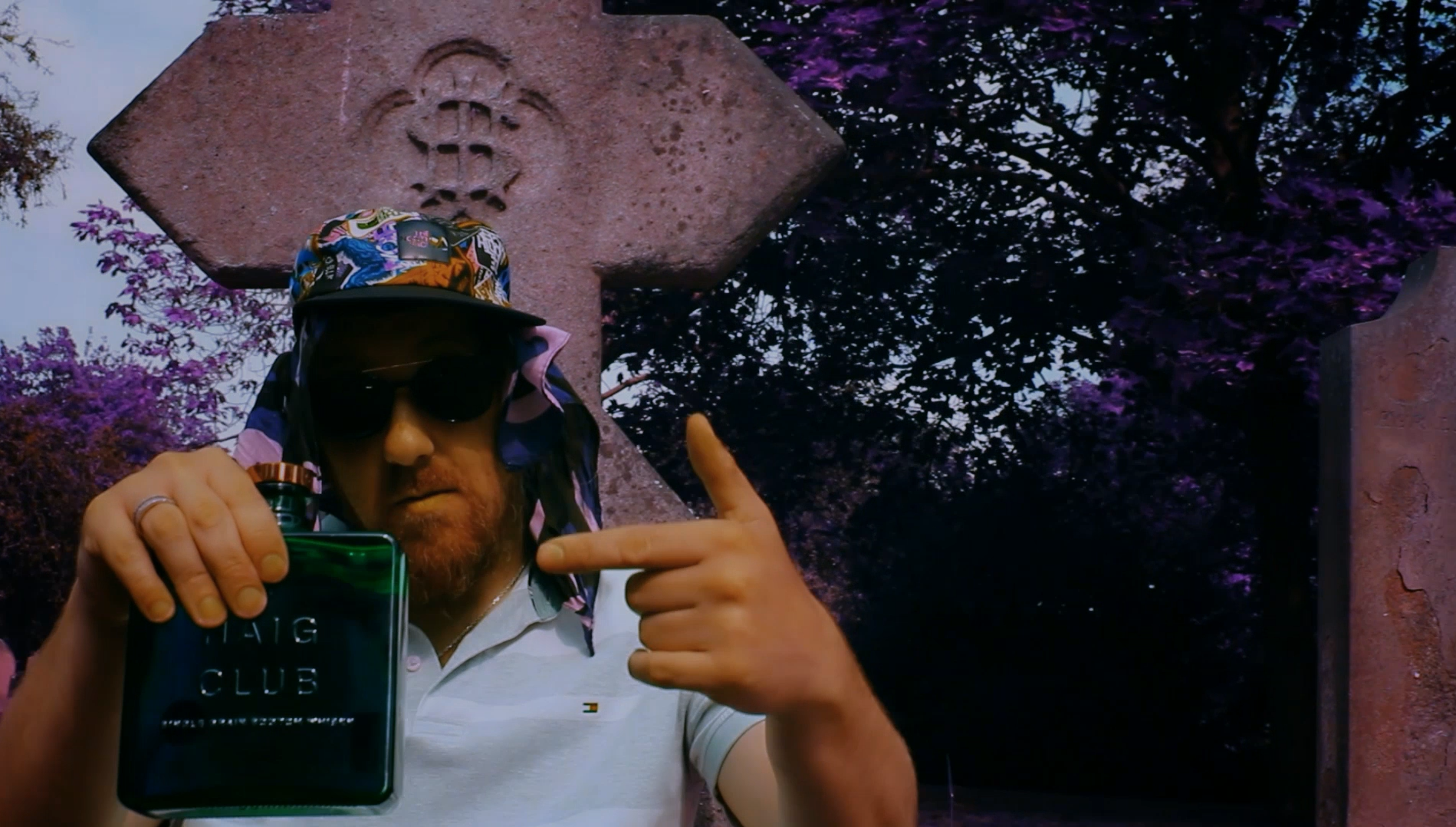 9.5
Facebook Twitter Google+
Formz presents what he calls a "seven-step plan to eternal unhappiness — narrated by Sniff", and what more could you want? Seven tracks of wickedly wayward, wrongheadedly woozy, mentally diseased music with a dub sense of space, an infinite ambition, a refusal to compromise a thing. Sniff's growing up, and his lyrics are getting even sharper ("flipping tables at a 'team meeting'"), his voice never threatening to depart from its commanding near-monotone, Formz's production as dark as drill, as slo-mo as trap, as murked and grainy as nothing else. Alien art par excellence.

8.0
Facebook Twitter Google+
KB & JS's forthcoming 'Drum Machine Tape Cassette' album should be one of the year's highlights, and this single shows exactly the mix of the traditional and futuristic they blend to such delicious effect. A moody old skool beat, great cuts from DJ Jon Doe, lethally sharp rhymes, but saved from mere retroism thanks to the glistening synthetic loops that fade away and radiate from the track's heavy rhythmic core. Stoopid fresh and over too soon — guaranteed to have your lips smacking for the full-length.

7.0
Facebook Twitter Google+
Joey Bada$$'s Pro Era crew combined with the Flatbush Zombies and The Underachievers makes Beast Coast. You might expect retrograde boombapism, but you'll be startled when you hear their new, compelling full-length 'Escape From New York' just how much trap/drill dynamics and timbre have infected their sound. 'Distance' is a good heads-up to what a great album they've made. Lunging, party-starting trap you need in your bag right now.

8.0
Facebook Twitter Google+
Fantastic six-tracker from Vdon, who I've not heard from since last year's stunning 'London Fog' set — here he keeps that dank heaviness going, but also expands his sound palette into trippy reverse beats, abstract composition, sumptuous digital derangement and is accompanied every wayward step by stunning verbals from WTK and the ever-engrossing Eto. The new breed of underground producers are gratifyingly getting bored with themselves, and pushing the envelope on what you might expect from them. Superb — check out Vdon's new solo '5 Deadly Venoms' EP for Depth Charge flashbacks and getting your battleships SANK.

8.5
Facebook Twitter Google+
Must admit it was the Camoflauge Monk production credit that drew me to this like a moth to a flame — addicted to his productions (check out his stunning new 'Last Real Nigguh 2' LP) to the point where I'll even overlook the misspelling of his name. Spanish spitter SD Kong RULES this track like a boss, veering between English and his native tongue with real silky insouciance, and the result is a track so hot it sucks the breath from your lungs the louder you pump it, and you WILL pump it loud, repeatedly. Essential.

8.0
Facebook Twitter Google+
A hot and bothered track perfect for those moments of heat struck chaos where you feel yourself utterly losing it in the simmering streets. Love the way Headie breaks up his flows, slows things to a mono-syllabic crawl then switches up, love the way the production couldn't be more minimal in content, but is maximal in chaotic impact. This isn't a track with a steady macho pulse, it's more playful, more touched by Afro-step, cuter than that. Headie is a consistently fascinating UK drill artist who is building one of the most compelling discographies in the genre. Don't sleep on this future Mercury winner.

8.5
Facebook Twitter Google+
Regular readers will know that Giallo Point is one of our fave producers, and that Juga-Naut is our fave Notts MC of the moment, so their forthcoming collaborative full-length 'Back To The Grill Again' should be a conflagration devoutly to be wished. This lead-off single will have you drooling: gorgeously upholstered grooves with great KRS cuts, Juga letting his mind and mouth combine in typically unstoppable fashion. Superb stuff from two of our finest.

7.0
Facebook Twitter Google+
If you've been sleeping on COZ's sublime 'Travel Light' set, wake the fuck up and go snap it up. You'll find this new single closes it out beautifully — all radiant jazzy keyboards, buttery backing vocals and heavily Afro-stepped kick drums creating a vibe simultaneously relaxed, agitational and addictive. Like much of 'Travel Light', the track makes you connect with those you're near to when you hear it, because it's utterly irresistible. Feel it.
Neil Kulkarni
Facebook Twitter WhatsApp

7.5
Facebook Twitter Google+
A throwaway track but a great one from the ever-distracting JL, and this old fart is flashing on J-Zone majorly, which is as high as recommendations get. Funny as fuck and sharp as a Stanley knife.

7.0
Facebook Twitter Google+
Baton Rouge-borne, and you can hear the aquatic heat here, thanks to super-smart production throughout from El Camino, and rhymes as ruff as they come. Snap this up like a cayman. 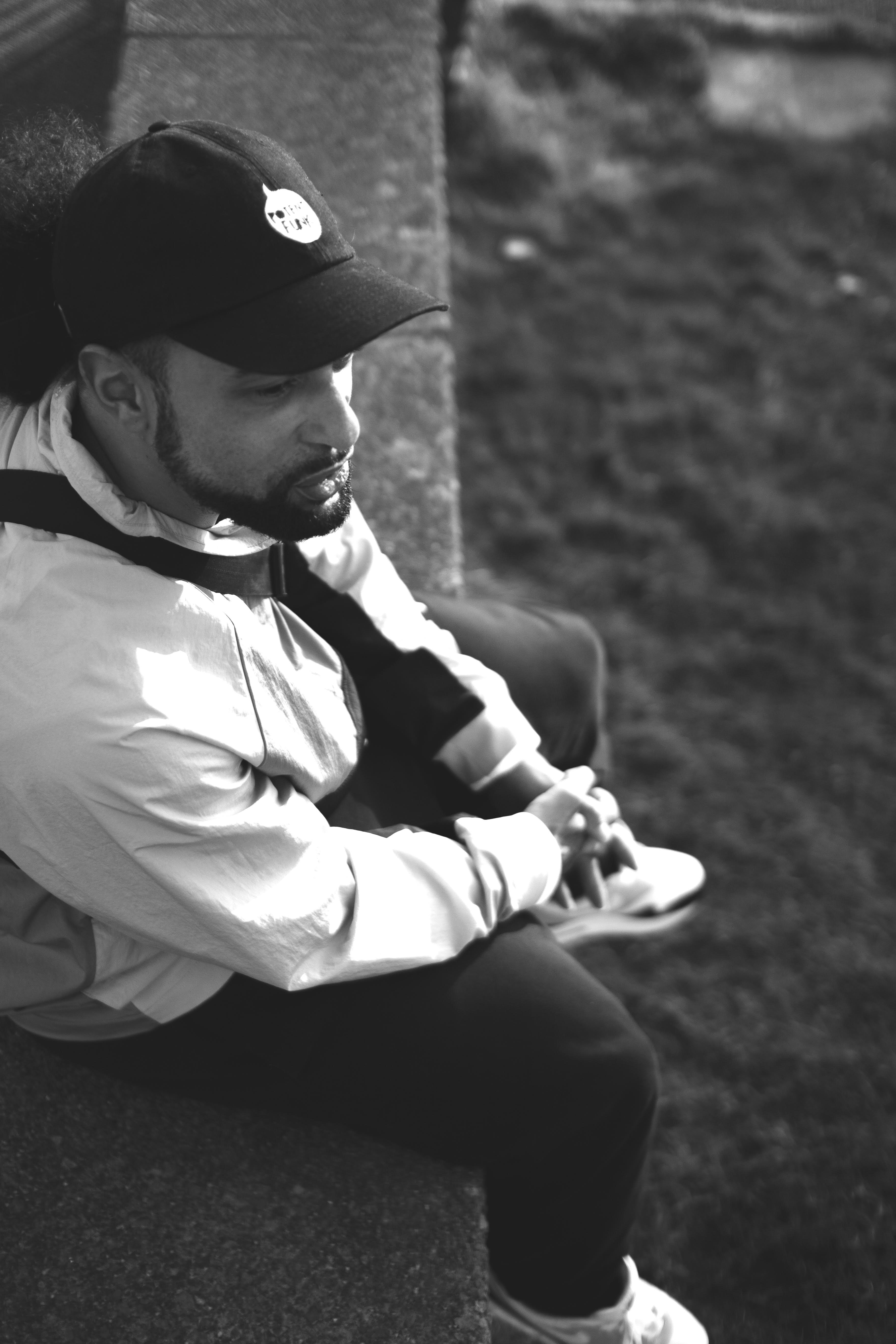 1. Outsidaz 'The Rah Rah' Ruffhouse Records "It’s that pure East Coast cypher rap over gritty hard beats, mad they were never bigger as a group or individually." 2. Slum Village 'Raise It Up' Good Vibe Recordings "A massively important group, one of the few back then to have a style of their own that was different to everything happening at the time, partly due to Dilla." 3. Metabeats 'MUSIC' Associated Minds "From the album 'Caviar Crackle', it’s mad slept-on, but one of the best albums to come out of the UK boom bap scene." 4. Mac Miller 'Gees feat Schoolboy Q' Universal "I feel like these two helped shape and pioneer this new wave of crossing trap style bounce with lo-fi drums and 808s, they both got some of the best production in the game on their projects." 5. Teedra Moses 'Backstroke' TVT "I bought the album 'Complex Simplicity' in like 2004/2005, and played it from top to bottom all summer. The production, songwriting and performance are outstanding on this." 6. Roy Davis Jr 'Gabriel (Live Garage Version) feat Peven Everett' New State Music "I was a big garage fan and raver in my teens. I feel like this sums up the era when that scene was at its finest, very dope record." 7. NAO 'Apple Cherry' RCA "I’m a big R&B fan and Nao was the first UK artist that I had heard that really gripped me by the neck and shook me." 8. Bobby Brown 'Two Can Play That Game' Geffen "A guilty pleasure. On the one hand it’s very radio, on the other it’s Bobby Brown, and one of the hardest house/dance bangers the '90s let us have." 9. Armand Van Helden 'You Don't Know Me' London Records "If you don’t like this song I don’t know what to tell you, you can bang this anywhere and everyone is vining, ya nan will try buss a likkle move." 10. Nipsey Hussle 'Million While You Young' Atlantic "A lot of stuff sounded trash in the '00s 'cause they were still trying to work it out, but 'Slauson Boy 2', 'Mailbox Money' and 'Victory Lap' is where you should drop in."
back to top
DJMAG
all sections