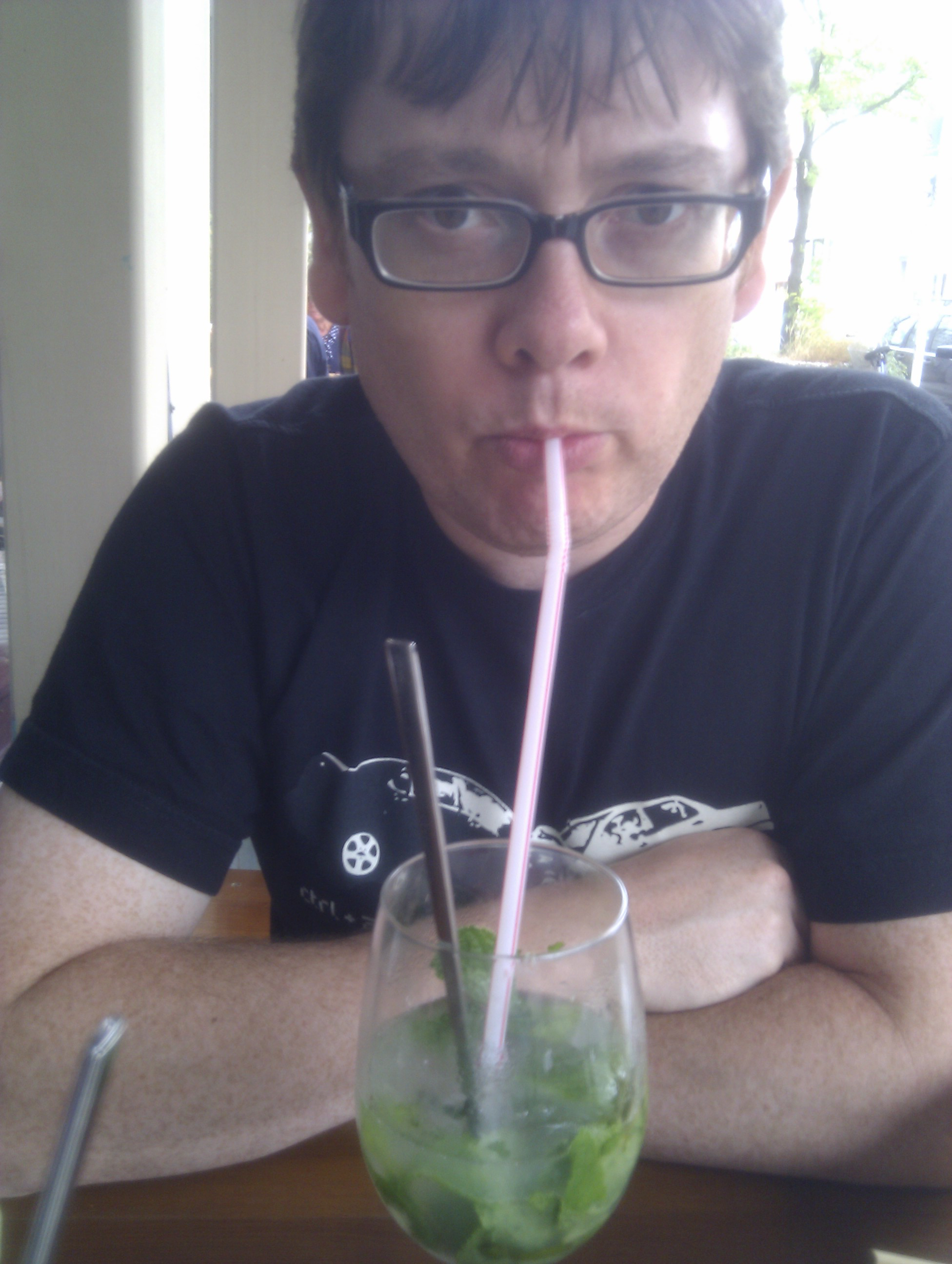 9.0
Facebook Twitter Google+
As comebacks go, 'Heal' doesn’t reach Bobby Ewing-like proportions, but it’s still great to see Matt O’Brien reviving Offkey Industries. He re-starts the label in fine style with 'And Through the Other Side', where a prowling bass supports frostily atmospheric synths and mysterious electro riffs without losing any momentum. 'One Night in Old Street' is a slower paced, warbling acid workout, while 'Caru' is the standout track, where woozy melodies and beautiful piano keys meet with O’Brien’s tight drums and rhythms. It's great to hear O'Brien's off-centre sounds again.

8.5
Facebook Twitter Google+
‘Sinergy’ is this duo’s first release in four years, but it's worth the wait. ‘Hang On & On’ is available in two versions, moving from the jazz and acid-flecked bass-heavy original version into a more wigged out, percussion and chord-heavy second take. The real highlight here is ‘That’s How It’s Meant to Be’. Underpinned by tight kicks and sharp hi-hats, it moves into a beautifully mournful, melodic segue that then morphs into a trippy acid climax, like Larry Heard meets classic Herbert. Uzuri’s ear for talent is as flawless as ever.

8.0
Facebook Twitter Google+
Luxus Varta’s music is rooted in electro, but there are many other reference points audible on this release. 'Tofsy' features rave stabs over its soaring bass, while 'Trup6' revolves around a heady combination of steely industrial drums and bee swarm bleeps. There are also moments when Varta veers into Detroit purism — most effectively on the resonating, Drexciyan snares and subs of 'Brevlab' — but as the vocal traces left by Paris the Black Fu on 'Globb' demonstrate, invention is the main piece in this complex puzzle.

8.5
Facebook Twitter Google+
Dokes is not the most high-profile Detroit producer, but these days he’s certainly one of the city’s most consistent. Both 'Against Me' and 'Tilt' resound to snappy, steely drums and Dokes’ musical piano and organ-playing. However, it would be wrong to assume that these are ethereal arrangements and both are supported by powerful basslines. On the flip, Brian Neal pays tribute to Chez Damier and Ron Trent with two fine soulful cuts that inhabit the grey area between house and techno. Both flexing their creative muscles, this makes for another killer Psychostasia release.

8.0
Facebook Twitter Google+
Talk about a match made in analogue heaven; Keith ‘Radioactive Man’ Tenniswood teams up with Simon Lynch from London Modular Alliance and Monoak for this razor-sharp release. ‘Tiger Stripes’ resounds to steely drums, acid lines and a junglist bass, while ‘Fruitcake’ delivers a glitchy electro workout. On ‘Land’ and ‘Aesop’, the focus shifts, with L-R dropping chord-heavy techno, as both tracks are underpinned by stepping rhythms that punch with barely restrained brute force. Hopefully this marks the beginning of a beautiful relationship.

8.0
Facebook Twitter Google+
San Fran’s Dark Entries is primarily known for its sterling reissue work, but it has also cultivated some emerging talent like Cute Heels and Bezier aka Robert Yang. While Yang is also connected to label owner Josh Cheon through their Honey Soundsystem parties, 'Primes' is rooted in the Dark Entries sound; based on a lurching, snaking bass, it sees Yang lay down tearjerking Italo melodies, spacey synths and techno blips. Meanwhile, 'Stranger', featuring Nicole Ginelli on vocals, outdoes Alden Tyrell in the electronic disco stakes. It's another compelling dark entry.

9.0
Facebook Twitter Google+
John Shima has been releasing classic deep techno for the past seven years, but ‘Renegade’ looks set to introduce him to a wider audience. Both the title track and ‘Veloc’ are fine, melodic techno grooves — the former reminiscent of Aril Brikha, the latter Kenny Larkin — and will have the most appeal. However, for a real insight into the UK producer’s talent, look beyond these undoubted dancefloor burners. The mysterious synths and metallic drums of 'Machine Works' and the late-night melancholy of 'Troglodytic' ensure this is a sublime, stellar release.

8.0
Facebook Twitter Google+
In the pantheon of early to mid-90s UK techno, Likemind is one of the most sacred relics. Famously, the label only put out a few records, second hand copies of which now trade hands online for princely sums. Unexpectedly, after a two-decade hiatus the label is back with its fifth record. The work of Jimmy Billingham, it does a good job of recreating the atmosphere of the original releases; ‘Split Infinity’ is an acid-tinged breakbeat arrangement, peppered with soulful vocals, while ‘Hillraiser’ is a fine, dreamy affair suitable for home listening sessions.
Richard Brophy
Facebook Twitter WhatsApp

'Where The Waves Break'

7.5
Facebook Twitter Google+
Recorded in one take, this four-track release shows why Melbourne’s Albrecht La’Brooy are gaining a reputation with their introspective techno. From contemplative piano keys into hazy dub techno and the spaced-out ‘Gravity Assist’, this is another fine left-of-centre release. 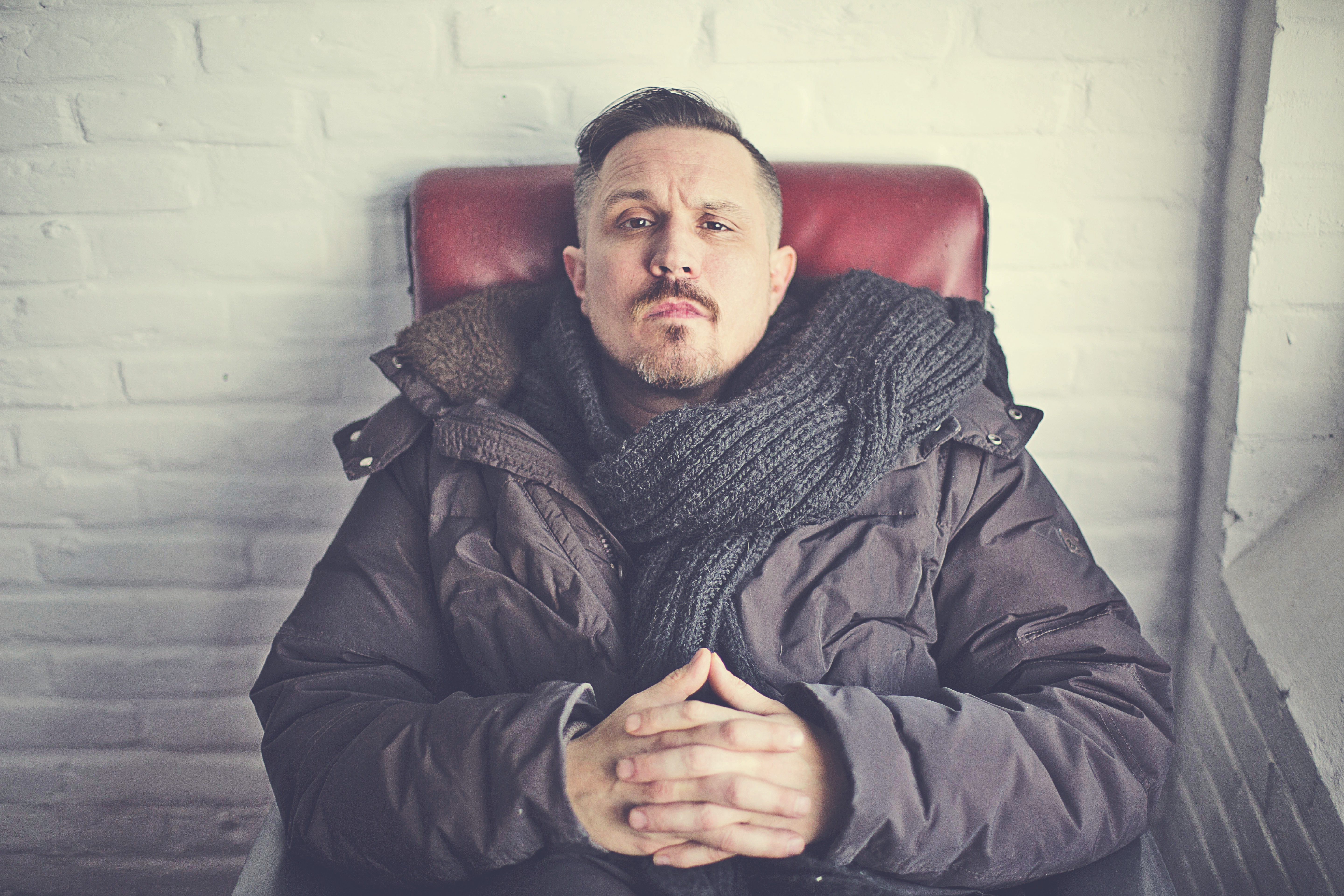 1. Mark Broom 'King' EPM Music "Mark’s music is always solid and fits well in my sets. ‘King' is the more funky side of his sound. I love it!" 2. Ben Long 'Calling Broadsword (Jamie Bissmire Remix)' EPM Music "My partner in crime for over 20 years serves up a remix of dark moody techno, taking my original track to another level." 3. Dany Rodriguez 'D’Visions' RMR "Dany is on the rise. His productions are emotive and well-crafted." 4. Floorplan 'Let The Church' M-Plant "Robert Hood takes us to church and serves up a serious techno sermon." 5. MARK FANCIULLI 'Deviation (DJ 3000 String Mix)' Motech "I've been playing this as the last track in my sets and it really fits as a last tune! Powerful strings that leave you wanting more." 6. Ben Sims pres Ron Bacardi 'Untitled Roller' Unknown "Uncompromising machine funk from Mr. Sims, like only he can do." 8. Ben Long 'Device Disconnect' Materia "My latest offering on Marco Bailey's Materia Imprint." 9. Niereich 'Modern Soul feat. DJ Emerson' Micro.fon "New collab from these guys. Pounding techno with that German twist." 10. Pascal Hetzel 'Stutter' Caduceus "Simple but effective, Detroit-sounding. It does what it says on the tin!"
back to top
DJMAG
all sections