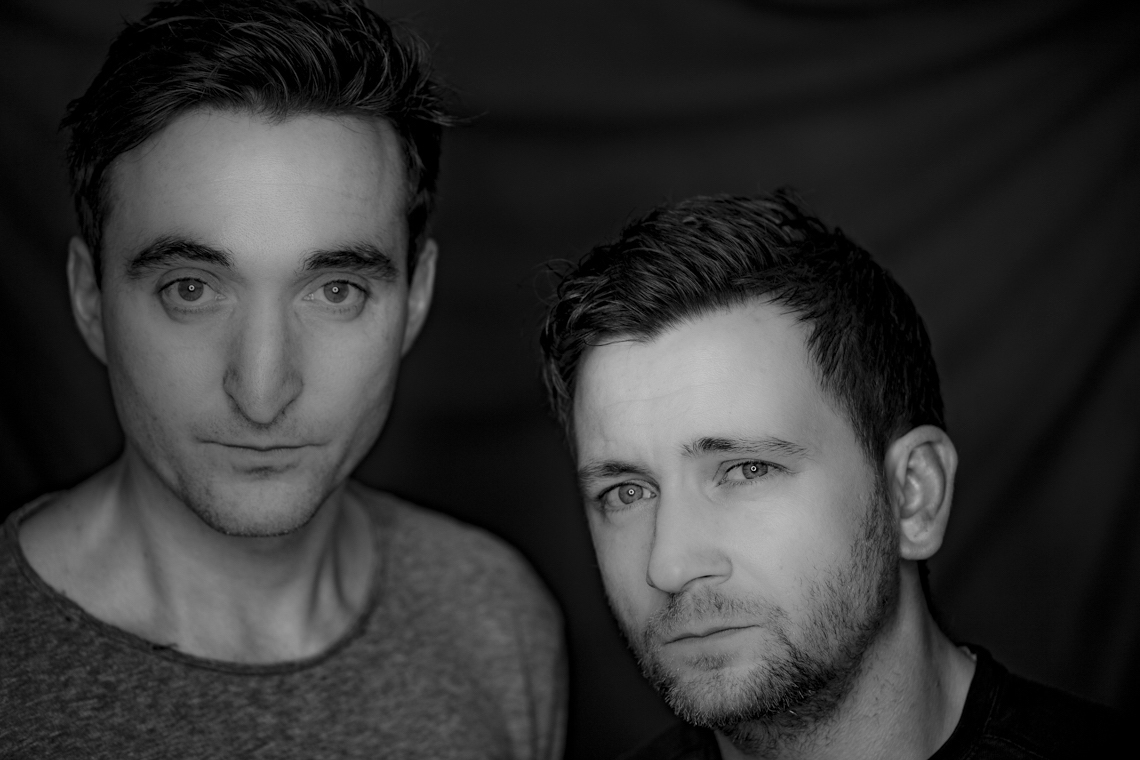 9.5
Facebook Twitter Google+
Stoneface & Terminal and Clandestine are a match near alchemic. Fifteen years in and they’re making the best music of their career — subverting, upending and occasionally dynamiting trance tropes at will. With way more groove than is average for a trancer, ‘Berlin 2000’s bass owes a sizeable debt to Harry Thumann’s ‘Underwater’. It’s also big on loud, vibrant percussion and tubular, pull-you-in synths, further folding trance pads and vocal harmonies into proggier sensibilities. Some outstanding music making here.

8.0
Facebook Twitter Google+
A touch more concise in runtime (nothing over 10 minutes and one — shocker! — closer to six!), Airwave’s ‘Bliss EP’ swaps epic-ness for greater depth. Lead track ‘Bliss’ is a prog-trance number, which likewise sets the tone for ‘Cyberian’ (though the latter’s slightly chunkier and more percussive in nature). The tempo takes another hit on ‘Waterdrop’, with deeper, house style embellishments finding their way in. Last up, ‘Gravy Train’ is the lightest of the lot, with some classy Eastern-themed sounds abetting matters.

9.0
Facebook Twitter Google+
For a remixer working on a first time collab from A&F and Ferry, there might be a sense of ‘rising to the occasion’. Not, however, if it’s coming from the casually assured and every-bit-as-talented hands of Thomas Datt. His reworking of ‘Camellia’ is as much a testament to that as anything. An outstanding, uncontrived, joy-filled trancer, its impulse driven every step of the way, you really couldn’t ask for more than this.

8.5
Facebook Twitter Google+
Scarce are Sunny Lax’s vocal outings – so much so, that this may even be his first. Historically, Aneym’s voice has always hit the spot, and ‘Counter Clockwise’s cliché-free title intrigues. No disappointments to be had either. Every word of her song feels individual: strikingly accented, yet distinctly articulated. Sunny’s backing is nth degree punchy and fortified, with distorted electro burring, cool frequencies, FX and harmonic balance. In short, your floor can’t go far wrong with this.

8.0
Facebook Twitter Google+
‘Flashback’ has the type of progression and trajectory that makes molasses look nippy. Its calibration and content, however, are spot on. Deep, resonant and reverb-minded, it cannily builds an engrossing, journeying tune out of intriguing percussive rhythms, pointedly analogue synths and a hypnotically looping vocal. ‘Tribuna’ flips the script and comes off first like Masters At Work with 20% more prog minimalism, and latterly, Miami house crew Murk. Quite some swing it gets under its drum and groove too.

8.5
Facebook Twitter Google+
The Plumb-sung ‘I Don’t Deserve You’ was one of the most enduring and memorable tracks in recent PvD times. Surprising in a way that it’s taken them six years to reunite. ‘Music Rescues Me’ — the title track from van Dyk’s new album — is a fittingly good, but notably contrasting follow-up. Tonally, it hits a more positive note than ‘Deserve’s edgier vocal premise. Sat on a mid-to-primetime tempo and backed by the epically strummed, reverb-heavy guitar strains, lifty synths and long, held pad sweeps of Paul’s production, it all comes off brilliantly.

8.0
Facebook Twitter Google+
As its tag suggests, ‘Rage Race’ is Estiva in his most late night and energetically driven form. Moody, doomy and ascetic at the outset, it throws a few ‘racy’ FX at you before dropping into a thunderously ominous groove. Dotted with abrupt tech drops, its vocal bares at least a passing resemblance to the "gonna get you" chant from Picotto’s ‘Lizard’. Indeed the track has an overarching feel of minimal, sole-purpose BXR-iness about it, which is far from the worst thing you could say.

7.5
Facebook Twitter Google+
Hennes & Cold’s original mix of ‘The Second Trip’ was OK. DJ Scot Project’s version, however, was 10+ minutes of hands-down genius. So apparently consummate was it, that I suspect it’s since put anyone else off going near it. Scoring marks for both bravery and originality then, David Forbes has stepped up. His take builds up its more banging elements no end, but for me, it does miss the wonderfully contrasting context of those beautiful melodic parts in the break.

8.0
Facebook Twitter Google+
The worlds of trance and art-house never got closer than through the output of (the somewhat incongruously christened) Moonbeam. Following their 2016 disbanding, Pavel Khvaleev has continued solo, and if anything the level of artistry’s only risen. Sung to achingly beautiful effect by UK M/F twosome RINNGS, ‘Videos’ (a lyrical metaphor for memories) spins a fascinating web of figuration. It lies at the ultra chilled end of trance’s scale, but nonetheless, this is must-hear gear.
Tim Stark
Facebook Twitter WhatsApp

'Leave It All Behind'

8.0
Facebook Twitter Google+
A paradox: ‘Leave It All Behind’ is repetitious. It’s also an absolutely top-notch and instinct-driven (if somewhat unseasonal) sun-kissed trancer. Is it then a problem that it’s 30 per cent longer than it needs to be? The mind boggles.

7.5
Facebook Twitter Google+
Befitting HTE's remit, this is as forceful a treatment of ‘Age Of Love’ as you’ll come across. Off its line quicker than a toupee in a hurricane, it piles on sonic pressure, replete of course with that urging, urgent, ‘come on, come on’ vocal refrain. 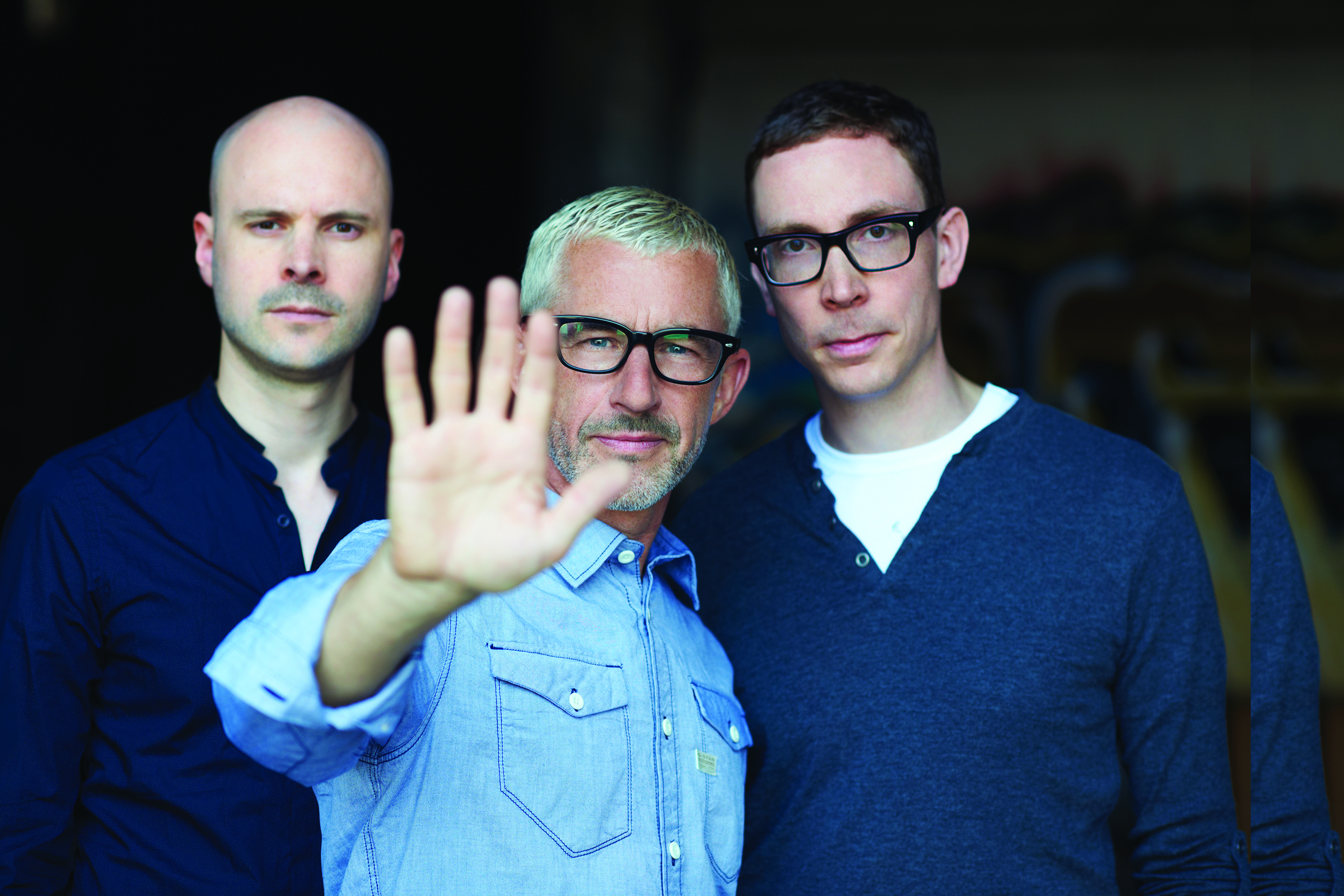 1. Above & Beyond feat Richard Bedford ‘Happiness Amplified (Above & Beyond Club Mix)' Anjunabeats “The latest club mix from our ‘Common Ground’ album, ‘Happiness Amplified’ once again sees us working with Richard Bedford." 2. COSMIC GATE & JASON ROSS 'Awaken' Anjunabeats “Two powerhouses of the trance world collide. Jason continues to grow as an artist and, after 20 years, it’s our pleasure to finally welcome Cosmic Gate on to the label for their first original release.” 3. ANDREW BAYER FEAT. ALISON MAY ‘Open End Resource’ Anjunabeats “Taken from his extraordinary third artist album ‘In My Last Life’, ‘Open End Resource’ is a tale of fragile love from Andrew Bayer and Alison May.” 4. Grum 'Stay' Anjunabeats “Another artist with an album in the works, Grum’s ‘Deep State’ will be out in November. ‘Stay’ is the perfect blend of trance, techno and old school rave.” 5. Oliver Smith 'I Know' Anjunabeats “Oliver Smith was our first signing to Anjunabeats, and is currently in the midst of his most successful year to date. ‘I Know’ is taken from his Billboard #1 dance album ‘Anjunabeats Worldwide 08’.” 6. Dosem 'On Board' Anjunadeep “Dosem is our go-to Anjunadeep act for soulful techno at the moment. We gave this one a run out on a junket in Hong Kong harbour during our ABGT300 weekend.” 7. Mat Zo 'Meaning Lost All Words’ Anjunabeats “Following a five-year hiatus from the label, Mat Zo returns to Anjunabeats this autumn with a bonkers but brilliant three-track EP. ‘Meaning Lost All Words’ marries together Mat’s classic trance chords with modern house production.” 8. ILAN BLUESTONE FEAT. EL WAVES 'Mama Africa' Anjunabeats “Ilan Bluestone has certainly raised the bar this year with his excellent ‘Scars’ album. ‘Mama Africa’ is his first post-album track, and he shows no signs of slowing down.” 9. MY FRIEND FEAT. LAUREN L’AIMANT 'January Embers (Oliver Smith Remix)' Anjunabeats “The latest signing to our ever-growing Anjunafamily is UK-based duo My Friend, who team up with another brilliant new find, Lauren L’Aimant. Oliver Smith provides a suitably epic club mix.” 10. ANDREW BAYER FEAT. ALISON MAY ‘Immortal Lover (In My Next Life Mix)' Anjunabeats “Joining the dots between his album and DJ sets, Andrew Bayer’s 'In My Next Life Mixes' reinvents his third artist LP for the dancefloor.”
back to top
DJMAG
all sections