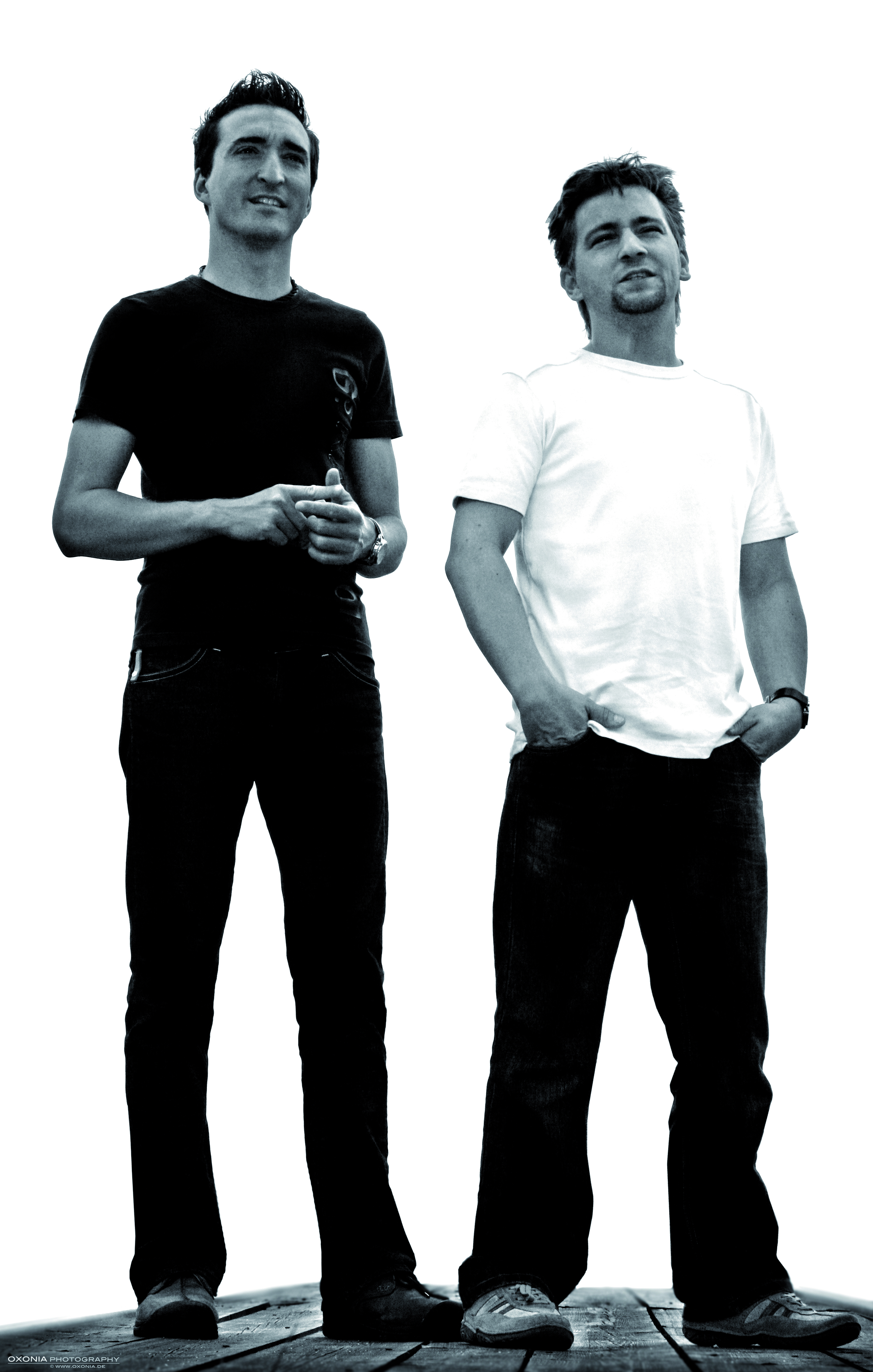 9.0
Facebook Twitter Google+
Oh Stoneface & Terminal, you had us at ‘Berlin’! The dazzle of their Berlin-prefixed ‘99’ & ‘2000’ offerings has generated considerable good will and ‘2001’s so confident it deliberately throws in an ironic (meta-even) frontend wildcard. The ludicrously OTT-bosh of its drum/bass intro melts away into a rolling, overwhelming groove that develops in urgency and energy seemingly by the second. Tiny harmonics pop to its surface, skillfully micro equalizing its otherwise thrillsome doominess.

8.0
Facebook Twitter Google+
‘Adrenachrome’ is another textbook example of the subtler route ultimately proving the more satisfying. The track will outright capture few on first listen, but plant just enough of a highly honed/ melodically served note arrangement to beget a second. Seed planted, so it sinks in. ‘Circles’ is strong musically, but — by the high bar Darren’s set with song elements of late, its lyrics are a touch so-so.

8.0
Facebook Twitter Google+
Ever irreverent, Full Tilt celebrates its 108th release with an outing from Element 108 (aka label boss, Tommy Conway). The track is a low-slung, minimally inclined, naggingly throbbing prog-trancer that furthers its hypnotic aims through a looping spoken element urging you to ‘concentrate’. Drop-side, we’re ‘distracted’ though by the presence of another male vocal (sung this time). Is that Placebo’s Brian Molko (and even more specifically magpied from ‘Passive Aggressive’)? I rather think it is.

8.0
Facebook Twitter Google+
In terms of the sounds and dynamics favoured by Anjuna artists of late (that’s to say ‘the Anjuna sound’), ‘Curiosity’s well in step. Hailing from an earlier generation though, Oliver’s melodies feel more instinctive and real. Further, they’re given all due space to do that breathing and developing stuff, and when all ‘Curiosity’s cards are down, it’s those properties that make the difference.

7.5
Facebook Twitter Google+
Not a big lover of leading titles, especially when they’re pointing at something as previously well addressed as the 303. As such, ‘Doctor Acid’ has some convincing to do. Success in that quarter has as much to do with creativity as anything, and Indecent finds some decent tricks — unexpected dropouts and the like — to keep things spicy. Nonetheless, I suspect this is one you’ll need to have the right head on for.

Facebook Twitter Google+
Suanda’s 200th release is one of those that — title through tone — offers nothing new. What it is doing, though, is generated with such feeling, spirit and exactitude, it's impossible not to be carried along. Its riffs are well layered, with palpably shifting textures throughout, and the arrangement (and trajectory) are impeccable. The chiming notes of the mainline are elaborate yet catchy, and the vocal’s simple but elegant. Something of an all round achievement this.

8.0
Facebook Twitter Google+
Following its Activa/Simon Bostock ‘Contour’ debut in March, release-wise, Regenerate hasn’t hung around. It has taken eight notches for label co-owner Sean Tyas to do the righteous thing though. Produced with a high degree of efficiency alongside Niko Zografos, ‘Drop Two’ services the uplifting end of the night. It does, however, add the most judicious waft of psy, which — by virtue of its casually (and unusually) understated use — makes it all the more successful.

8.0
Facebook Twitter Google+
Deducing the ‘who’s doing what’ on first time meets like this never gets old. With ‘I Need Love’, the first part’s easy at least. That’s BT on vocals, and with its half-angst/half-anthemic lyrical theme — I'm betting — songwriting duties too. From there, the picture’s less distinct, though. Tempo, the thrusting drum/perc march and murky intro-riff: all likely Schulz, but the celestial twinkle of its effortlessly captivating mainline, well that’s anyone’s guess.

8.0
Facebook Twitter Google+
I reckon all could agree that ‘Within’ owes a debt to ‘Sweet Harmony’. That’s a neat conceit in itself, as Liquid’s sweepingly proto trance pads have never previously been placed within that context. Konektiv keeps the tempo low and the rhythm grooving, before — drop-side — modifying the organ into something sharper edged. In turn, it counteracts that ‘sweetness’ by just the right degree.
Tim Stark
Facebook Twitter WhatsApp

7.5
Facebook Twitter Google+
The latest fast and furious one from Will, with almost as many sequel-like numbers attached. If Fu2ra’s previous Damaged outings have burned your midnight club oil, ‘Insid3 Out’s reverb-heavy/denture-rattling beats and distortion will doubtless similarly delight.

8.5
Facebook Twitter Google+
Mher Ekezian follows up January’s ‘BX8 EP’ with another darkly brooding, rhythmic and evilly potent three-tracker. Picking a winner from ‘Hydrus’, ‘Wolfenstein’ and ‘Exodus’ is really a first among equals task, but — with its vocally ominous “passengers” refrain, the latter, at a push, might be it. 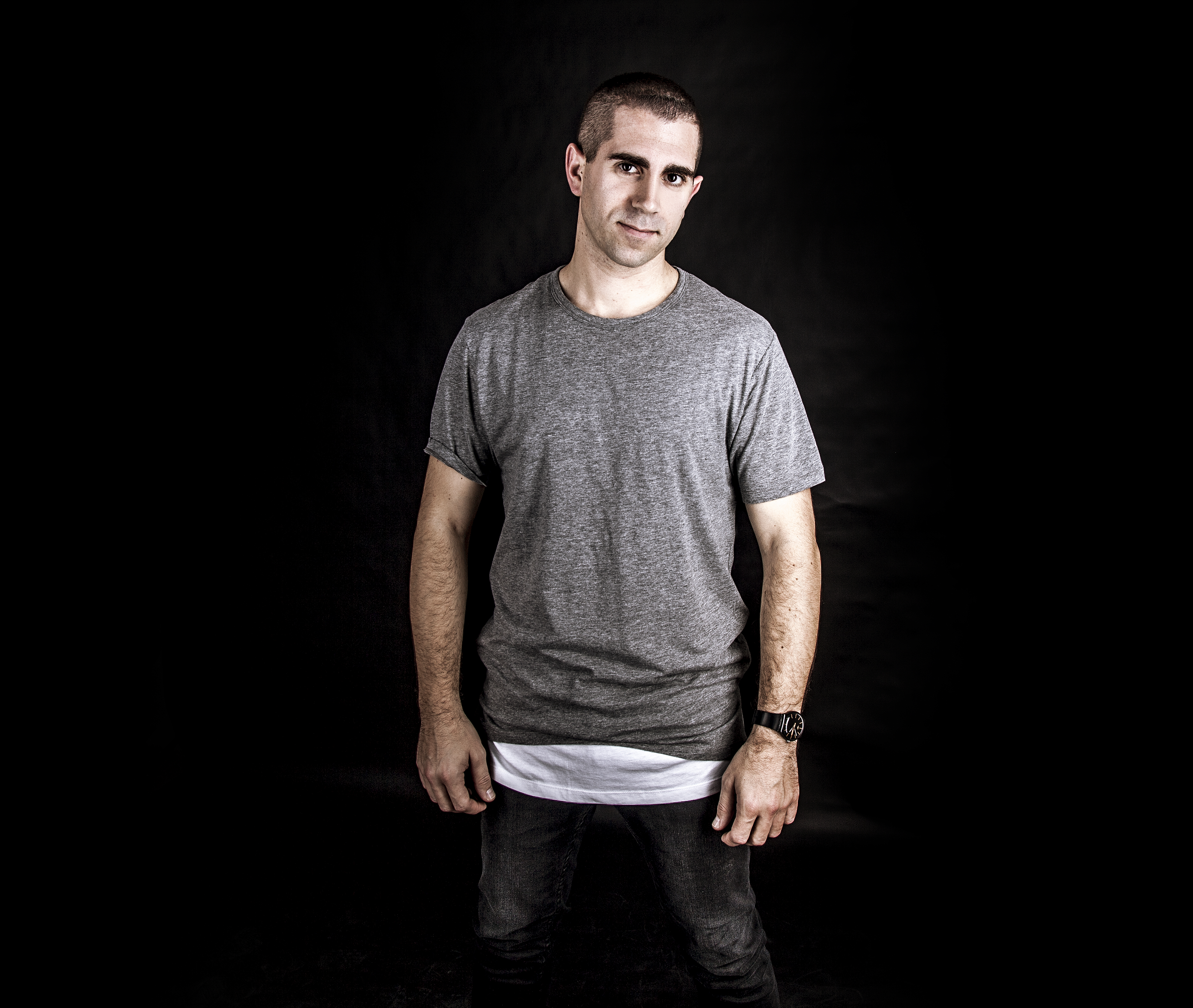 1. Aly & Fila 'It's All About The Melody' Future Sound Of Egypt “I've been saying this through my social media, and I'll say it again here: trance is really 'all about the melody', and this track is my absolute tune of the year. The feels are real.” 2. Giuseppe Ottaviani 'Colours' Black Hole Recordings “I have to admit I'm playing a bit harder in my shows lately, and I love to see people jumping on stuff like this." 3. Gaia 'Europa' Armada Music “The brand new album from GAIA is simply out of this world. I really love the entire thing, especially the first and more chilled tracks, but 'Europa' is the one that stands out for me.” 4. Nikolauss & Starpicker 'Bifrost' GO Music “Giving voice to new upcoming producers here, and these two super talented artists from Romania are delivering some big tunes, which I signed straight away to my own label." 5. Stoneface & Terminal And DIM3NSION 'Kilig' A State Of Trance “This is a great uplifting tune, but with a slightly slower BPM. ‘Killig’ is an amazing collaboration: you can definitely hear the influence from both sides.” 6. Ruben de Ronde & PROFF feat. Deirdre McLaughlin 'Fade Away With Me (Key4050 Remix)' Statement! Recordings “There are not many vocal tunes out there that I really like at the moment, but this one stands out. What a job and what energy!” 7. Enrico Sangiuliano 'Hidden T' Drumcode “Not many people know that I really love techno as well. What I normally do is pick up my favourite techno tunes and rework them a bit by speeding up the BPM to 138.” 8. Kaspar 'Lost' Kraftek “Since we dived into the techno world for a bit, here's a brand-new release that I really like. Check out the melody in the breakdown and the drop afterwards. What a banger, right?” 9. Ruben de Ronde x Elevven feat. Lara 'Shadow Of Us (Electronic Family 2019 Anthem)' Statement! Recordings “I actually became a big fan of Ruben after I had the chance to remix one of his previous tunes, 'Games'. He just released a new album, and this track stands out for me." 10. Bicep 'Glue' Ninja Tune “It's summer right? Ibiza, sunsets? Well this one from Bicep is perfect for that kind of situation. Simply love it.”
back to top
DJMAG
all sections