DJ Barely Legal will embark on an eight-date tour of the UK and Europe across September, November, and December, starting this weekend in Guildford.

Taking place at Thirty3hz this Friday (13th), Barely Legal welcomes Dillinja to her line-up, before heading to Sneaky Petes in Edinburgh on the 29th September, where she'll be joined Hyperdub affiliate Proc Fiskal.

In October, the Pretty Weird tour will stop in Prague, Berlin, Milan and Bath, where the DJ/producer will be joined by the likes of TSVI, Addison Groove, DJ Storm and 6 Figure Gang, who's roster includes Sherelle, L U C Y and Jossy Mitsu.

Check out the full line-ups below and purchase tickets here. 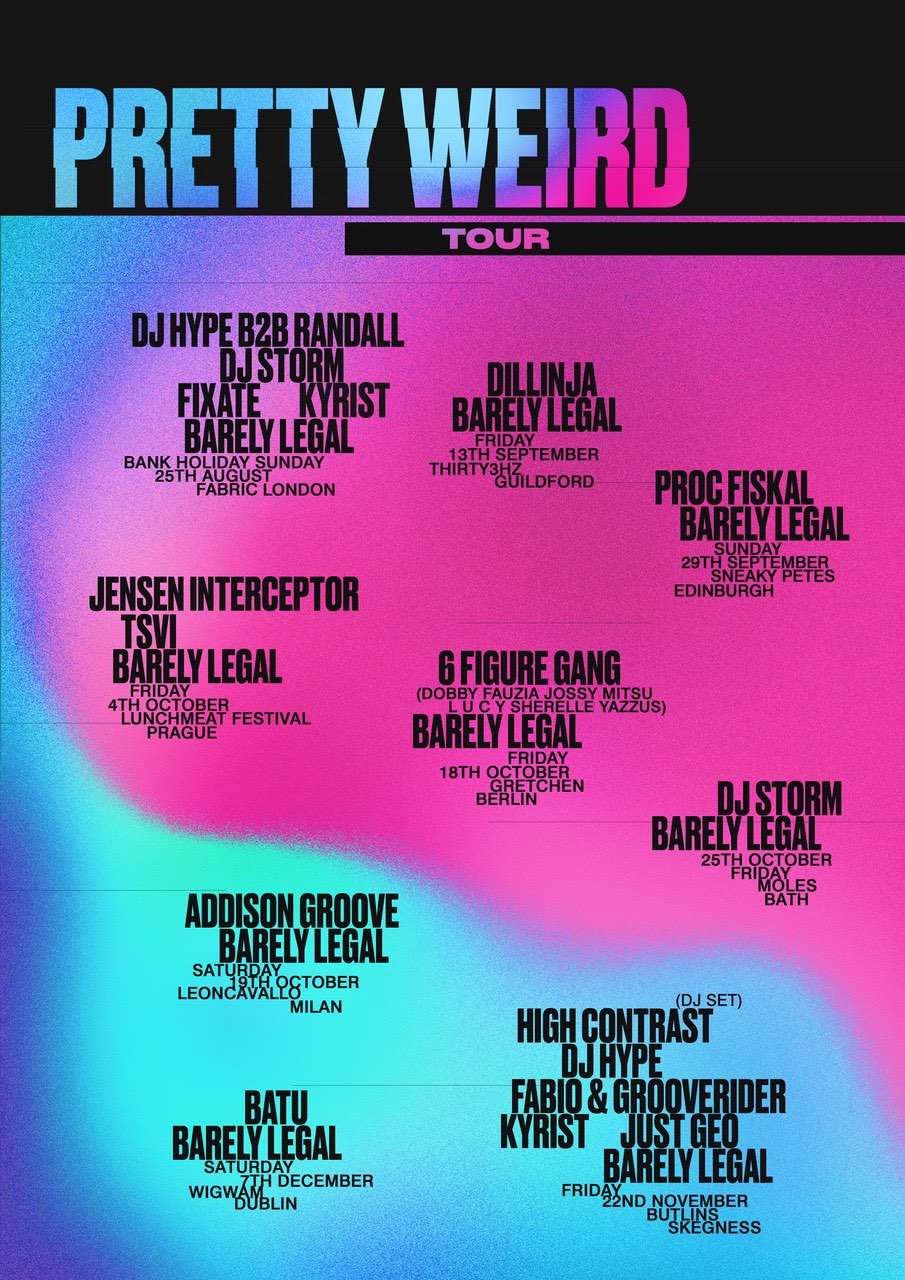