Cape Town-based independent radio station, The Other Radio, has launched a new studio and website.

On 16th September, the community station opened the doors to its new studio hub in South Africa's legislative capital. Previously remotely-run, the opening of the station's new HQ coincided with the launch of a new website.

"All shows follow an enthusiasm for otherness and a deep appreciation of music," the online station's organisers said. "We strive to represent an inclusive and diverse selection of DJs, shows and perspectives from around the world and to create a platform for often-overlooked and niche genres and perspectives from South Africa.

Marking the move, the station said it also plans to host DJ lessons and community-centric initiatives to assist young artists in the industry.

Co-founder Aaron.P said, "Generally, people here become DJs because they’re friends with the venue, or because they’re rich, so it became a very white, male-orientated, wealthy audience who run the dance spaces in the city. Whereas now, radio’s kind of opened it up so that anyone who's got good taste can get behind the decks."

The Other Radio has more than 70 hosts and regular guest artists, including Surreal Sessions, River Moon, Lakei, and founders Aaron.P and Phijos. 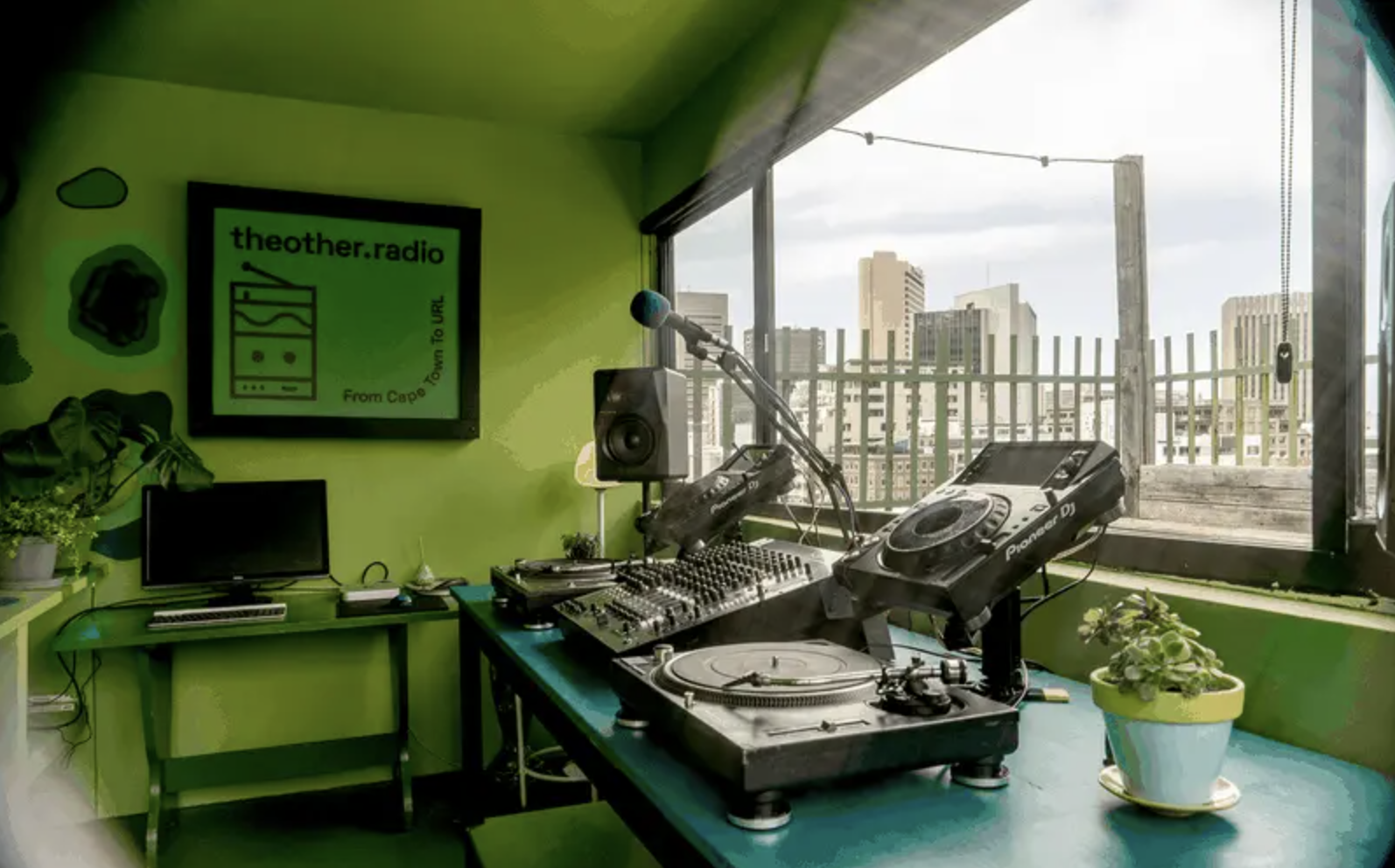 A new series about the South African electronic music scene has recently been released.

A new independent radio station based in Leeds, alto radio, has recently launched a crowdfunding campaign to raise money for a studio site.