Carl Cox has announced his first new album in over a decade.

Released on 16th September via BMG, the 17-track ‘Electronic Generations’ is the culmination of Cox's hybrid-live sets, which he’s been rolling out over the past few years.

“As a live artist and a DJ I get to play all over the world and to see people enjoying the shared experience of being together and dancing," he said. "I’ve pulled together all the elements that I’ve learned from watching those crowds, added my sound and tried to bring you a true electronic music experience.”

The LP's hypnotic new single, a "techno juggernaut" titled 'How It Makes You Feel', is a collaboration with Nicole Moudaber and follows the pair's previous 2014 release ‘See You Next Tuesday'. 'How It Makes You Feel', which sees Moudaber remixing Cox's original mix, is the second track to be released following 'Speed Trials On Acid’, a collaboration with Fatboy Slim, in April.

Cox describes Moudaber's mix of 'How It Makes You Feel' as a "very dark twisted re-imagining. It's now very much epic techno – which you have to play from beginning to end to get the full experience. It takes you on a journey, and it just gets stronger and stronger with its twists and turns."

Check out the track below and pre-save the album here. The digital version of the album comes with a second volume of pre-remixes, including ‘How It Makes You Feel’, ‘Deep Space X’ with Juan Atkins and ‘Speed Trials on Acid’ with Fatboy Slim.

The UK dance recently icon discussed his love of motorbikes and starting up a motorsport team with BBC Sounds for a new documentary called Music and Motorbikes. 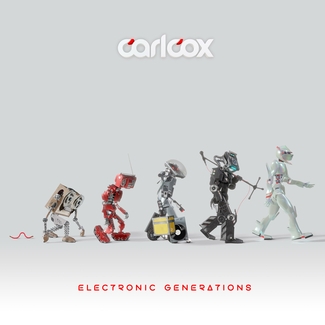