Croatian-based house and disco festival Love International is set to return to The Garden, Tisno, next June, with acts including The Black Madonna, Ben UFO, Palms Trax and Optimo all along for the ride.

It's the first set of names to be announced by the festival for the 2017 event, that's set to kick off from Wednesday 28th June to Wednesday 5th July 2017, with boat parties, afterparty line-ups and additional headliners still yet to be revealed. 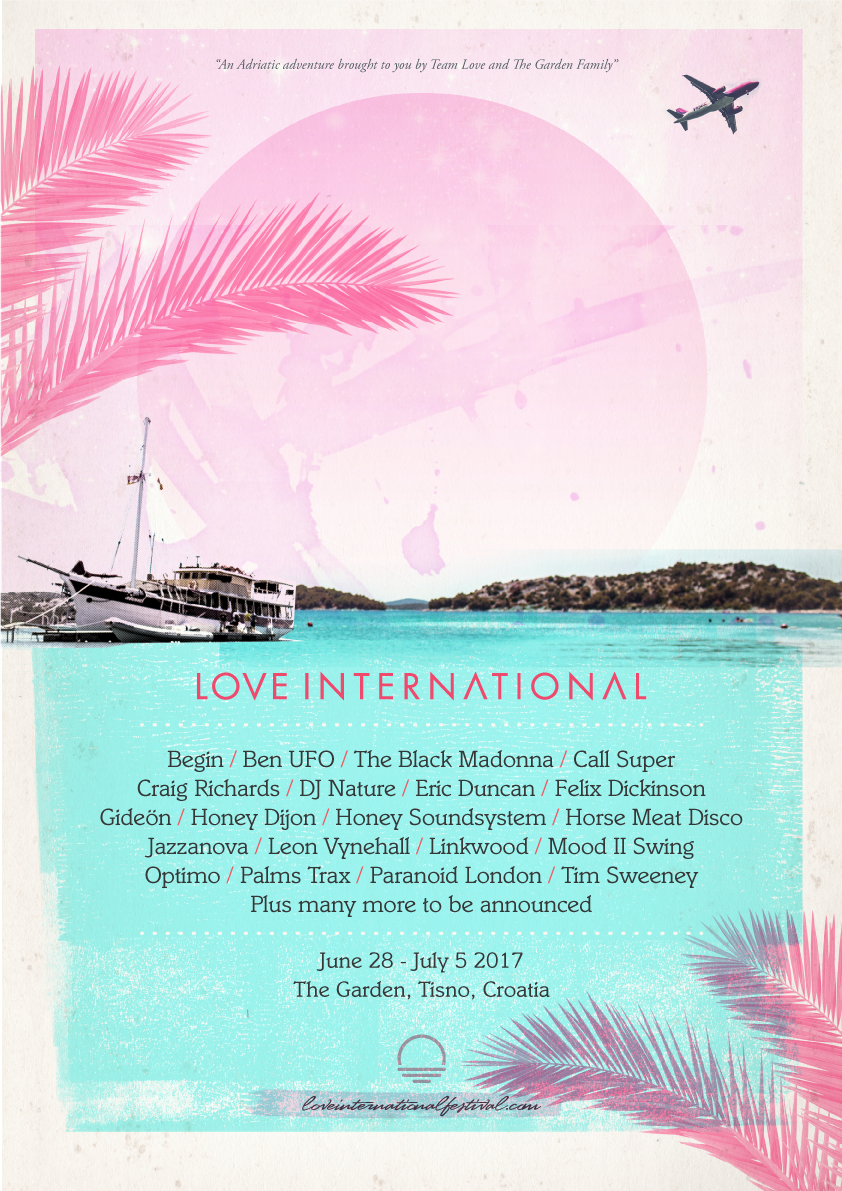