South Asian-focused festival Dialled In has announced the first names set to play its next event, taking place at Hackney venue EartH on 9th April.

Following a successful first edition in September last year, the festival will host a full venue takeover at EartH between 12pm and 10pm, with an afterparty scheduled to take place at Village Underground from 10pm onwards.

Tickets for Dialled In at EartH Hackney are available here.

Dialled In is the brainchild of three collectives: Daytimers, No ID and Chalo. At the beginning of this year, it launched a new series of four informal talks, titled Dialled In: Conversations, at RichMix in Shoreditch. All proceeds raised from ticket sales from these conversations will go toward Afghanaid. The next edition will take place on 9th February. Get your tickets for that here. 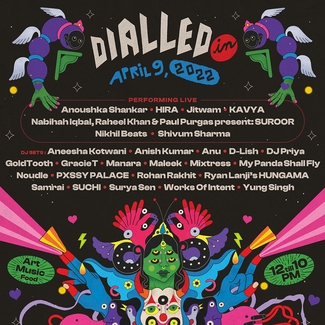