Manchester rapper Meekz has announced a new mixtape, 'Respect The Come Up'.

Out Friday, 18th November through Neighbourhood Recordings, the 10-track release is said to offer "a moment of reflection" for the artist, according to press materials, as he looks over his trajectory in life and music to date.

The rapper has also dropped his Daily Duppy Freestyle, via GRM Daily. Available to watch below, it sees him represent his home city of Manchester and its musical history, and namecheck a number of key UK (ArrDee, Aitch) and US (Young Thug, Gunna, Future) rap figures.

'Respect The Come Up' follows on from 2020 mixtape 'Can't Stop, Won't Stop', and the artwork, which you can see below, gives nods to that past release, as well as 2019 project '6 Figures'. 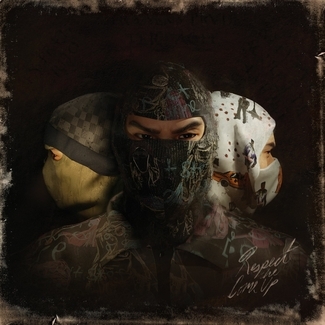 Album of the Month: Meekz ‘Respect The Come Up (mixtape)’

How UK drill’s filmmakers are driving its thriving scene