UNTOLD Festival has finalised its 2022 line-up.

Marking the seventh edition of the Romanian festival, this year's event will take place 4th - 7th August in Cluj-Napoca, Transylvania, and has confirmed the acts completing the line-up at this year's event.

Other artists on this year's bill include Above & Beyond, Amelie Lens, Tale of Us, Major Lazer Soundsystem, Jamie Jones b2b Loco Dice, Raresh, and many more. You can purchase tickets for the event via the UNTOLD website. 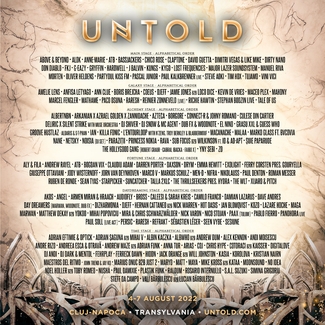