12 emerging artists you need to hear this August | DJMag.com Skip to main content

The latest and greatest DJs and producers rising to the top this month. From UK funky fusions and ferocious techno to celestial house and EBM, here's August 2019's list of upcoming talent you should be keeping track of 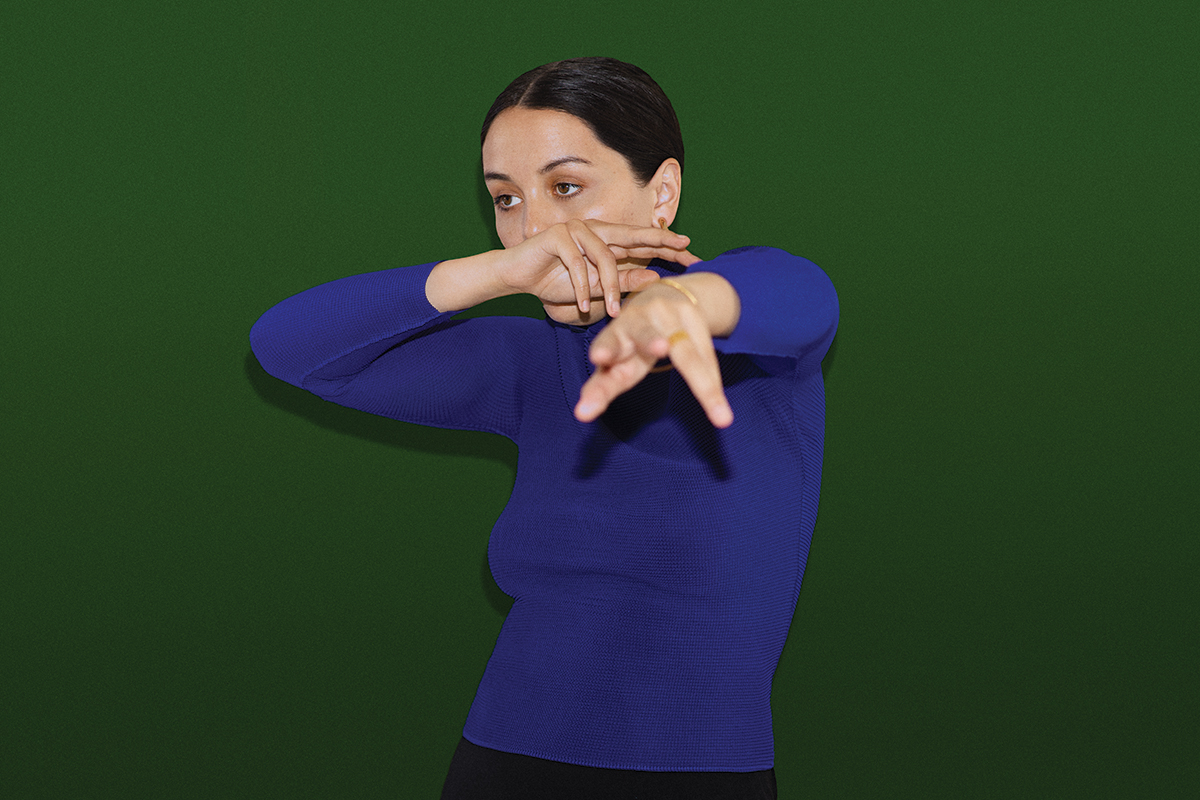 Over the years, enigmatic Sydney-born DJ and producer Logic1000 has been Australia’s best-kept secret. Her self-titled debut release, released on Melbourne-based label SUMAC, married deep house, experimental ambient and UK funky with sketches of old-school garage, all layered underneath UK- centric dance rhythms. The record is tough, like furs draped over big shoulders: a bone-deep, textured sound pushing the production beyond convention. With slippery grooves embedded into every crevice, it feels blistered and broken; musical architecture at its best.

Four Tet’s a big fan, calling her track ‘DJ Logic Please Forgive Me’ one of “the big tracks of 2019” — no small praise. Her DJ sets are playful, combining a crafty use of her diverse taste to get the crowd sweaty and moving. An underrated selector and a producer getting overdue recognition, Logic1000 is attracting attention in all the right ways. With a slew of upcoming releases and appearances, the reclusive artist is poised to grab headlines.

For Fans Of: Roska, Ikonika, Facta 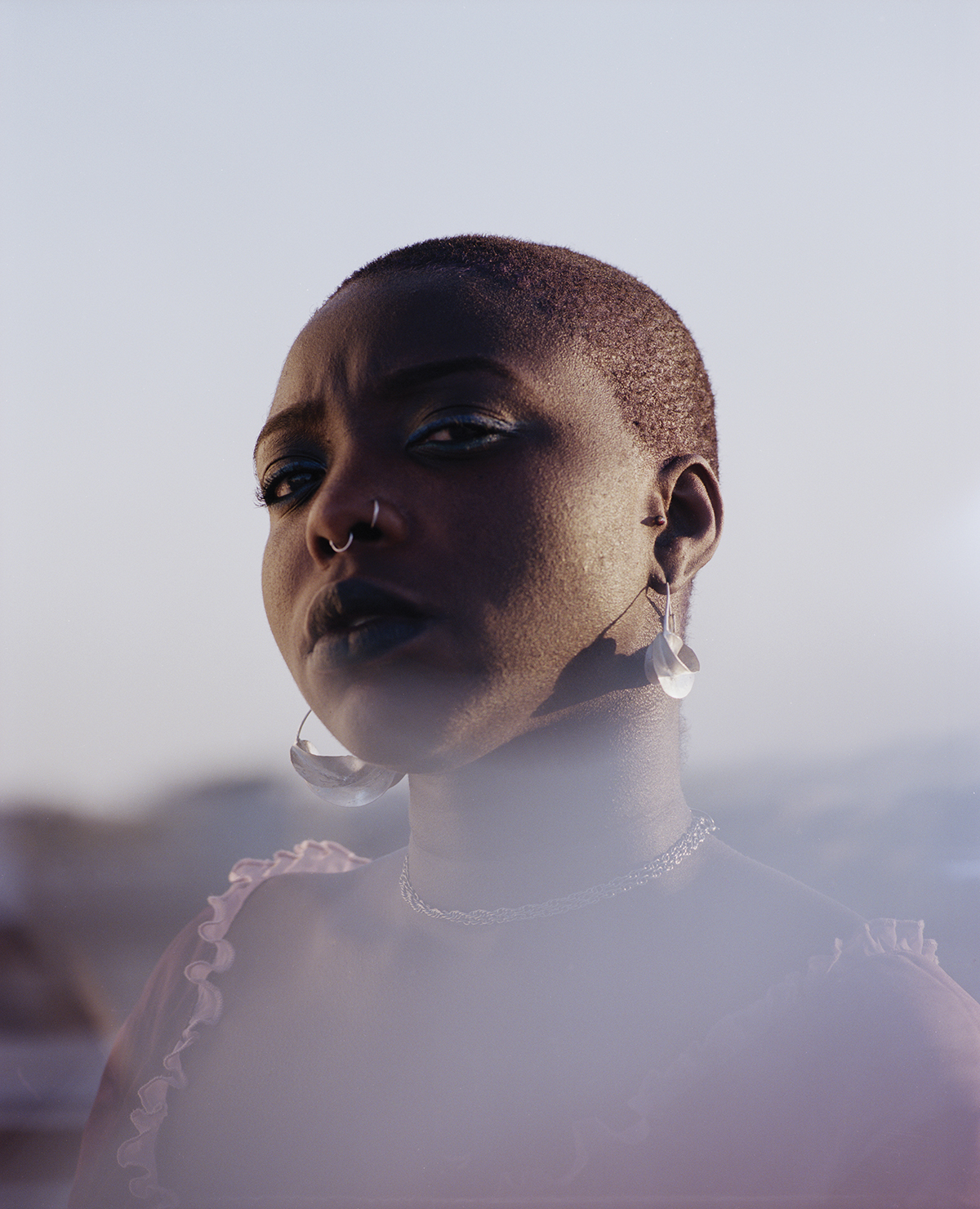 For Brooklyn’s Akua, techno is a broad definition, taking in all manner of styles. Originally from Los Angeles, she’s been getting plaudits all over for sets built from punchy, direct dance tracks, encompassing everything from Underground Resistance’s Detroit manoeuvres to the early trance of Thomas P Heckmann’s 1993 number ‘Art Mechanique’. When she moved to New York in 2015, Akua began to take her DJing seriously, and developed an uncompromising and deeply dug style, stitching together seamless blends of ’90s techno rarities and brand-new beats.

After throwing a plethora of parties, she’s become an underground staple in NYC, while her DJ sets across the US and Canada have made her one of America’s most promising new names. Playing her first European shows earlier this year, she recently performed alongside DJ Stingray and Solid Blake in Amsterdam and appeared at Berghain’s Saule, joining Rinse FM’s summer DJ schedule until September. For a taste of her invigorating rhythms, check out her mix for Boiler Room, full of her trademark raw techno. 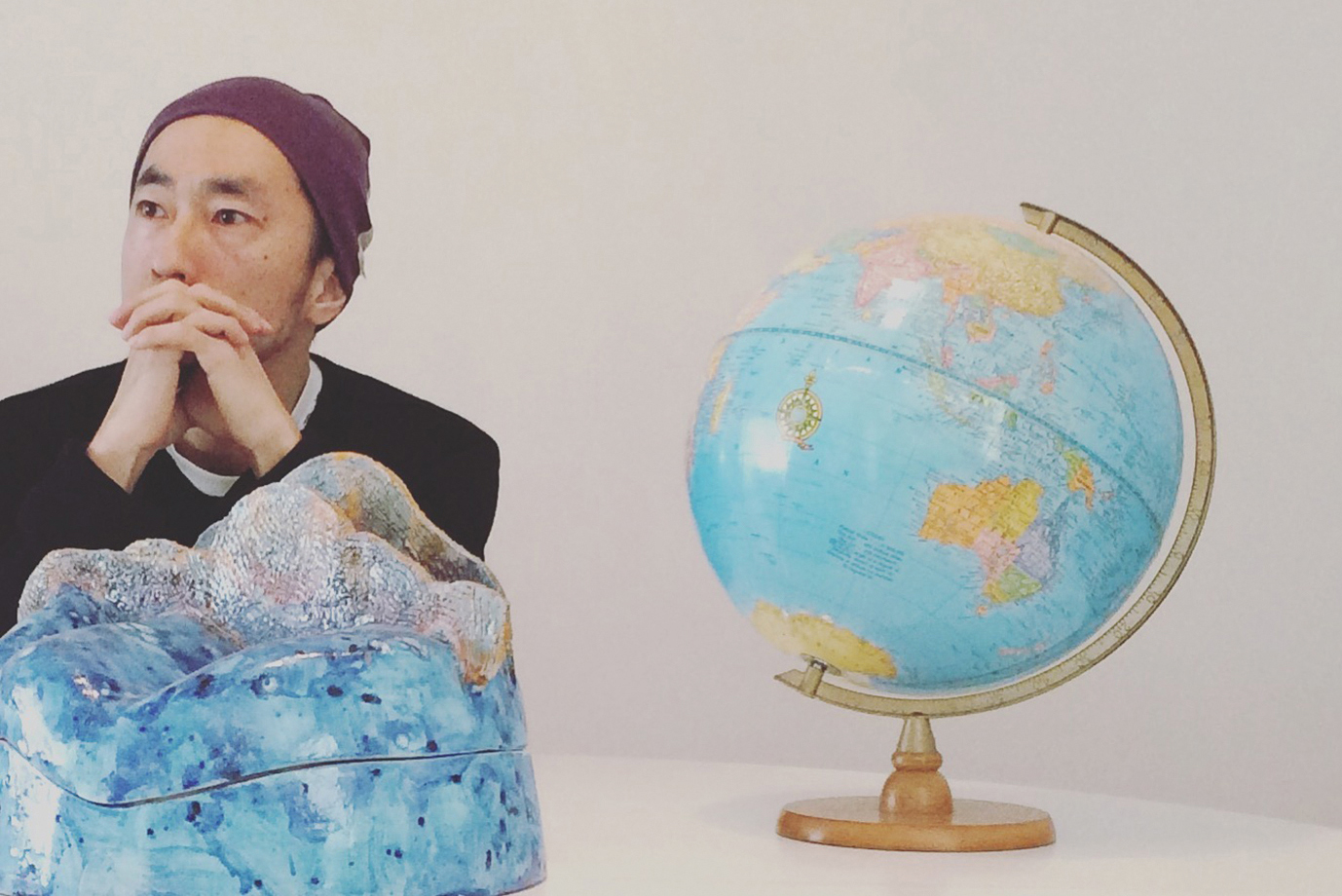 Famed for being a pioneer of the Tokyo underground house scene and gifting the city with dazzling marathon sets, Chida is a DJ guaranteed to take you on a journey. His impeccable taste is reflected through his label Ene, which boasts a catalogue of contributions by wizards such as Prins Thomas, played out by the likes of Ivan Smagghe. Chida’s own productions are short in quantity but high in quality.

The atmospheric, punchy ‘Danca’ (2011) and ALFOS-style ‘Aoyama Tunnel’ (2016) signify his slick, majestic sound. A hectic summer has seen him play a series of exciting gigs, including a standout performance at Alfresco festival in Kent. With fresh remixes on the way, brand-new material under his alias Mascaras set for late summer, and continued worldwide bookings, Chida is unquestionably an artist you should get familiar with. 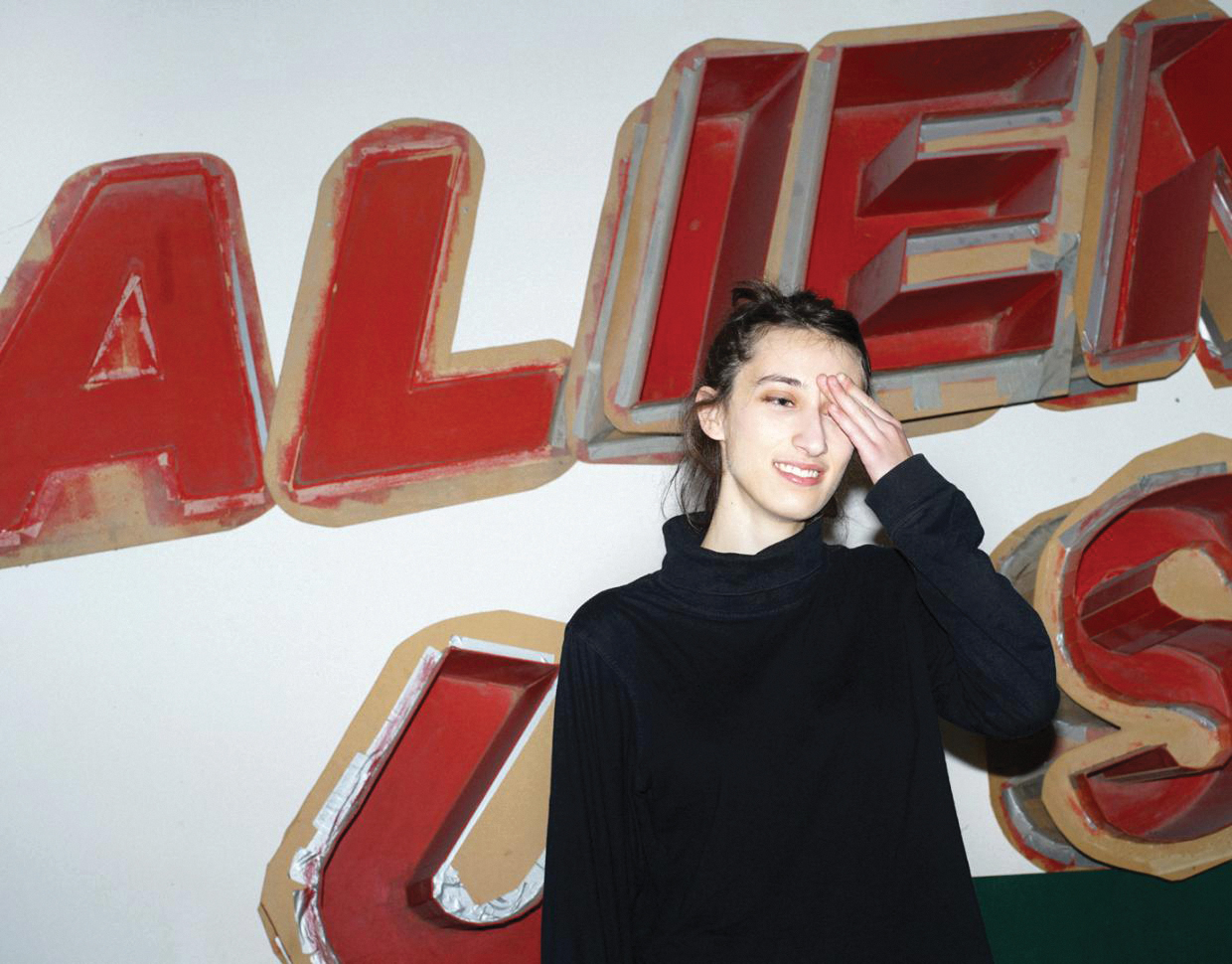 Her take on techno is abstract, frenetic and eccentric, incorporating elements of post-industrial glitch, punk and bleep. Many of her tracks are made during live jam sessions, drawn from her live performances, using musique concrète production methods. Though they still rock a dancefloor, as shown most recently with the June release of her ‘Lon Lon Night Vision’ EP on Erol Alkan’s Phantasy Sound, which featured a superbly dizzying remix by Laurel Halo.

She’s also a regular with the Room 4 Resistance crew, and plays all over Berlin, the UK and across Europe. Check out her monthly Deep Puddle show on Cashmere Radio under her alias, DJ Puddle. Proper footwear encouraged. 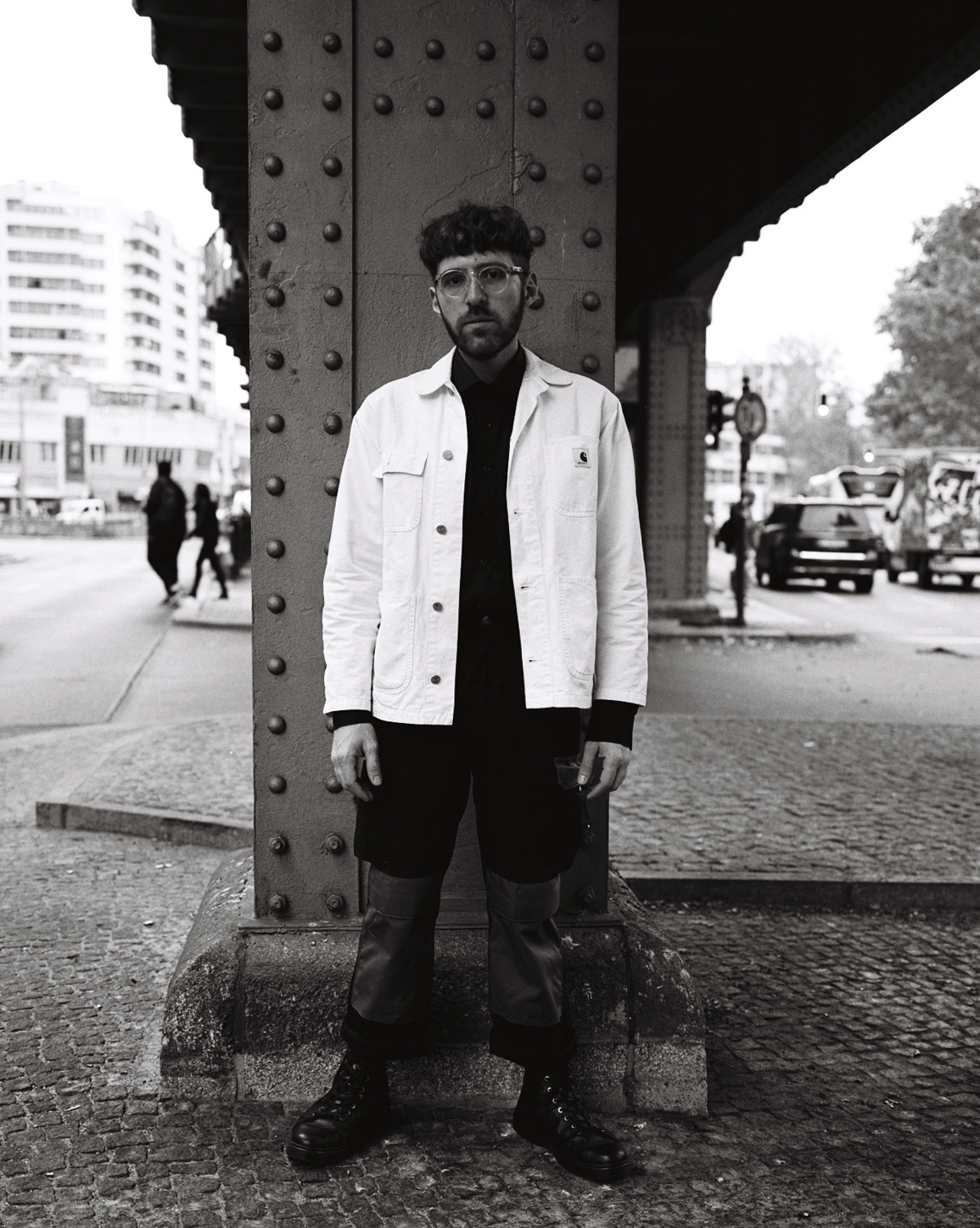 Kris Baha’s slow industrial dance tracks have made him a figurehead for the EBM revival. Originally from Melbourne, and now based in Berlin, his tracks continue the lineage of Australian electronic pioneers like Severed Heads and the leather-bound, strobe-lit throb of acts such as Front 242 or Nitzer Ebb, adding a crunchier modern aesthetic drawn from techno. Putting out a succession of dangerous and murky EPs via labels like Pinkman, She Lost Kontrol and Cocktail d’Amore — all dry ice and drama — his latest EP, ‘My Master’, features his vocals throughout, pitting rush-activating synth sequences against skittering drum machine beats and drop-hammer clanks.

Baha’s own Power Station label (originally launched to complement his hometown club-night) has become a home for other EBM-inspired artists, and with that industrial sound having such a moment, he’s on the ascent.

For fans of: Identified Patient, The Hacker, Black Merlin 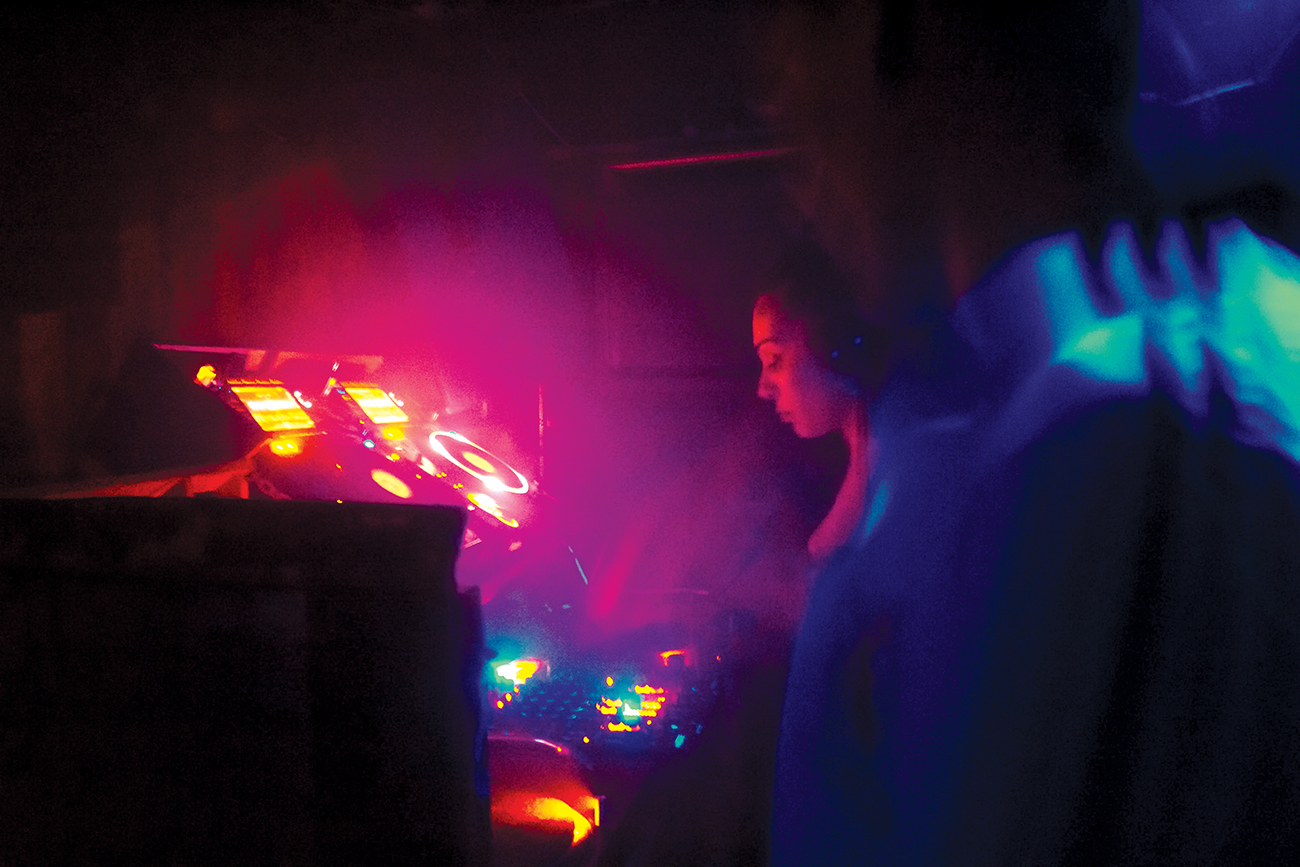 Outside of retail, she began to mix using her housemate’s CDJs and expand her sonic library. GiGi now stands out on the UK scene for her spirited and sometimes bizarre taste in music, which can bounce from trap to breakbeat to techno, enticing her audience from the get-go. Currently a Netil Radio resident, GiGi is known to sharply switch genres while emitting infectious energy on air and beyond. Production-wise, GiGi has played a few of her own mutations out and about but more on that later on in the year. 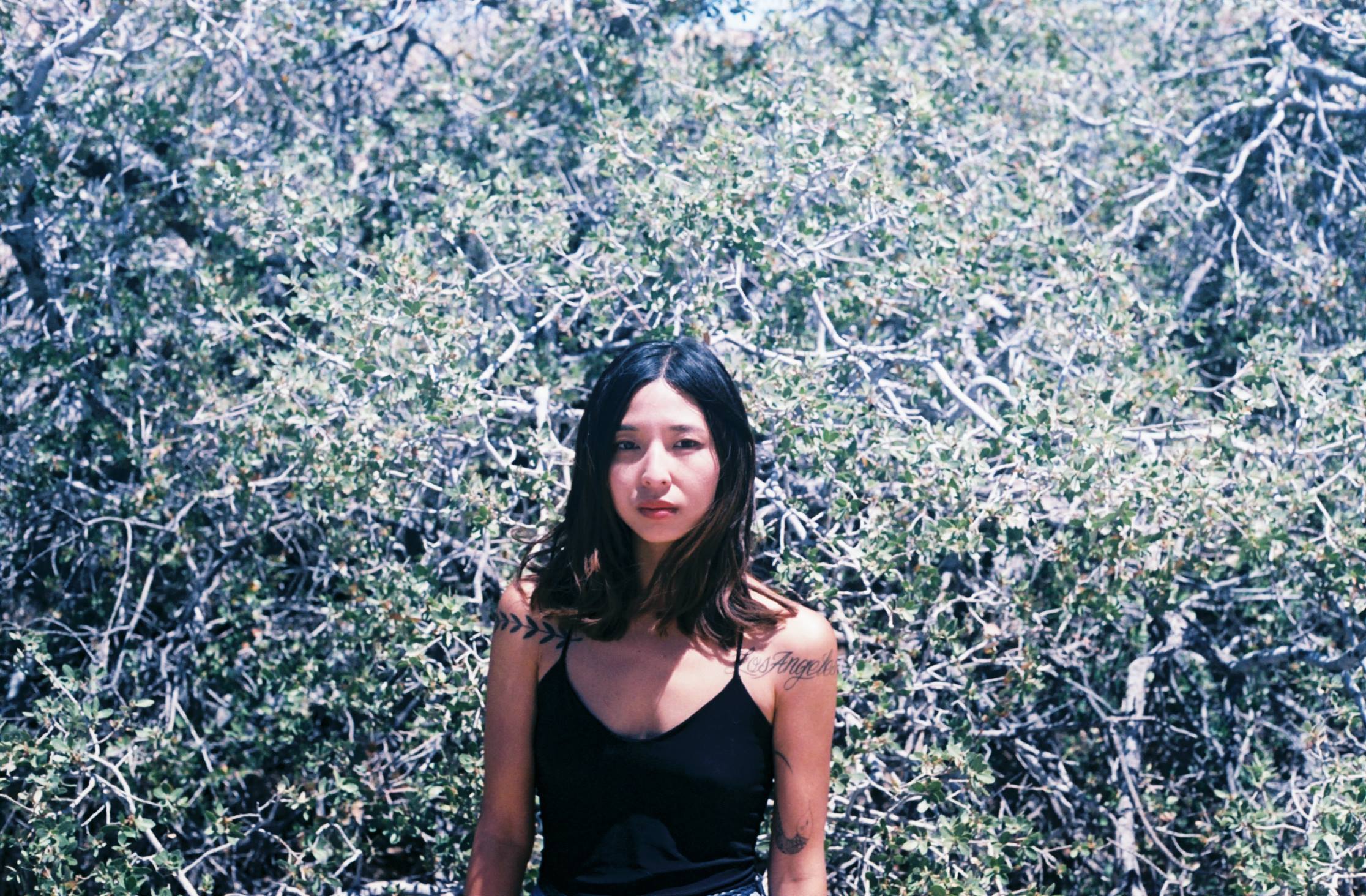 Los Angeles-based Stella Ahn, a video installation artist and experimental electronic music producer, has already seen performances at Mutek MX and Red Bull Music Festival. In June, she released the ‘Mirror River’ EP under her Amazondotcom moniker on outsider label Subreal, devoted to idiosyncratic, dancefloor-ready releases. The EP contains four tracks of coiling, unfurling rhythms, and plenty of bleeps and bass, recalling the potent, rhythmic energies of the UK hardcore continuum. Using her shamanistic philosophy to guide her productions, Amazondotcom sequences bird noises, the sounds of trees and people in crowds to form something entirely different — a combination of experimentation and seriously dancefloor-destroying tunes. 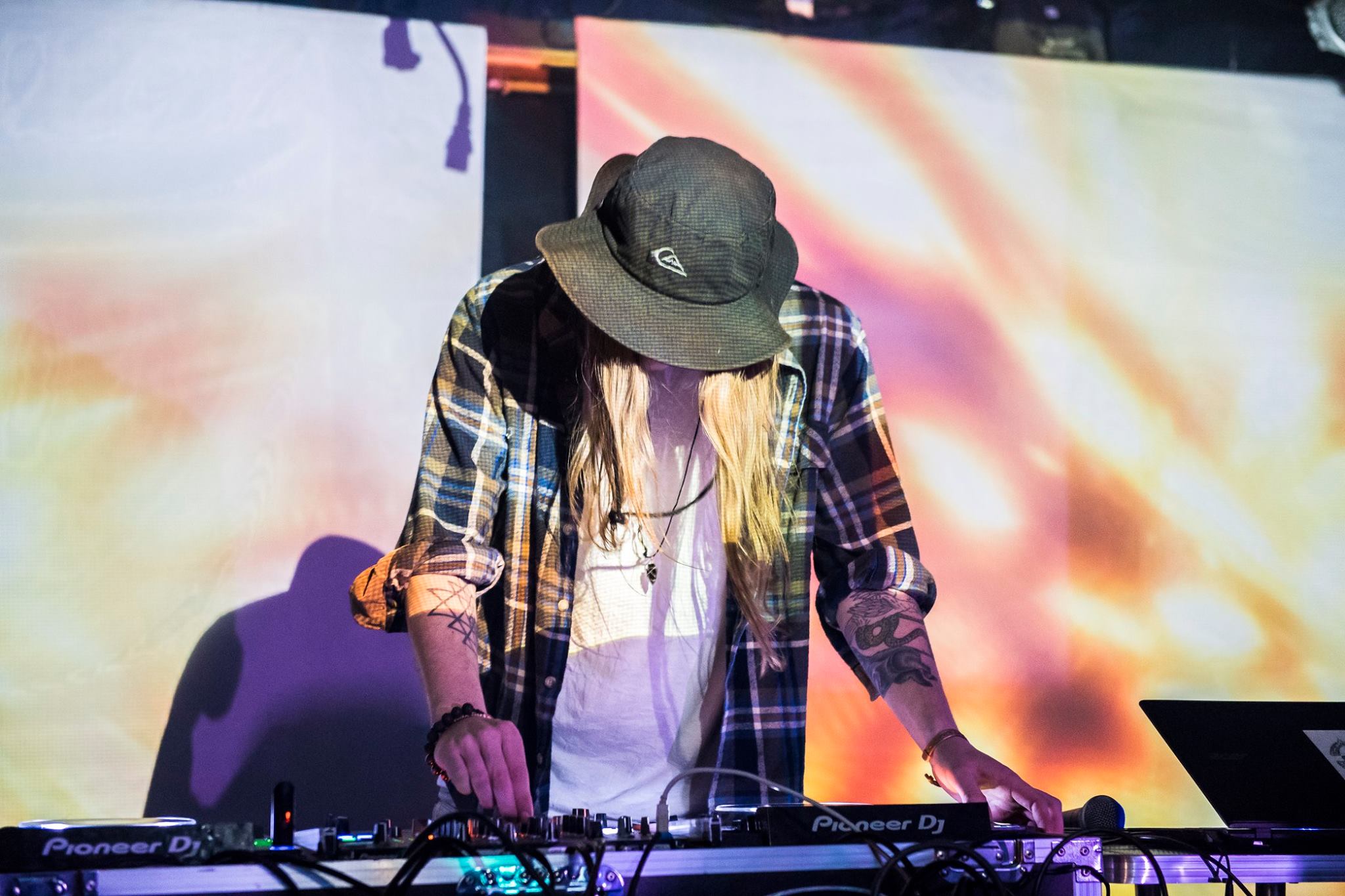 Recently appearing on festival line-ups such as Elements Lakewood and Yonderville, iX takes his talents to Portland in August with New York production company H<3art Beats, where he will make his West Coast debut as part of the official Shambhala Music Festival pre-party series.

For fans of: Bassnectar, CloZee, Charles The First 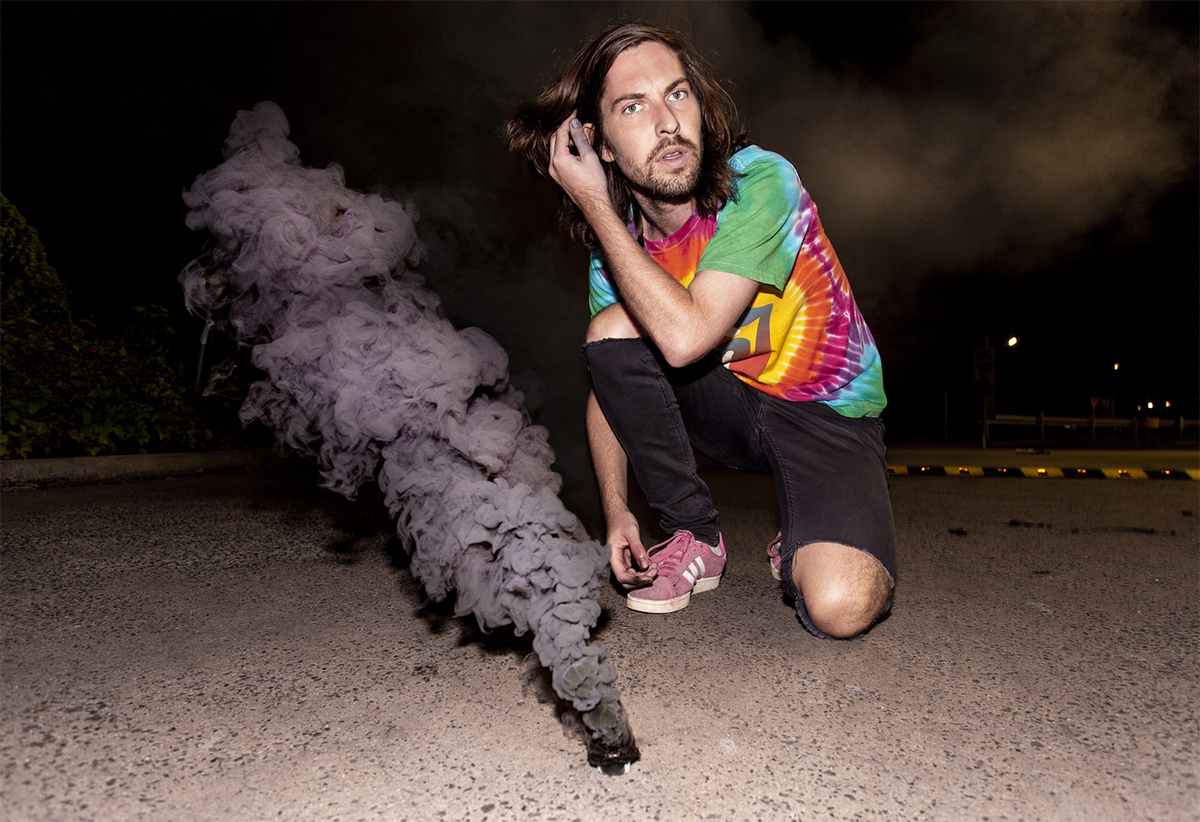 This summer, he’ll also become a recognizable face in Ibiza, following the launch of his six-week residency at Ushuaïa. This has proven to be a productive year for studio work too, as O’Brien’s popular ‘You Do You’ mix series has transformed into a record label that encourages artists to do just that. Its debut release was Generik’s own ‘Tony,’ an upbeat house tune featuring the familiar vocals of R&B singer Toni Braxton. It’s a sweet preview of much more to come. 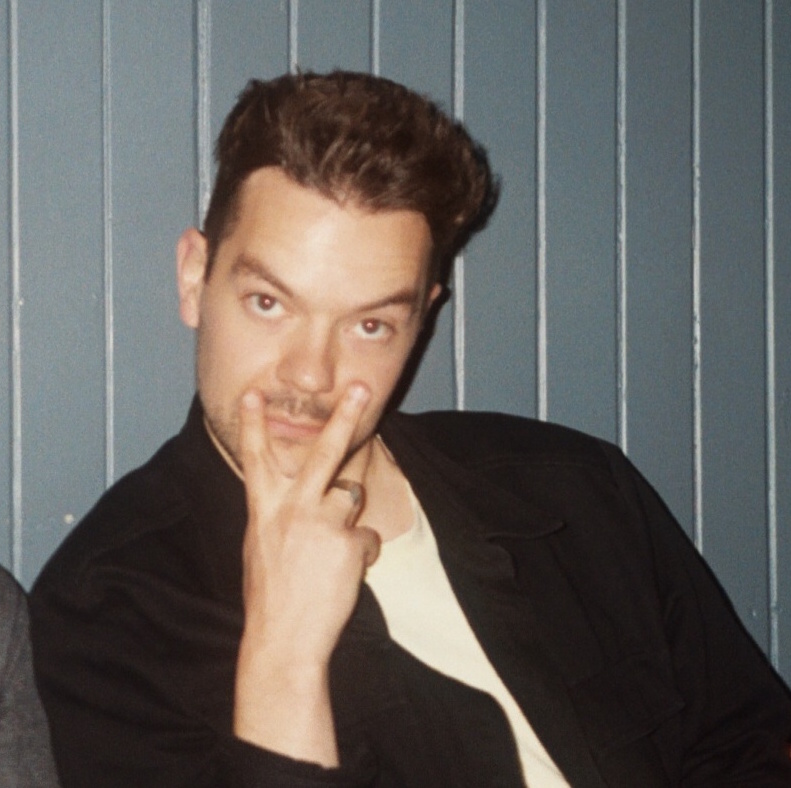 Previously one half of Ireland via Scotland duo Hi & Saberhägen (who chalked up releases on Midland’s Intergraded label), under his new DJ Küsse alias, Pete McMinn has ushered in a Berlin club-night, as well as a new label, Sensible Seleen, an outlet for Kompakt-like gossamer-delicate house. Sensible Seleen’s first release, DJ Küsse’s ‘Gone (99 Mix),’ is comprised of gentle woodblock percussion, garbled vocal reprises, and a synth line redolent of ATB’s party classic ‘9PM (Till I Come’), but shorn of that tune’s cheesy Euro trance energy. As much of dancefloor culture moves in a decidedly uptempo, high BPM, high-energy direction, DJ Küsse proves that there’s still plenty of life in minimalistic, mellow productions. 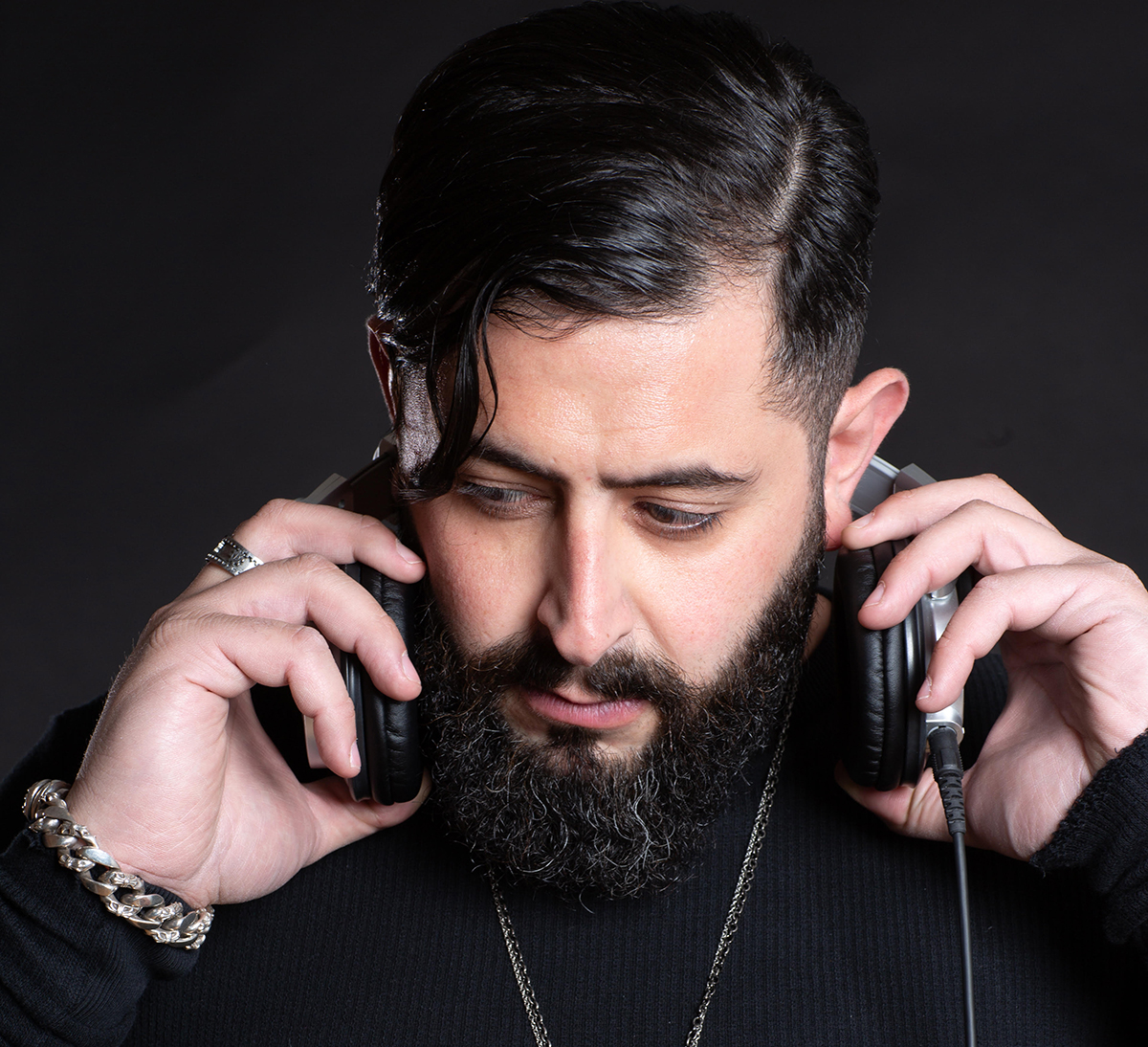 Born in Israel and based in Brooklyn, Shalev’s rich compositions are as diverse as his background. Though he started his musical journey as a member of a Black Sabbath cover band, he was eventually drawn to the decks after a night out at New York City’s Crobar, where he witnessed a set from the legendary Danny Tenaglia. For more than two decades, the underground producer has dabbled in a variety of styles, crafting mixes and original productions influenced by Mediterranean and classical music, as well as the popular rock ’n’ roll he followed in his youth. Brimming with bubbly piano chords and ethereal strings, Shalev’s intricate house and techno-centric beats are built to accommodate any occasion, with his ‘Intro To Summer’ and ‘Masquerade’ recordings proving just that.

For fans of: Arina Mur, Fabïan, No Regular Play 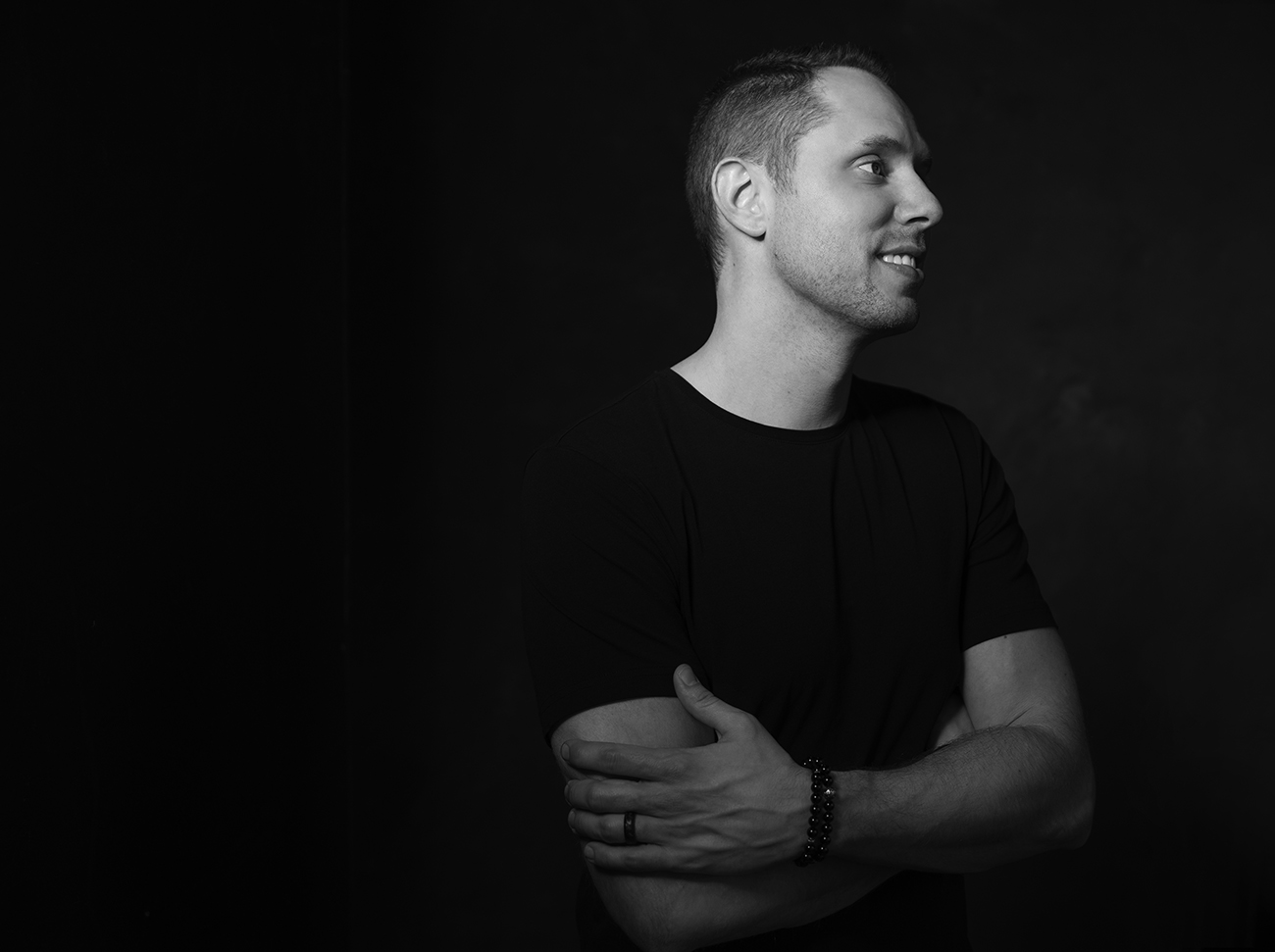 Dubfire isn’t the only titan to turn up the heat in D.C. For more than 16 years, J Swink has been doling out his own unique brand of techno and deep house from the heart of the U.S. capital. A familiar face to D.C. club-goers, J Swink has shared the decks with scene heavyweights Green Velvet, Sharam and Erick Morillo. Much like these peers, his talents have garnered attention overseas, leading J Swink to be featured on Ibiza Live Radio twice. His recent ‘Higher Power’ EP (co-produced with Charles D) features two driving dancefloor heaters.

Both ‘True’ and the EP’s title track find elevation in their dramatic builds. These kinds of head-turning productions, paired with his keen ability to read a crowd, are just two reasons why J Swink has long been lauded as a hometown hero.

Check out our emerging artist features from June and July Features
Six emerging artists you need to hear this November Features
Six emerging artists you need to hear this September