Guti: How I Play Live | DJMag.com Skip to main content

Guti: How I Play Live

Guti's background as an accomplished jazz pianist and his passion for electronic music has seen him morph a live show steeped in traditional musical influence. It's very much a club-friendly affair though, with rolling tech-house beats and considered melody stabs layered across bouncing sub bass. Despite his dancefloor-focussed sound, he's adamantly rejected the art of DJing in favour of bringing his studio philosophies to the booth.

We caught up with him to find out more about how his show works, why live jamming will always be king and why he'll never DJ.

What made you want to play live beyond just DJing?
"Well, I am simply not a DJ. I am a musician, I've been a musician my whole life and it's the natural evolution of things for me. When I play solo or with my project with Francesco Tristano [Another Paradise], I see it as a band where I play instruments and create music."

What were the biggest challenges in putting your live show together?
"The amount of music you have to make! I tour heavy like the DJs and [it's] always with my own music. The risk of getting bored with yourself or losing the love for it is always there. I have an outburst of fury when making music [and] I have to let it out. When I have new music, I feel good and I wanna share it."

What does your setup consist of?
"It's always different for this solo tour. I have an [Akai] MPC Live, Native Instruments Maschine, some external effects and of course a conga pad – it's the year of the conga! With my project with Francesco Tristano, we have a million synths, a grand piano, a modular system. But also, we just do a couple of shows a year so we can gear up!" 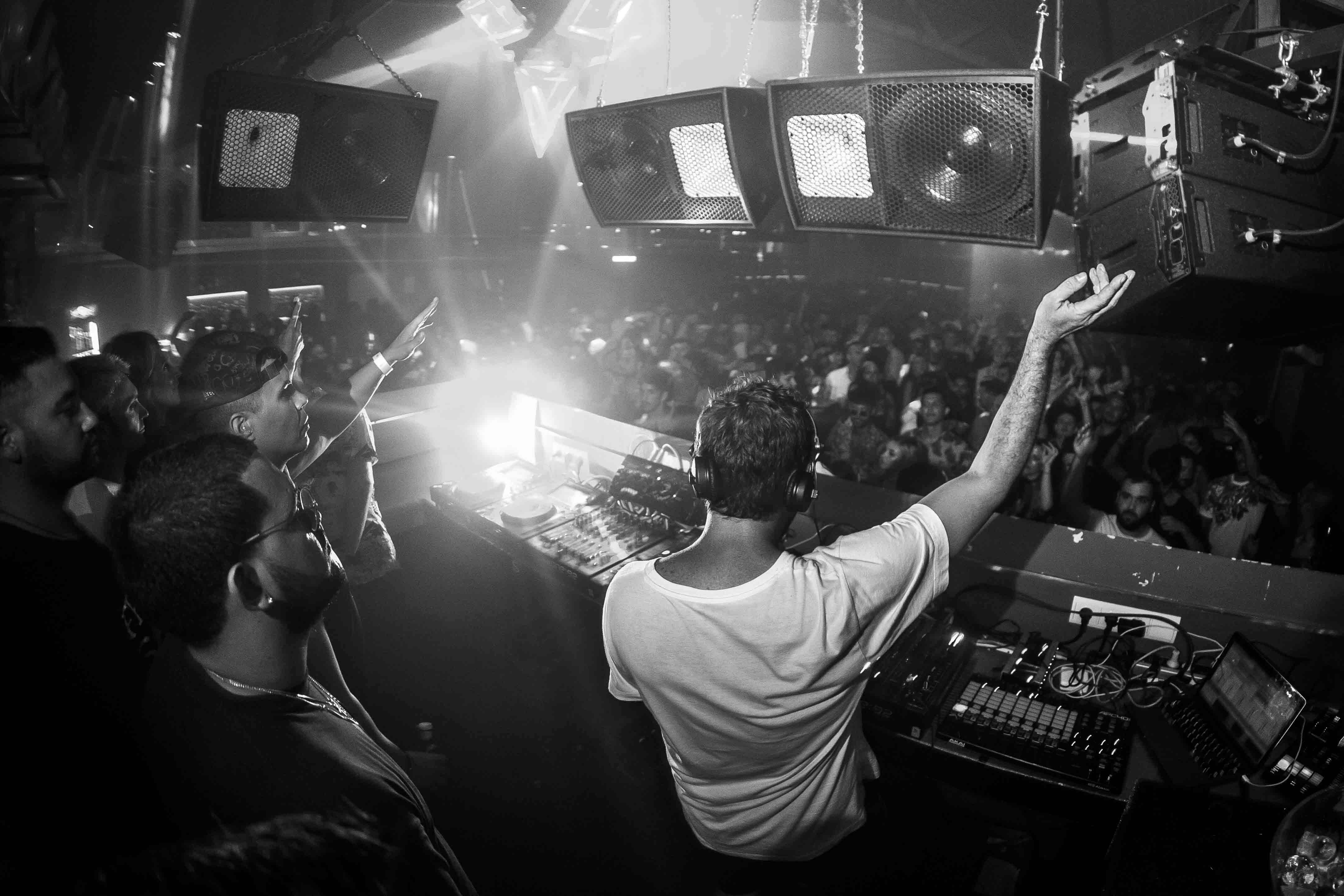 What would you change about the setup if you could?
"I would bring everything – play live how I jam in the studio. But touring is different – the logistics, carrying everything, the stress. You always try to go light and have fun."

What do you think is behind the current rise in live electronic music, in both more artists playing live and more tech companies creating kit specifically for live?
"This generation of new producers are discovering the fun of jamming. I wouldn't say companies are focused on live performance but more into live jamming. Kids just wanna have fun."

"We have the Seth Troxlers and Craig Richards, we don't need Guti DJing"

What are the creative limitations of playing live? Would you recommend alternating between DJing and live to keep things fresh?
"The limitations are your creativity and your hard work. I will never DJ. I respect it as an artform and I admire it but I am not interested. We have the Seth Troxlers and Craig Richards, we do not need Guti DJing."

As the lines blur between what ‘live’ is – running a drum machine alongside a DJ set, or a full-blown laptop-less hardware setup – what do you think is next for performance in the club?
"I still believe in the music aspect of it. I hope there are great musicians, producers and DJs coming that will inspire us and makes us fly."

Guti's new album 'The Year of the Conga' is out now