Jan Blomqvist: How I Play Live

The German producer fills us in on how he built his iconic live show...

Jan Blomqvist’s seamless journey through dreamy electronic pop and groove-driven techno-inspired club tracks has seen him play every major festival and club on the planet. With basslines and melodies that playfully interact, it’s clear his inspiration comes from more classic song structures, while his live shows allow him to explore the endless sonics of electronic music.

We wanted to find out more about his epic live performances, how the setup works and his inspiration when he gets on stage.

What made you want to play live beyond just DJing?
“I always missed something in the clubs. I loved the electronic vibes, but somehow it was always the same after a while. So I started thinking of what could improve my feeling on the dancefloor. I thought it would be very interesting to combine my two favourite genres: deep house or electronic music plus brit pop and rock ’n’ roll live feelings. As soon as this idea was in my head, I couldn’t stop working on it. I was sure it will be a massive thing and could turn out to be a very satisfying thing for me.” 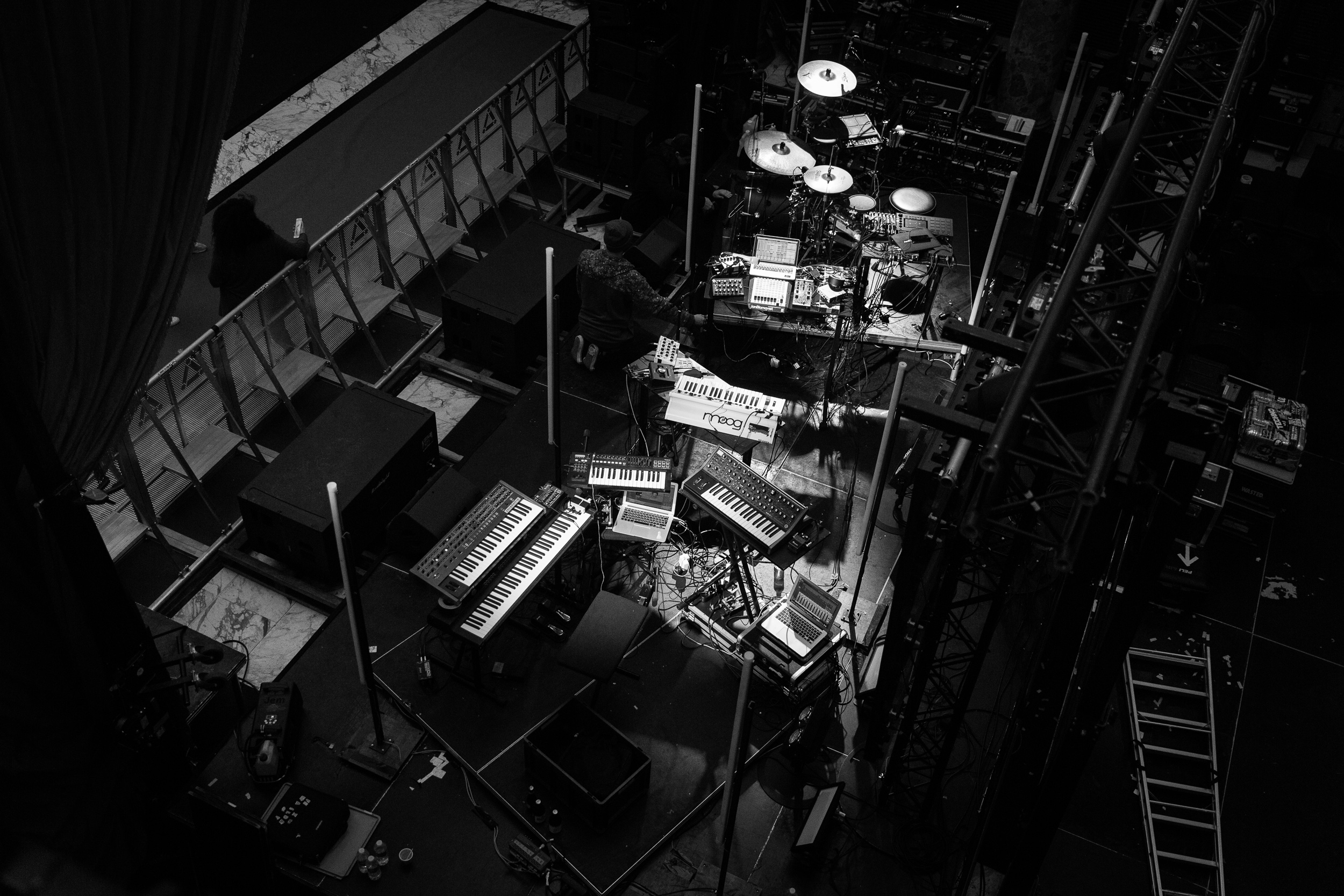 What were the biggest challenges in putting your live show together?
“The MIDI system! It’s not easy to program your session so that it runs 100-percent as you want it. All these analogue instruments that can only be controlled with a 30- or 40-year-old MIDI technique. We had many fights with our synths.

“Also the microphone feedback was a big challenge in the beginning. Normally on a big live stage, it’s kind of quiet so it is easy to work with a mic but, in the clubs at the DJ booth, it is normally so fucking loud that you can’t run a microphone without getting crazy feedback noise all the time. So we started to work with in-ear monitoring and also I developed my personal special technique to shut down and open the mic with a MIDI controller. So whenever I don’t sing, the mic channel gets closed automatically by my right hand, which is always in control of the fader."

"In the DJ booth, it is normally so fucking loud you can’t run a mic without crazy feedback"

What does your setup consist of?
“For our album tour we have quite a big setup. There are Christian’s drums and Felix’s keys – we have several synths on stage, namely a [DSI] Prophet-6, [Moog] Sub 37, Little Phatty and two Minitaurs. For the synths, we have kind of a hybrid setup, so they are triggered via MIDI or can be played over the keys and they have some automation and program changes, but still we have the opportunity to turn all the knobs. The control centre is my Ableton [Live setup], with a pretty complex session. For connectivity on stage, we have some audio interfaces from RME and UAD, as well as MIDI interfaces – and a lot of cables!”

What would you change about the setup if you could?
“If I could, I would like to get rid of the computers. Not completely, but [for] some tasks [it] would be nice to have some proper outboard or a good console. But because we also have a lot of flights, we are a bit limited. The good gear is mostly in 19-inch units, which is not so handy.”

What do you think is behind the current rise in live electronic music, in both more artists playing live and more tech companies creating kit specifically for live?
“In electronic music there was always a small line between being an artist or a tech nerd. Electronic music is depending on tech companies. So whenever a new instrument or system or whatever comes out, the electro artists go crazy on it. It is a classic love-hate relationship.

“Artists need new sounds and new ideas [about] how to create music to keep their productions fresh and keep growing because electronic music is changing all the time like no other genre. But artists will never be satisfied with a new product; they always find anything to complain about of course. But also the tech companies really need creative artists to show the world what is possible with all their new products. In a perfect world, the nerds and the artists would talk even more to bring the development of hot new shit [to the] next level, then maybe both might [would] be satisfied finally.”

What are the creative limitations of playing live if any?
“I think there are no limits. Playing live with an instrument is always way more inspiring than working with a computer. An instrument can even become the perfect mirror of your mind. A computer is more like the library of your brain I think. For us as a band, everything takes longer because we are three freaks instead of one. We need to come together on the same point somehow. We have to do rehearsals, so we need time.”

Does a dancefloor feel or appreciate the effort that goes into a ‘live’ set in your opinion? Has the audience’s reaction changed since you first started performing?
“Yes definitely. In the beginning, many people didn’t even realise that I was playing live, they called me a DJ. I was asked often about who my tracks were by and when I told them that it’s all my own productions, they thought I was making fun of them. Today everybody knows that I’m not a DJ and that I play my own productions only. People even come to my shows to listen to my tracks. It is more like pop music concert. The people know exactly what they will get and they even wait for their favourite tracks of mine.

“Also I think the effort of playing live gives more emotions to the dancefloor – it is more personal and unique but then, on the other hand, it’s kind of the same show every year.” 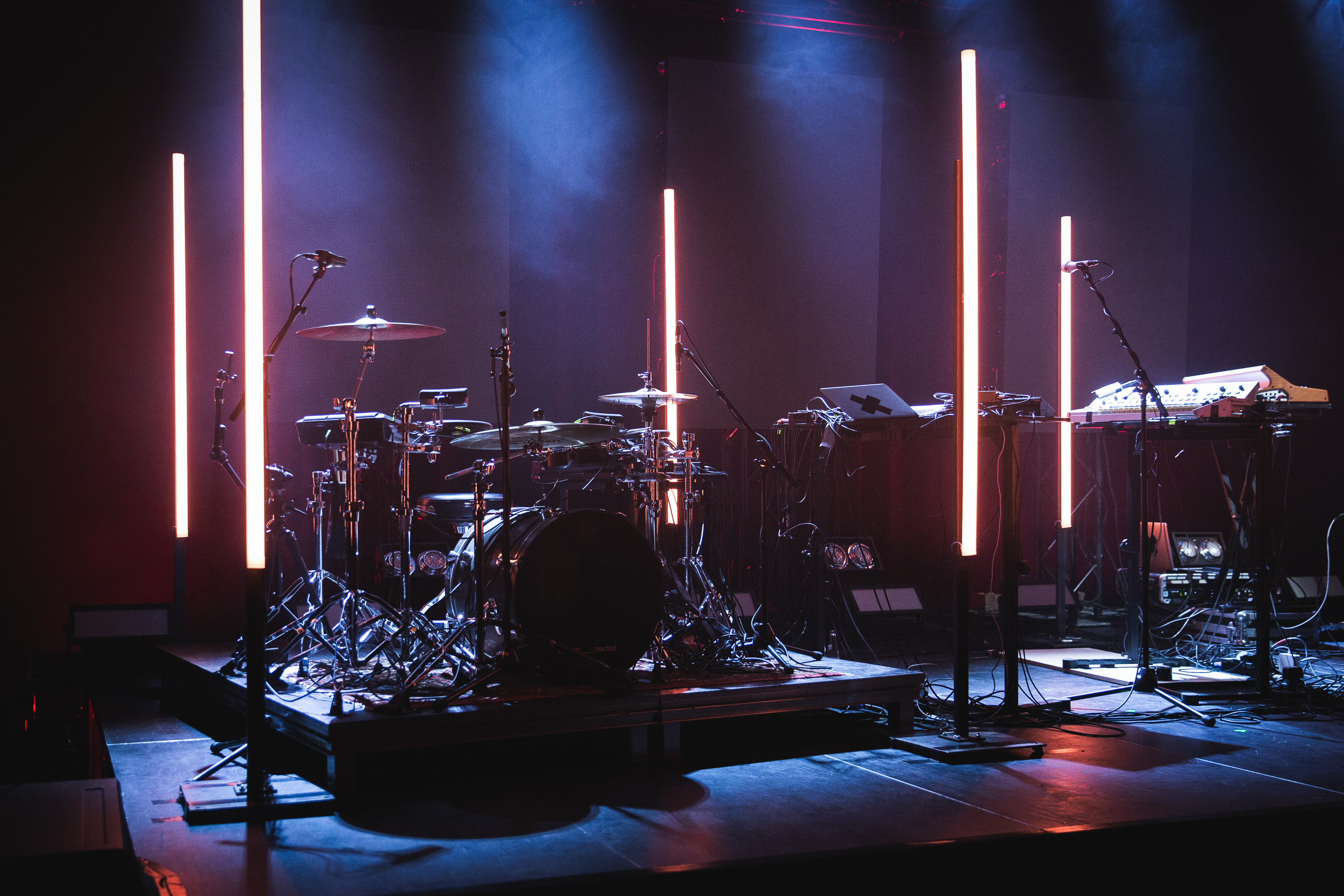 What would be your advice for a producer wanting to take their music live?
“Do it! Be patient, trust yourself, give yourself some years to practice. It is a long journey but it will make you very happy in the end.”

As the lines blur between what ‘live’ is – running a drum machine alongside a DJ set, or a full-blown laptop-less hardware setup – what do you think is next for performance in the club?
“I pretty much believe that the band thing will become even bigger over the next few years. So hopefully all the tech companies will develop some new equipment that makes it easier for us to perform.

“Electronic music culture grew so fast in the last few years that we can call it pop music already. Of course, I know that many people prefer to keep it a nice and cosy underground scene, but from a realistic point of view, this won’t happen honestly. The club scene has definitely arrived in the world of pop culture. So the next steps are obvious: It will be more and more about professional entertainment. This might sound terrible for most of us who love the underground vibes but I want to try to see it in a more optimistic perspective, so I focus on the parts that I like. And what might be really fascinating in the next [few] years is the live visual and light system thing, which will go hand-in-hand with the music. So it will be the next level for us to create new art with new media. Not just music but a combination of different art formats – this can be really interesting.”

How hard is it to translate the ‘sonics’ of a live instrument on a club system, given that most dancefloors will be used to mastered, compressed tracks and sounds. What advice would you give for achieving this?
“Compress and master! [Laughs] Fortunately there are more and more devices that will manage the job even without latency. Due to the lack of space and weight of the luggage, you have to get a bit creative, but there are solutions. It’s getting more complicated when you add some microphones to your setup. In particular, in some clubs, they place the main speakers in the worst positions to eliminate feedback. So it’s sometimes kind of a challenge to find the right amount of compression without having constant feedback.”