Take the power back: We ask five artists why voting in the US midterms is essential | DJMag.com Skip to main content

Take the power back: We ask five artists why voting in the US midterms is essential

Ahead of the midterm elections in the United States, DJ Mag speaks to DJs and producers on the importance of making your vote count on 6th November...

"One single vote can change history.” These aren’t the words of a president, historian or politician of any kind, but of Detroit techno hero Robert Hood, who knows the value of voting better than many. Hood didn’t see the importance of casting his vote when he was in his twenties, until he told an older co-worker he didn’t feel the need. “She tore me to pieces,” he says. “She read me the riot act, and asked, ‘Do you know how many people have died for you to cast your ballot?’”

Hood wasn’t alone in his youthful apathy, and the situation among millennials hasn’t gotten much better since. Eighteen-to-thirty-five-year-olds are roughly 31 percent of the overall electorate in America, giving them enormous political power. But that power is rarely put to its fullest use: just 49 percent of eligible voters from that generation voted in the 2016 presidential election, compared with 69 percent of eligible baby boomers. And in the midterm elections, the numbers are always much worse.

Many 2018 midterm elections are neck-and-neck, with races that will likely be decided by just a few thousand votes — possibly less. These elections are pivotal to reshaping the Congress and Senate this November into a place where more young, progressive, female and minority voices are heard. But in 2018, many see the midterms as more than a chance to change who’s in office. They could decidedly alter the course of the country’s future.

Along with Robert Hood, we spoke to Noncompliant, Gunnar Haslam, Ambivalent and Heartthrob about why they think now is such an important time to vote. 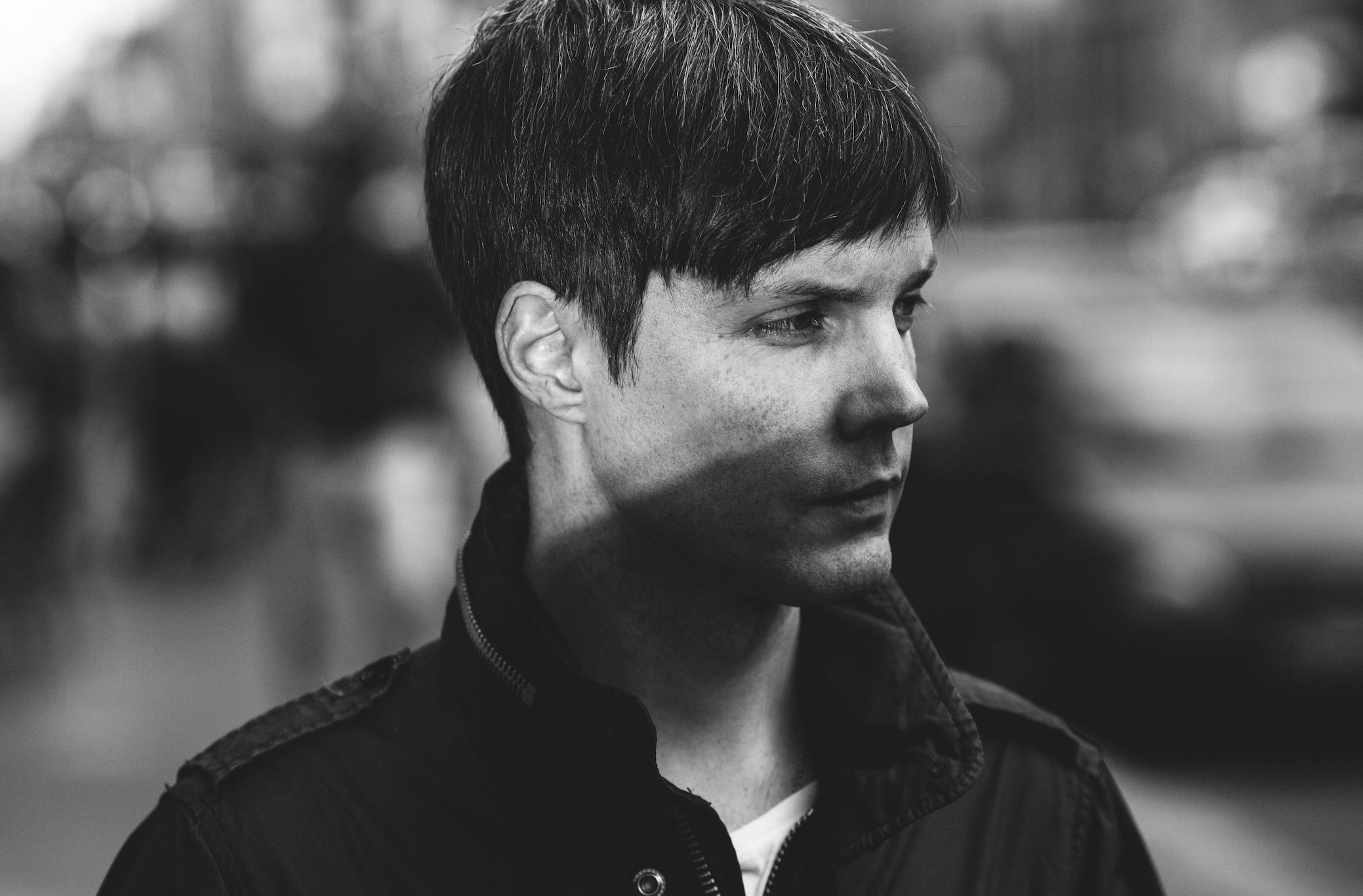 Ambivalent
“I want to give you a few things to think about when you’re considering whether voting makes a difference. In 2016, twice as many people attended Ultra Music as decided the Presidential election. Eleven thousand people tipped the balance of Michigan to Donald Trump in 2016. That’s 10 percent of the attendance of Movement Festival that year. The 2000 election of George W. Bush was a result of a margin of less than 2,000 votes in Florida. If everyone who went to Space Miami on a weekend met at the polling station the following Tuesday, Bush wouldn’t have been the President.

"Bush’s victory led to the deaths of over a million people in Iraq and Afghanistan. Trump’s victory led to the incarceration, separation and traumatization of 2,000 refugee children, the dissolution of the Paris Climate Accords and two lifetime appointments to the Supreme Court, changing the face of US law for a generation. Go to the club, go to the festival, go to the rave. And while you’re there, remember that it only takes the number of people in that room to change the world for the better.” 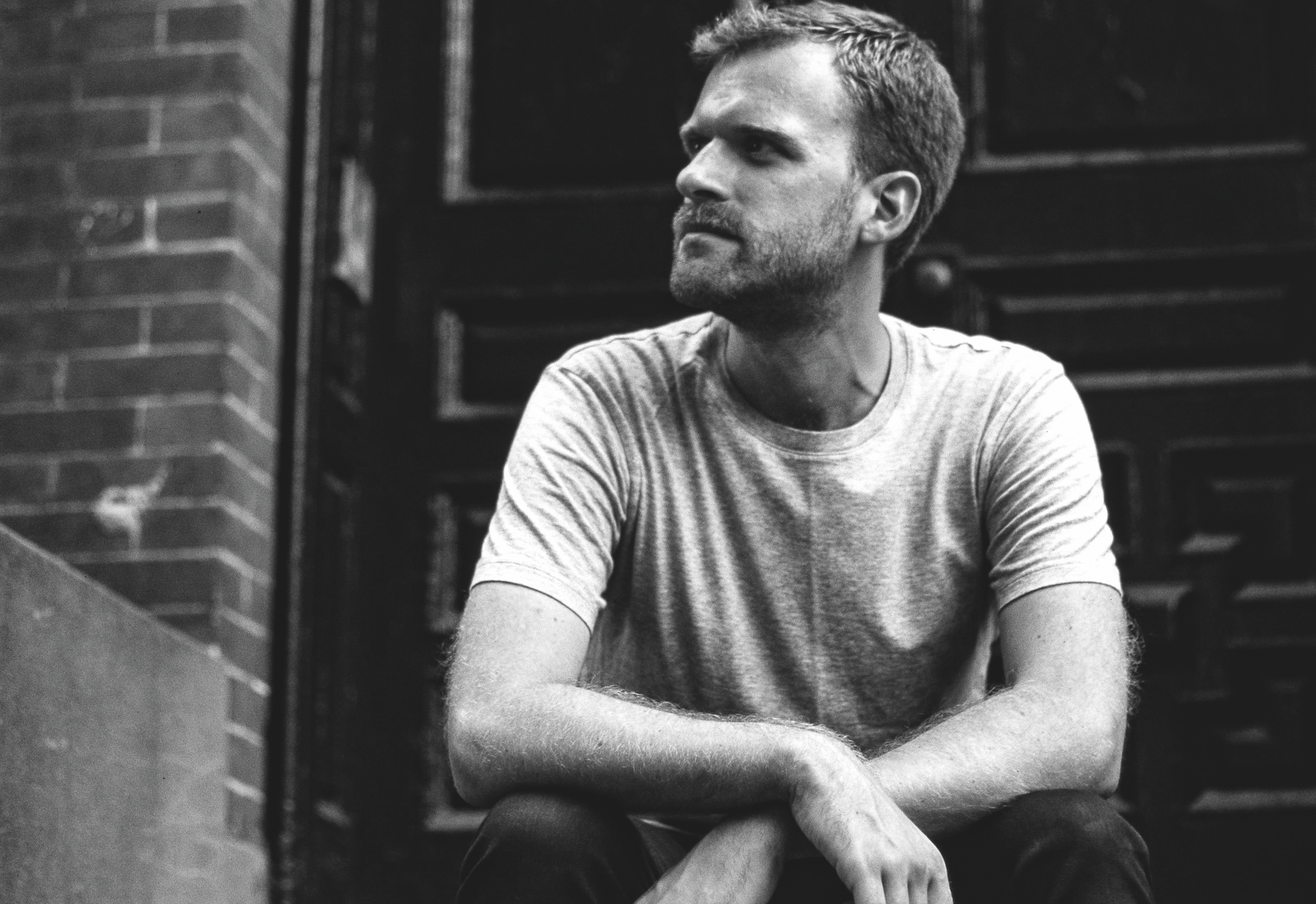 Gunnar Haslam
“The rise of open socialists in the US, such as Alexandria Ocasio-Cortez and Rashida Tlaib, fighting against rich establishment candidates, has been electrifying to those of us on the left who have never seen our views represented in government. Electoralism, however, is not the only arena in which to be politically active, as the even more inspiring nationwide teachers’ strikes have shown. Voting is important, especially when there has never been a wider ideological gulf, and this is our chance to elect candidates who will finally fight on behalf of working people. Yet real political change must always come from the bottom up, based in labor action, mass demonstration and the constant push towards constructing a better future for all.” 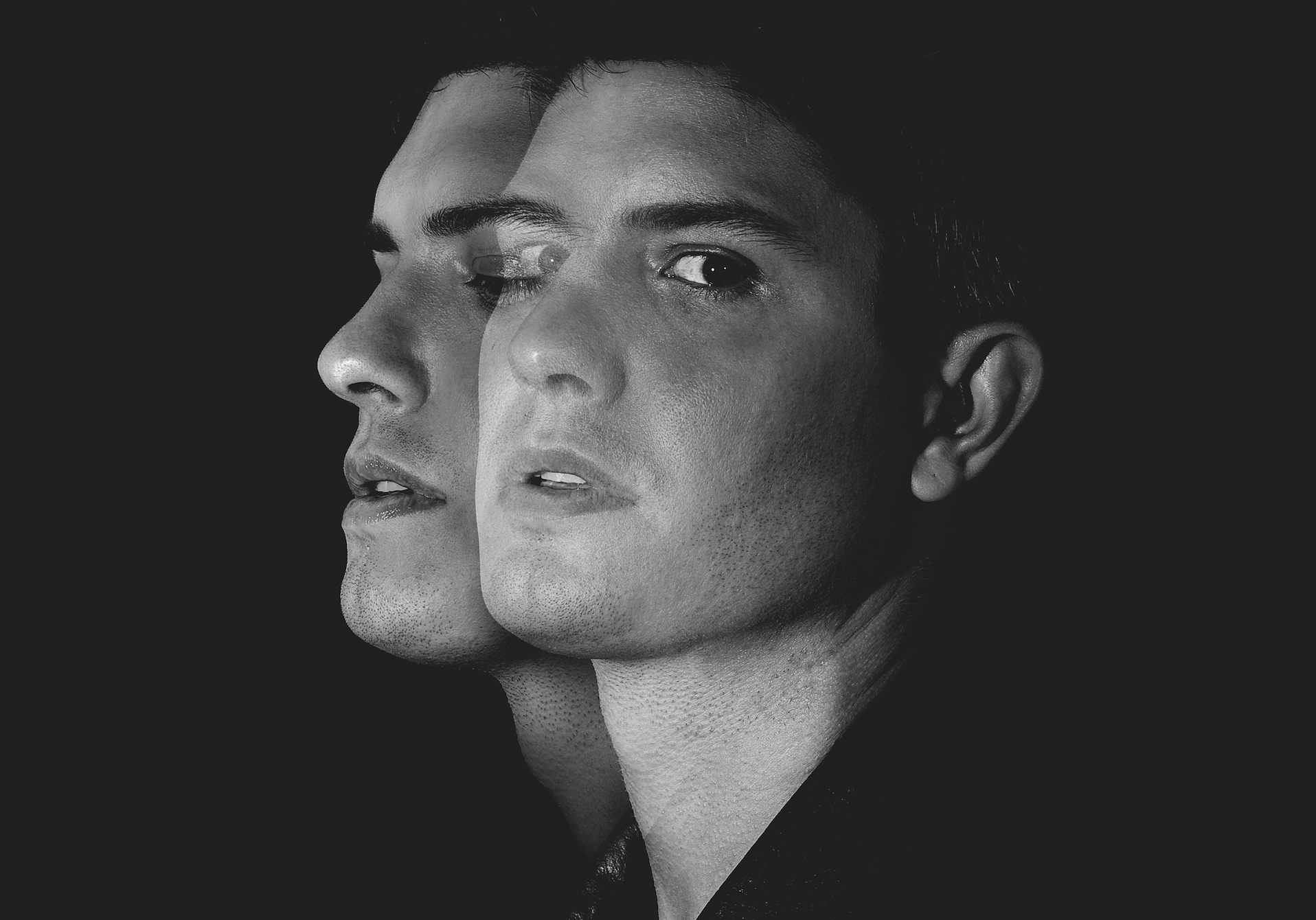 Heartthrob
“The media has reminded us that democracies thrive when the populous participate, and this November’s midterm elections will be the next vital step expressing the will of the people. Voting is a privilege Americans cannot afford to take for granted. It is the fundamental action that defines a healthy open society —expressing one’s voice. Use it or lose it. And can you honestly imagine a dictator named Trump?” 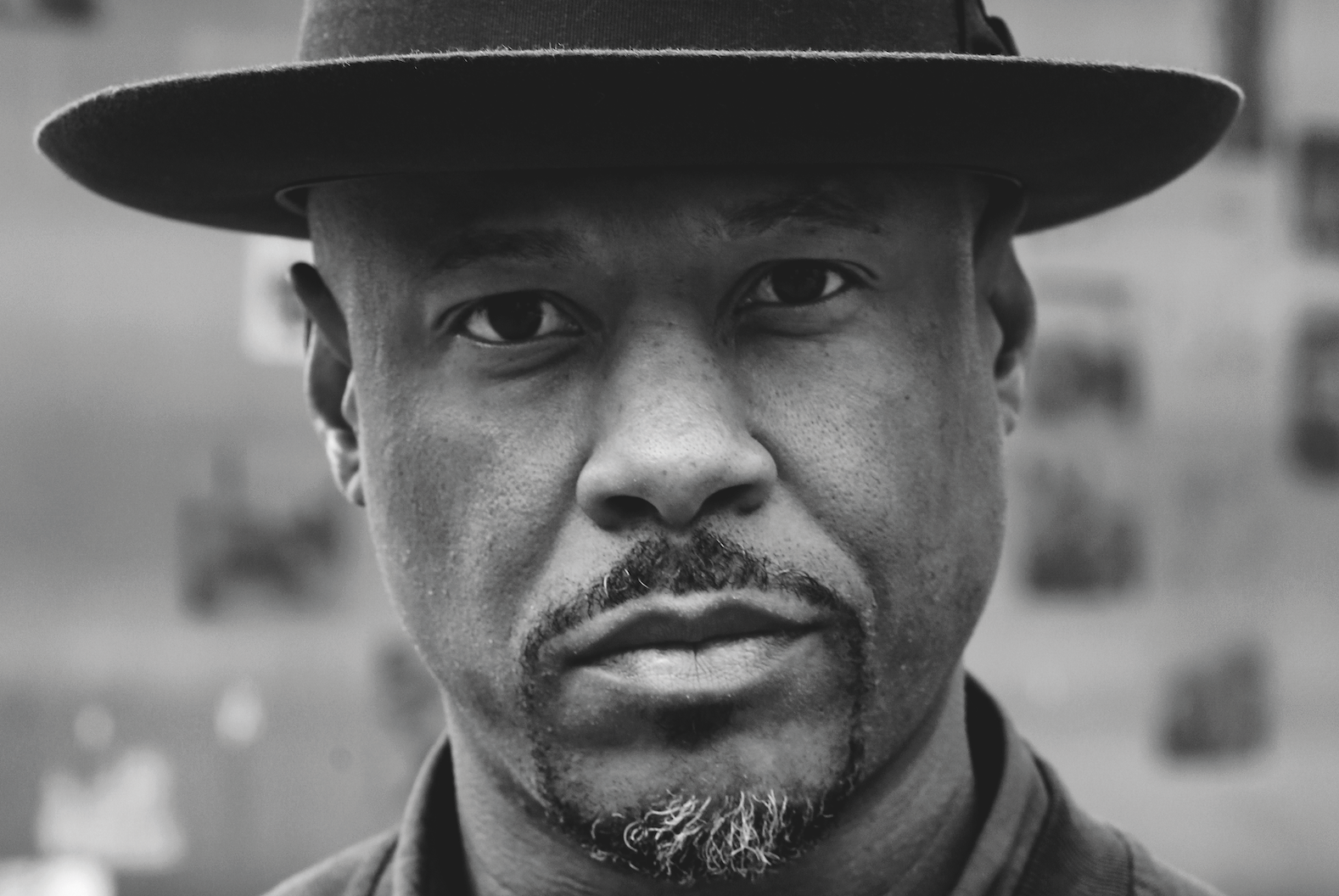 Robert Hood
“With this administration and the country so divided, people’s feelings and resentment have grown tremendously. I haven’t seen anything like this in my lifetime. It started back in 2007 when Obama first started to run, and you could feel the emotion starting to bubble up. And with Trump starting the birther movement, saying Obama wasn’t born in this country, spreading fear and resentment, feeding people’s already pre-existing resentment and fear of people of color, and now talking about building a wall.

“We are at a crossroads. We have to make a decision about the soul of this country and where this country is headed, and if we are going to continue down this path of discord and dissension. But to put it in the words of Barack Obama, ‘You don’t get mad, you vote’. You can’t exercise your voice if you sit around and don’t register to vote, and don’t take the time out to cast your ballot. These issues we face — immigration reform, health care reform, education, housing, jobs, pollution, gun laws — there’s so much at stake. We have to participate now more than ever and it’s imperative that we get out and make our voices be heard.

“I try to instill the same principles in my daughter. She voted for the first time in the last major election, and I said, ‘From now on, this is what has been afforded to you. You take your civil liberties and go out and cast your ballot and vote.” 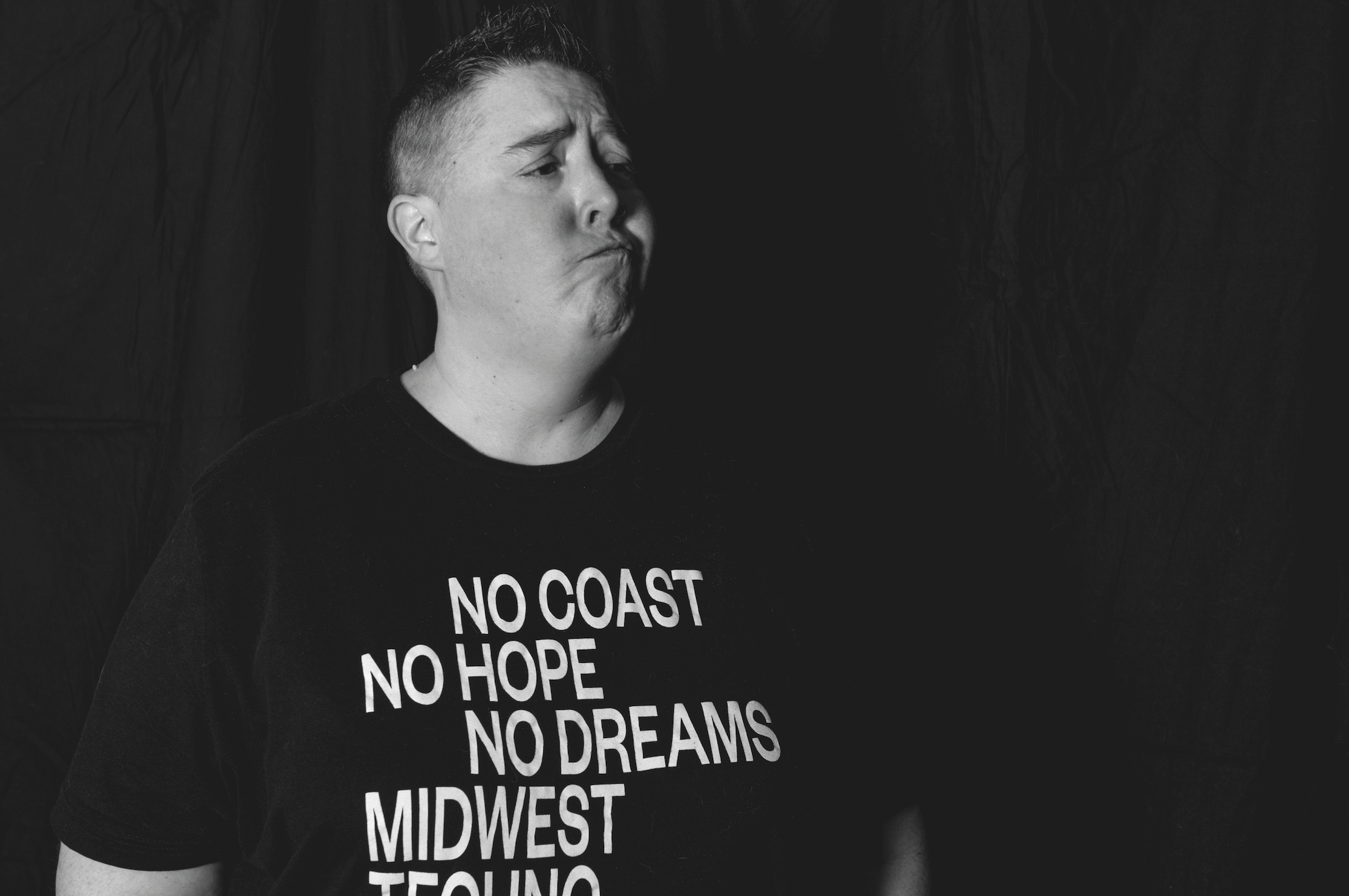 Noncompliant
“It’s so easy to feel powerless right now. The last two years of the reckless cruelty and chaos of Trumpism have amplified everything wrong with our political system in the U.S. The constant attacks on our most cherished freedoms, and people least able to defend themselves, are the work of bullies and ideologues, and they work overtime to entrench their power. If ever there was a time to use every tool we have as weapons, it is now, and one of the most powerful tools we have is our vote. ‘Every tool is a weapon, if you hold it right,’ Ani DiFranco said. Votes are a simple, strategic tactic. Votes make way for larger strategies later. Votes are one part of your arsenal.

“We’d all love to vote for a perfect candidate, but that person doesn’t exist. Choose the candidate who can stop the greater evil and be swayed by collective action toward a closer vision of our values and views. Obama was once against same sex marriage, but he listened when we spoke, and his policies changed. If we want to do more than just stop what we don’t like, we’ve got to put people in place who are willing to listen and progress.

“Of course, you can always run for office — don’t laugh! Young, exciting progressives like Alexandria Ocasio-Cortez are running in record numbers and winning. Voting is the first step. The next step is continued collective action and public pressure. Many more steps will follow. Make no mistake: the march is long. We fight for our lives and the soul of a nation. When the stakes are this high, if the only tool you have is a rock, you better pick up that rock and fight like hell.”

*Some quotes have been edited for length