The Sound Of: Central Processing Unit

Our monthly label showcase, The Sound Of, puts the focus on the imprints we love; outlets that are championing new artists, dropping key releases and driving their respective scenes. This month, Ben Murphy catches up with Sheffield's Central Processing Unit, whose founder, Chris Smith, delivers a sprawling mix of futuristic electro, acid, bleep and bass from its peerless catalogue

From its distinctive binary code record sleeves to its visionary output, Central Processing Unit has become one of the UK’s most consistently exciting electronic music labels. Releasing early records by highly original artists like Cygnus, Jensen Interceptor and Morphology, and moving from the sublime ambient of Mikron to the emotive yet club-geared mutant electro of 96 Back, CPU deserves to be spoken of in the same breath as the mighty Warp, Planet Mu or Hyperdub.

Like Warp, CPU was born in Sheffield, the brainchild of Chris Smith, an employee at the city’s university. He’d grown up listening to synthpop (including Sheffield’s own Human League) played to him by his older brother, before he heard acid house and bleep techno in 1990 on a mixtape. His life was changed forever.

“There was a tape going round in my school by this local DJ who was older than me,” Smith says, “and I just didn’t know what these tracks were, I thought he’d made them on his little Casio keyboard. I asked him, ‘What is this stuff?’ And he said, ‘I’ll give you some track names’. There was Sweet Exorcist ‘Test One’, and Rhythmatic ‘Take Me Back’, Man Machine ‘Robot Kingdom’ on Outer Rhythm, and all that. Amazing stuff.”

With Warp Records’ own shop practically on his doorstep, the young Smith was hooked. “I used to lean over the counter on a Saturday afternoon and would buy whatever I could afford — basically saving my dinner money from school.”

Smith began DJing around the city and putting on his own parties. In 2005, he started an Internet radio station, Sheffield Bleep, and used to talk it up on electronic music web forum xltronic. On there, he met many like-minded producers, and the idea he’d had for a record label began to take shape. 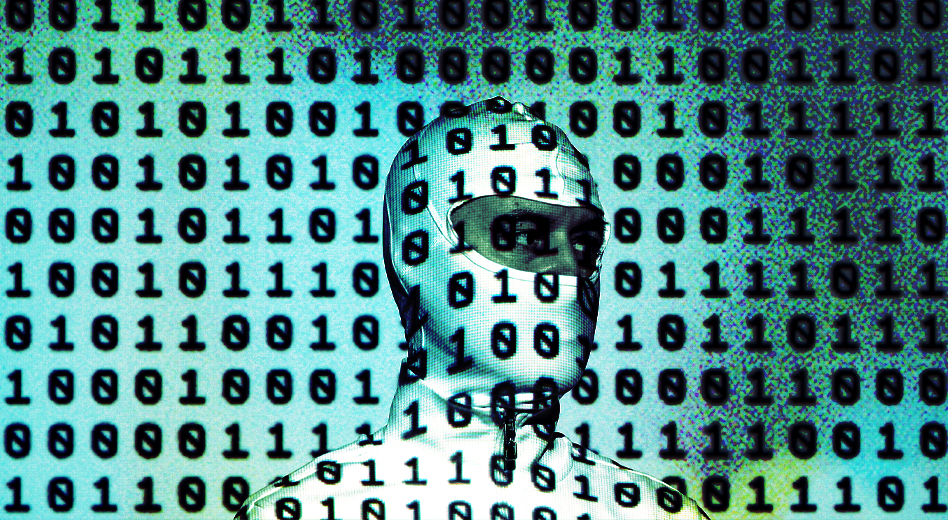 The final part of the puzzle was what the label would look like. When he was asked to find a designer for Sheffield university’s branding, Smith went directly to Nick Bax of Human Studio, who had previously worked for Designers Republic — the company who’d come up with Warp’s logo and early record sleeves. After talking to him over a pint, Bax also agreed to create CPU’s logo.

“I was a big fan of Warp’s early purple sleeves, and I used to buy those records without even listening,” Smith says. “I just knew they were good. I wanted that for my label, for people to see the covers and just buy them.” So Bax devised the binary code imagery, which has been so crucial in defining CPU’s striking look.

CPU was originally conceived as a label for experimental machine music, though the first few releases — by Cygnus, Fah, CN and Plant43 — tended more towards electro. Despite being categorised as an electro label since, CPU’s output is varied, encompassing the bleep and bass of Detromental, acid techno of Biochip and four-four machinations of Datasette just for starters.

“I’ve not been too strict, but I’ve not fought against pigeonholing either,” Smith says. “If people want to call CPU an electro label, that’s fair enough. They’ll keep getting surprises though!”

Run entirely by Smith from its inception, CPU has continued to grow and has recently expanded into audio production products, with a branded MIDI controller and modular synth filter (made with System80), and a pair of CPU floppy disks made for Akai samplers. Averaging a record release a month, it’s prolific too. “I could release more because I’ve got the stuff backed up in a queue, but logistically I’m only one man, and my girlfriend is very patient tripping over records all over the house. I’m forced to restrict it.”

A bountiful release schedule in 2020 will include new music by Calum Gunn, Barcelona’s Annie Hall, Rephlex legend Bogdan Raczynski, and more from Seattle/Finland’s Biochip. Driving all this dedication is Smith’s desire to get excellent music out and help his artists succeed.

“I like discovering these people and orchestrating that extra platform so they can stick their head over the rest... hopefully good things will happen for them.”

Want more? Revisit our The Sound Of... features with Repertoire and Local Action

Ben Murphy is a freelance writer. You can find him on Twitter @Benlukemurphy