Beastie Boys will finally be honoured with their own street name in New York City's Lower East Side.

After an initial proposal was rejected in 2014, the corner of Ludlow Street and Rivington Street — depicted on the cover of Beastie Boys' 1989 second studio album, 'Paul's Boutique' — will be named "Beastie Boys Square", Pitchfork reports. The new application was approved by the New York City Council and is awaiting signature by Mayor Eric Adams.

"As many of us know, once the Beastie Boys hit the scene, it really changed the hip-hop game," council member Christopher Marte said, according to local outlet PIX11. "I see it as a celebration. A celebration for the Lower East Side, a celebration for hip-hop, and especially a celebration for our community who has been organizing for a really long time to make this happen."

Previously, Michael "Mike D" Diamond, Adam "Ad-Rock" Horovitz and the late Adam "MCA" Yauch were honored in the area with a mural by artist Danielle Mastrion. In 2013, a Brooklyn Heights park was renamed in Yauch's honour after his death. 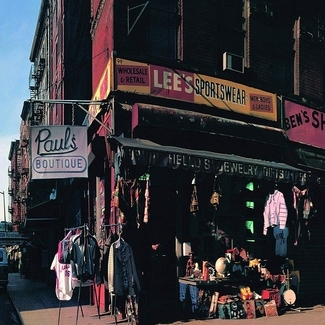