Ushuaïa Ibiza has announced a new party concept, Dystopia, for its Friday nights this summer with Luciano confirmed for eleven shows.

Billed as a brand-new festival concept, the party's organisers The Night League are promising a truly interactive experience and judging by the overall tone of the announcement it's going to be a more underground affair.

Details on the what form the new experiences will take (outside of the music, of course) are a bit thin on the ground but the organisers are promising an “immersive and surreal experience into music, art and self-expression”.

There’s the promise of a new stage setup that will play a key role in the party’s overall production.

Speaking on his new residency, Luciano said, "I feel great to be invited and part of this new adventure altogether, to enjoy the music and celebrate again life, creating a special atmosphere of love, joy and dancing under the stars.”

In other Ushuaïa news, Martin Garrix has revealed who will be joining him for his Ushuaïa Ibiza residency this summer, which kicks off on Thursday 6th July.

Dystopia will be taking place every Friday from 1st June to 28th September.

Tickets can be purchased here. 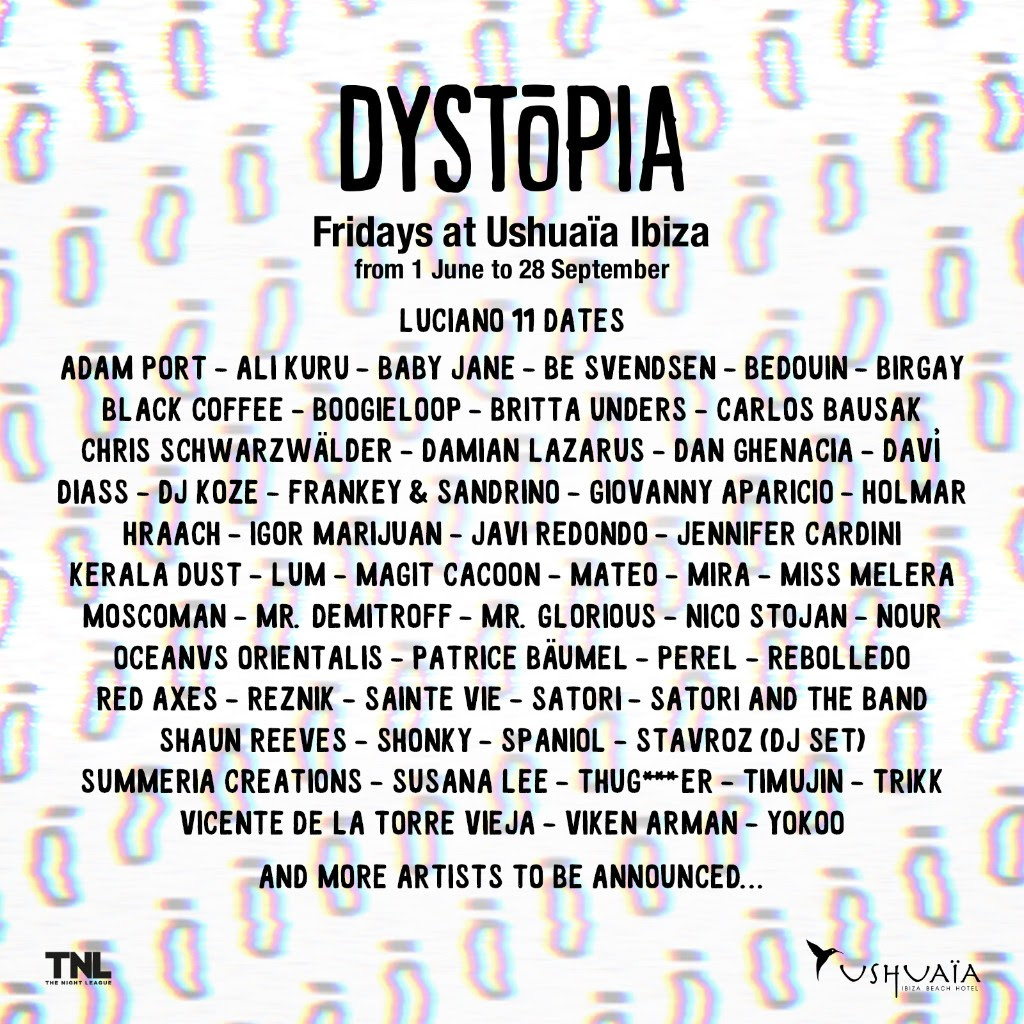