Dublin-based DJ and producer Moving Still is releasing a new EP on Cooking with Palms Trax. 'Kalam Hub' is set to land 18th November. Listen to 'Kunafa King' below.

Melding his Saudi Arabian and Irish heritage, the fifth release on Palms Trax's imprint features six brand new tracks from the artist, who has found fans in the likes of Nabihah Iqbal, Hunee and Esa Williams thanks to his giddy edits of tracks from the SWANA region and his top class original productions.

The music on 'Kalam Hub' veers from synth-heavy disco into deeper beats, retro-hued breaks and techno. The cover art, below, was created in collaboration with Manchester-based design studio DR.ME, which has a storied history of work for the likes of Hivern Discs, Fleck E.S.C., Talaboman, and Charlie Bones' Do!! You!!!

Speaking about 'Kunafa King' – a track named after an Arabic dessert – Moving Still wrote on Instagram: "Kunafa King is a special one to me and I really hope it gives you the same feeling it gives me each time. For months my little guy was dancing to this and it now has taken a whole new meaning to me." 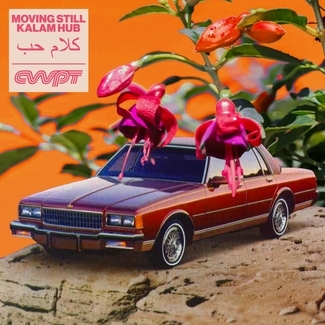