Sheffield festival No Bounds has revealed the first wave of artists playing its 2022 edition this October.

The event will once again take place across a number of venues in Sheffield, using Hope Works as its main hub. Blawan and Blackhaine are billed to play live sets at this year's opening event, which will take place at Sheffield Cathedral.

More acts will be added to the line-up in the coming months, while a series of daytime workshops, talks, panels and installations are also yet to be revealed. Check the full line-up so far below. 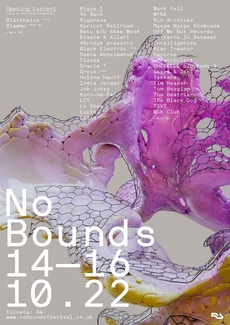