Otherlands Music & Arts Festival, a boutique event set in the grounds of Scotland's spectacular Scone Palace in Perthshire, has announced a slew of additions to its inaugural edition's lineup, which runs 19th to 21st August, alongside the first names hosting workshops over the weekend.

Elsewhere, Selextorhood, a collective that aims to safely increase representation across music industries and scenes, will deliver DJ workshops, and Yoga & Breathwork will be offering wellness activities delivered by Emma McCready and JJ Rob. Otherlands also has a comedy stage, with the musically-talented Amy Webber confirmed and the promise of a host of names from Edinburgh's world-famous Fringe Festival set to be announced in the near future.

This is in addition to the acts already confirmed in previous announcements, with Tier 3 tickets set to go on sale tomorrow, Friday 27th May. 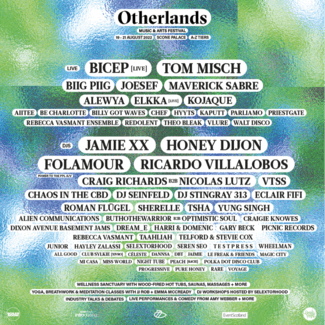