Dave Smith, founder of Sequential Instruments, which created the Prophet-5 among other influential synths, and the co-inventor of the MIDI protocol still in use today, has died.

A short statement from Smith’s family read: “It is with heavy hearts that we share the news that Dave Smith has died. We’re heartbroken, but take some small solace in knowing he was on the road doing what he loved best in the company of family, friends, and artists.”

Smith’s influence is hard to over-state. After founding Sequential Circuits in 1974, he released the first-ever programmable polyphonic synth — the Prophet-5 — in 1977. More influential kit followed including the Drumtrax and mono synth monster the Pro-One. In 1981, Dave co-created the MIDI protocol and coined the term, introducing it to the world at AES Show in New York. They decided to license the MIDI format for free, meaning it quickly became the defacto standard protocol for communication between synths and other studio kit. The format is widely in use today, highlighting the impact of the technology.

Dave went on to work with Yamaha and Korg, playing a big part in the design of Korg’s classic Wavestation, recently re-created as the Wavestate.

In 2002, Smith created Dave Smith Instruments (DSI) and played a big role in the analogue synth revival with products like the Tetra, Mopho and the Tempest drum machine and sampler. 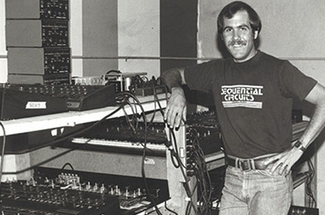 He eventually rebranded back to Sequential in 2016, with a new re-purposed Prophet-5 launched in 2020, and the brand acquired by Focusrite Group in 2021. Under the Focusrite umbrella, Smith was involved in the re-release of the Oberheim OB-X8, an updated version of the OB range Oberheim, a favourite of Prince, Depeche Mode and many more.

Tributes have poured out on social media for Smith, including from Richie Hawtin who said: “Everyone I knew was inspired by Dave, as an inventor, as a friend and just as a one of a kind warm funny smart loving human being.”

Dave was due to appear alongside his synths at the NAMM show in Anaheim, which starts tomorrow Friday, June 3rd. He was 72.