A few months ago, three-time DMC-winning turntablist and DJ Mag HQ alumnus DJ Craze raised eyebrows everywhere when he proclaimed that ‘sync is your friend’. It came as quite a surprise from an award-winning DJ – whose DMC crown rewards those with impeccable mixing skills, among others – and while the ‘sync debate’ has been discussed to a painful death, we thought it was a good time to take stock of DJ tech from his perspective, and as the sync debate dies away, what’s next for the automation of DJing that’s creeping into bedrooms and booths across the world.

Why do you think ‘sync’ is such a dirty word among the DJ community?

“I think it’s a dirty word in the DJ community because it’s associated with not knowing how to DJ and not respecting the culture. Older DJs have made the sync button a no-no because they feel that you have to learn how to DJ how they did and that’s just not realistic. It’s a different era and technology has changed to help us be more creative. The way I see it is, if you don’t know how to beatmatch you shouldn't be DJing AT ALL cause it’s so elementary. You have NO BUSINESS DJing if you can’t match two beats together, plain and simple. But DJing is not just about matching two beats together. DJing is an art form that has many levels to it – selection, technical skills, showmanship, crowd control and knowledge of music.” 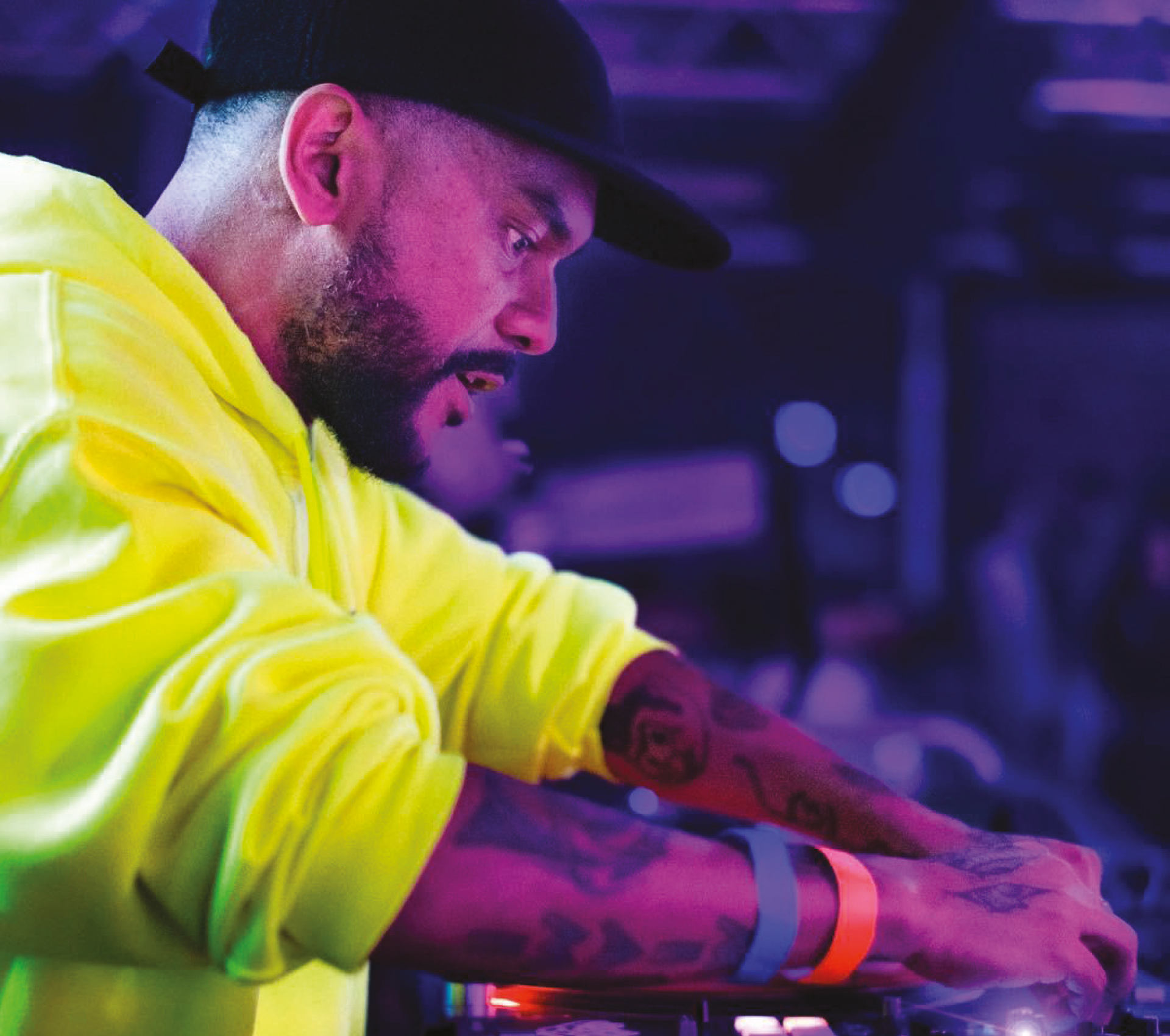 You say that you need to learn to beatmatch before you can DJ, regardless of sync existing or not. But what’s the incentive to learn if you don’t have to? Is it possible that new DJs who come up using mobile software, then laptop software and eventually hardware – or any mix of the three – will never actually encounter a need to learn?

“You’re right, there’s no actual need to learn but what happens if you’re doing a B2B with another DJ and don’t have your beats gridded? And honestly, in my opinion if you wanna call yourself a DJ, have some respect for the culture and learn the basics. It’s like, you can be a singer and not know how to sing – you can use autotune – but you’re not really a singer. But it’s possible to have technology help you be a singer.”

As a turntablist, so much of the original skillset was beatmatching manually. What skills should / will replace beatmatching if sync/AI becomes widely adopted?

“Creative mixing will replace beatmatching. By creative mixing I mean wordplay, tone play, live edits and more technicality. That’s where the sync button comes in handy cause you don’t have to waste time in your headphones cueing records.”

Can you elaborate on what you mean by ‘creative mixing’?

“What I mean is that, in my opinion, DJs don’t do much nowadays. They make edits, play their music, cheerlead and that’s about it. Getting creative means to give the crowd something more than that, give them some LIVE edit. Maybe some skits in between with some comedy, social message – anything other than same old high energy hour. Give them a journey with ups and downs, give them something that’ll make you stand out from the rest. Give them something to make them think and feel all kinds of emotions.”

A lot of people would argue it gives you time to be more creative, but how people are actually using that time creatively? In turntablism there’s a lot more scope, with dropping more samples, scratching, etc, but less so in other genres like house and techno, or is that just an excuse?

“Well, all that can be done with any genre. A live DJ show shouldn’t just be a regular planned out DJ set with some electronic drums and a keytar ... you can do more in my opinion.

Why do you think (some) DJs and DJ culture can be so anti-technology and progress, often romanticising older equipment and tech instead of pushing for evolution?

“Well that’s just older DJs in my opinion. And that’s completely fine too. They wanna preserve the culture how they grew up on it and it's very important to do that. It’s very important to teach young DJs how we used to do it back in the day and the struggles we went through. But it's also important to embrace technology and keep pushing the culture and skill levels forward.”

Do you think the sense of ‘live’ mixing adds a lot to the audience’s experience or is it solely about the DJ’s preference?

“I don’t think live mixing is as appreciated as it used to be. Unfortunately, nowadays most people don’t care what the DJs are doing, they just wanna hear ‘bangers’. It’s awesome when you find a crowd that's smart and open enough to care about what the DJs are doing – those crowds are special and I adore them. They give me hope for the future!”

Tell us more about the development of Phase. How involved were you and why do you feel the DJ world needs Phase?

“Phase is a French company that introduced the technology last year, but I wasn’t involved at all. They showed it to all of us judges at the Redbull 3 Style World Finals two years ago in Poland. It will change the game for DJs that still use turntables because now we don’t have to worry about bass making needles jump or strong winds making needles skip. Also, many turntables are old and the contact on the needle arms doesn’t make good contact with headshells so the signal to Serato gives us problems. But with Phase, there are no more worries of any of that. So, for us DJs that don’t like the feeling of CDJs this is an absolute gamechanger.” 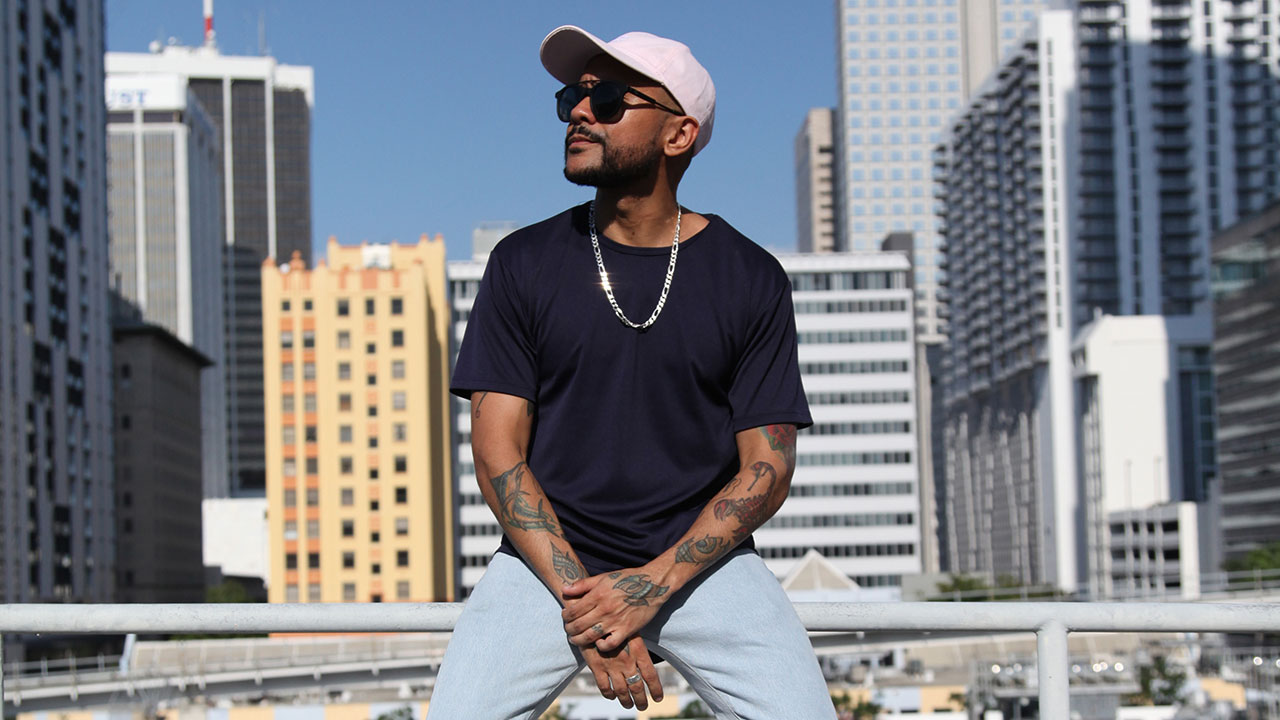 "It’s up to the personal style and flavour of the DJ to make it fresh and exciting. AI can’t do that, it doesn't have flavour, funk or soul”

You mention selection and knowledge of music – is technology hampering or helping those skills in your opinion? AI on things like Spotify and YouTube can lead record hunters down rabbit holes and discovering lots of new music, but is there a downside to relying on AI and algorithms?

“I think technology is definitely helping with discovering new music. I love going down rabbit holes in Spotify, SoundCloud and iTunes. I think that’s why a lot of people think they can DJ now. Cause they are put on to so much new music and think ‘Yeah I’m cool now, I got all this music’. I do think that there’s a downside to AI discovering new music for you and that is that you are not actively searching for the music. You're being shown music that you might like and you are not exposed to things you might not think you like. That was the fun in digging. You would go to a different country or city and go to the local record store and dig for records that you would never think of listening to and discover something new and exciting.”

Some DJ software for example, recommends tunes to play based on the key, tempo and ’timbre’. Is that the logical next step for DJ software and hardware, as AI becomes more prevalent?

“I think AI recommending tunes to play in same key and stuff like that is OK. But then again, it’s up to the personal style and flavour of the DJ to make it fresh and exciting. AI can’t do that, it doesn't have flavour, funk or soul.”

Streaming from SoundCloud, Beatport and TiDAL to DJ software and hardware has all been announced in the past few weeks. What’s the impact of this tech in your opinion? Is having everything accessible at all times a good thing?

“I think being able to stream anything you want as a DJ is a plus. But I don’t see it making it us better DJs. It'll just give those annoying people who request music more incentive to harass us [Laughs]. Naw but seriously – I think that'll be great for DJs that like having any kind of music at our fingertips.”

Check out our How I Play Live feature with Mr.G