The Chemical Brothers will play a DJ set at this year’s Glastonbury festival.

After rumours started circulating in recent days that the duo would be making a surprise appearance, it’s been officially announced that they’ll play on the Arcadia stage from 11 PM - 1 AM on Friday night, 24th June.

Their DJ set comes three years after the pair headlined the Other Stage at the annual Somerset festival.

The announcement comes days after the duo shared a previously unreleased track from their archive, ‘Cylinders’. It’s the fourth of five unreleased tracks that will appear on the special 25th anniversary edition of their album, ‘Dig Your Own Hole’. Read Ben Cardew’s long-read feature on how the 1997 ​​album predicted the post-genre pop future here. 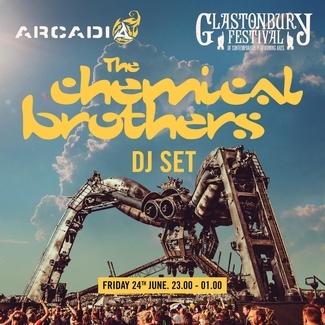