Defected has announced its line-ups for this year's Ibiza season. The UK-based house music institution will host events at two iconic clubs on the White Isle, with its flagship Defected Ibiza 2022 sessions taking over Eden every Friday night, and sister party Glitterbox returning to Hï Ibiza.

The weekly event also looks to champion affordability on an island that has increased in cost exponentially in the past decade, with tickets priced at £22. In addition to the main session, free pre-parties are also locked in at Café Mambo.

“Absence makes the beat grow stronger. For over three decades Ibiza has been front and centre of dance music’s calendar and the enforced two season hiatus has only served to make us all appreciate how integral the Island is to the dance music community. We are beyond energised to know that we are returning to Eden," said Simon Dunmore, Defected founder.

Glitterbox, meanwhile, returns to its spiritual home on the island, Hï Ibiza, for 22 dates this year. Running on Sundays from 8th May through t 2nd October, a slew of house and disco talent is involved. Names confirmed include Jayda G, Dimitri From Paris, DJ Paulette, Ash Lauryn, Kenny Dope, Nightmares On Wax, Seamus Haji, Smokin' Jo, Honey Dijon, and Louie Vega, although this barely scratches the surface. A new look will also grace the parties, with acclaimed North London-based artist Haris Nukem charged with creating visuals for the dates.

Released amid ongoing pandemic lockdowns, Glitterbox was the subject of a documentary featured in DJ Mag's roundup of 10 new music documentaries to watch online.

You can see the full line-ups for Defected at Eden and Glitterbox at Hï Ibiza below. 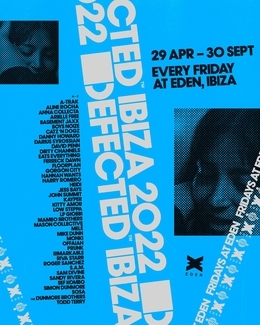 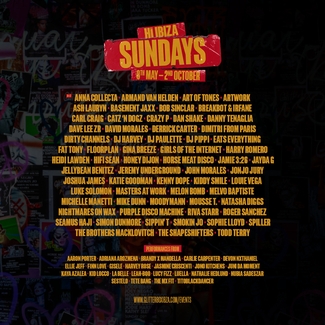