Glastonbury has revealed the artists performing at Silver Hayes this year.

Marking the first Glastonbury in three years, the 2022 edition of the Somerset festival — which features headliners including Diana Ross and Kendrick Lamar — has announced the artists set to play the four-stage Silver Hayes dance area.

Among the acts confirmed are Anz, Timedance boss Batu, Ross From Friends, who will perform live, and HOOVERSOUND co-founder SHERELLE, alongside a number of b2bs from Call Super and Parris, Daytimers' Yung Singh and Ahadadream, and Moxie and Peach.

Organisers have also confirmed the addition of a new art deco cinema structure for Silver Hayes, dubbed "THE LONELY HEARTS CLUB", which will stand at over 40 foot high and is described as a place to "celebrate sound system culture".

You can check out the full line-up for the Silver Hayes below. 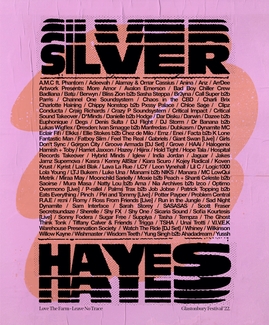 Burning Man 2020 to "proceed with caution" amid coronavirus pandemic

Glastonbury Festival allowed to expand capacity to 210,000 for 2020