Jaymie Silk has released the first track in a new, bi-weekly single series.

Off the back of his recent album, 'The Rise & Fall Of Jaymie Silk & Rave Culture,' the producer unveiled 'Do You' as part of the new series on June 16th.

Silk will continue to release a new single every two weeks until September. Each track will be available to stream via all major platforms, as well as through Bandcamp. According to the Paris-based producer, vocalist, remixer and DJ, "everything will be linked like a mosaic, just like the covers."

Stream 'Do You' and check out its artwork below.

Released last month, 'The Rise & Fall Of Jaymie Silk & Rave Culture' marked the follow-up to Silk's ‘The Legend of Jack Johnson’ EP, which was released via Bristol-based imprint Shall Not Fade last year. In 2021, he also released a nine-track album, 'Young, Broke and Fabulous' via Belgium's Fly Label. Last week, for Juneteenth, Silk release a new edits pack entitled, 'Don't Download If you Suck at DJing'.

In 2020, Silk contributed DJ Mag’s Dance Music is Black Music issue, in which he spoke candidly about the effects of racism on Black artists' mental health. You can also revisit his DJ Mag Fresh Kicks mix and interview here. 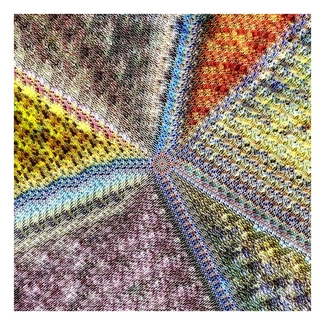 Jaymie Silk releases new EP, ‘The Legend of Jack Johnson’, on Shall Not Fade: Listen

The weight of oppression: Artists share their stories about racism and mental health