Lyric Hood has announced a new solo EP on M-Plant.

The Detroit producer, and one-half of Floorplan alongside her father Robert Hood, will release 'Woman-Hood Chapter 1' via Robert's landmark minimal techno imprint on 9th March.

The four-track release follows Floorplan's 'Get My Mansion Ready / Out of Control', which was released via Classic Music Company last November. Check out the EP's tracklist and artwork - featuring Lyric as a child - below.

To date, Lyric has released three solo EPs via M-Plant: ‘Nineteen / 11:11’, ‘Everything / Social Distance’ and ‘Not Enough / Praise Up’. On each, she explores her love of house and techno, bridging the gap between the two sounds and showcasing her deep-rooted understanding of the genres. 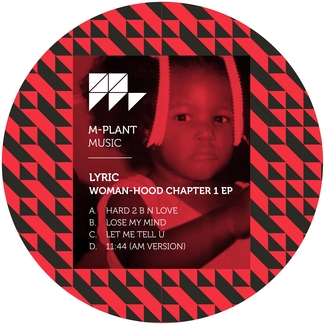