Mor Elian has announced a new cassette album under her Alloy Sea moniker, 'XOOMIN', which will be released via Paralaxe Editions on Tuesday 1st March.

"'XOOMIN' was created after Dania [Shihab] of Paralaxe Editions contacted me to collaborate on another Alloy Sea release. This is what prompted the composition of 'XOOMIN', an eight track album created in yet another lockdown, and this time exploring a duality that very much lives inside of me. Or, how I like to describe it: capturing moments of extreme duality suspended in time," said Elian.

The Alloy Sea project was originally unveiled in 2020 with the 50-minute experimental composition 'Petrichor' — Elian's most recent outing until now — marking a definite departure from the dance floor-focused beats she is most associated with. The release will be available through Paralaxe Editions' Bandcamp. 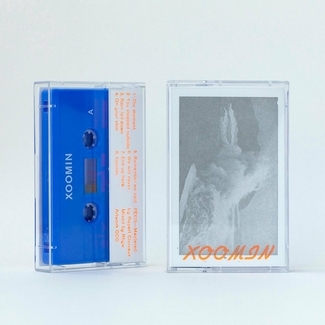 Mor Elian announces new EP, ‘Radical Spectacular’, on her own Fever AM