Nia Archives has shared the video for her new single 'Part of Me'.

The track is taken from the London-based, Northern England-raised jungle producer, DJ, and vocalist's EP, 'Forbidden Feelingz', and arrives in the wake of preceding tunes including 'Luv Like' and '18 & Over', which also feature on the release, combining elements of soul, gospel, R&B, hardcore and old school breaks.

'Part of Me' again exhibits the artist's deft songwriting abilities. Regularly marrying uptempo, rave-friendly beats with heartfelt, sincere lyrics and serious subjects, in this instance the focal point is the risk of losing oneself after the breakdown of a relationship. The accompanying clip was filmed in Brighton, East Sussex.

“I wanted to shoot the 'Part Of Me' visual in Brighton as it is my happy place where I often go to escape. I was so lucky to catch the sunniest day of the year as I have a strong feeling that 2022 will be the summer of jungle," said Nia of the video, which she directed alongside Delphino Productions.

The single is also Nia's first to arrive in physical form, with limited vinyl pressings and cassette copies available. A launch party for the EP will take place next Thursday 17th March at Space 289, London. 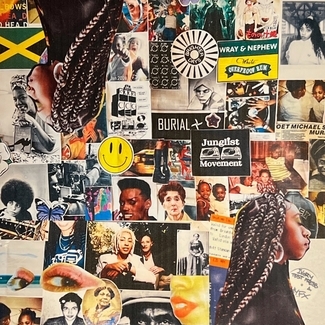