Berlin Atonal is the festival fuelling the electronic avant-garde

Held in Berlin's jawdropping Kraftwerk building, the radical and avant-garde ethos of Atonal has solidified its status as one of the most crucial experimental music events in the world. With unforgettable sets from dBridge, Nkisi, Objekt x Ezra Miller, rRoxymore, Mor Elian and many more, Mira Karadjova reflects on a truly mind-altering festival

There’s hardly a festival that embodies Berlin’s free spirit better than Berlin Atonal. Launched in 1982 by Dimitri Heggemann at the legendary SO36 venue, Atonal quickly became synonymous with the radical avant-garde ethos of its programming, which featured the likes of Einstürzende Neubauten, Test Dept, Laibach, Psychic TV, 808 State, Die Haut and more.

Having mothballed the event series in 1990 to focus on his club Tresor, Atonal was revived Atonal in 2013 by Laurens von Oswald, Harry Glass and Paulo Reachi, moving its headquarters to Kraftwerk Berlin — a former power plant, which also hosts clubs Tresor and OHM. Ever since, Atonal has become known for the exceptional sonic and visual art it books and commissions — world premieres of audio- visual performances, along with live and DJ sets and art installations. 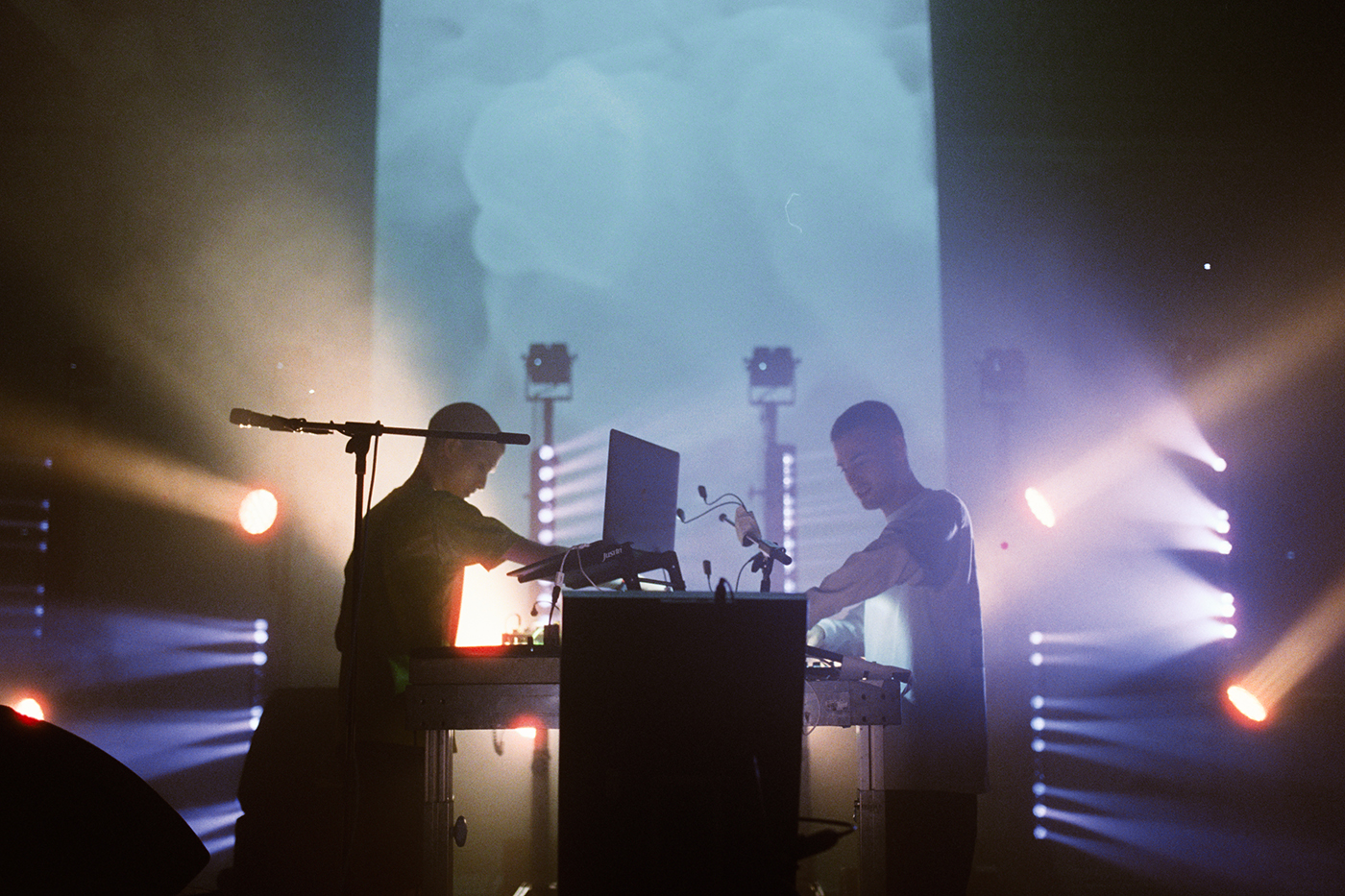 As we’re making our way into the mighty Kraftwerk building on opening night, we feel overwhelmed by the scale of the venue. Reminiscent of Berghain, the Tate Modern and Printworks, Kraftwerk is the perfect space to experience experimental sounds. Nested in the power plant’s enormous turbine hall, the Atonal main stage is kitted out with a perfectly tuned soundsystem that allows a fully immersive experience no matter where you stand. Likewise, for artists, the room offers unlimited possibilities for expression, inviting them to go deeper and push boundaries.

As immersive as most audio-visual shows are, most of the sounds showcased at Atonal are best enjoyed as a listening experience rather than on the dancefloor. That’s why the festival has provided plenty of chill-out areas and seats, where festivalgoers can unwind and enjoy the performances with eyes closed.

That’s exactly what DJ Mag does during the live show of revered drum & bass act, dBridge, who delivers one of the best sets of Atonal 2019. Dubbed ‘Black Electric’, the former Bad Company member’s live set features material from his 2018 album ‘A Love I Can’t Explain’, along with unreleased tunes. Ranging from ambient to downtempo, dubstep and techno, the show completely takes over the festival’s Stage Null — the crowd is in ecstasy.

“This was my first solo live gig,” dBridge says a few days later, adding that he’s played live before only as part of Bad Company. “This, however, was a baptism of fire. Playing at such a renowned venue for my debut performance is something I’m never gonna forget.” 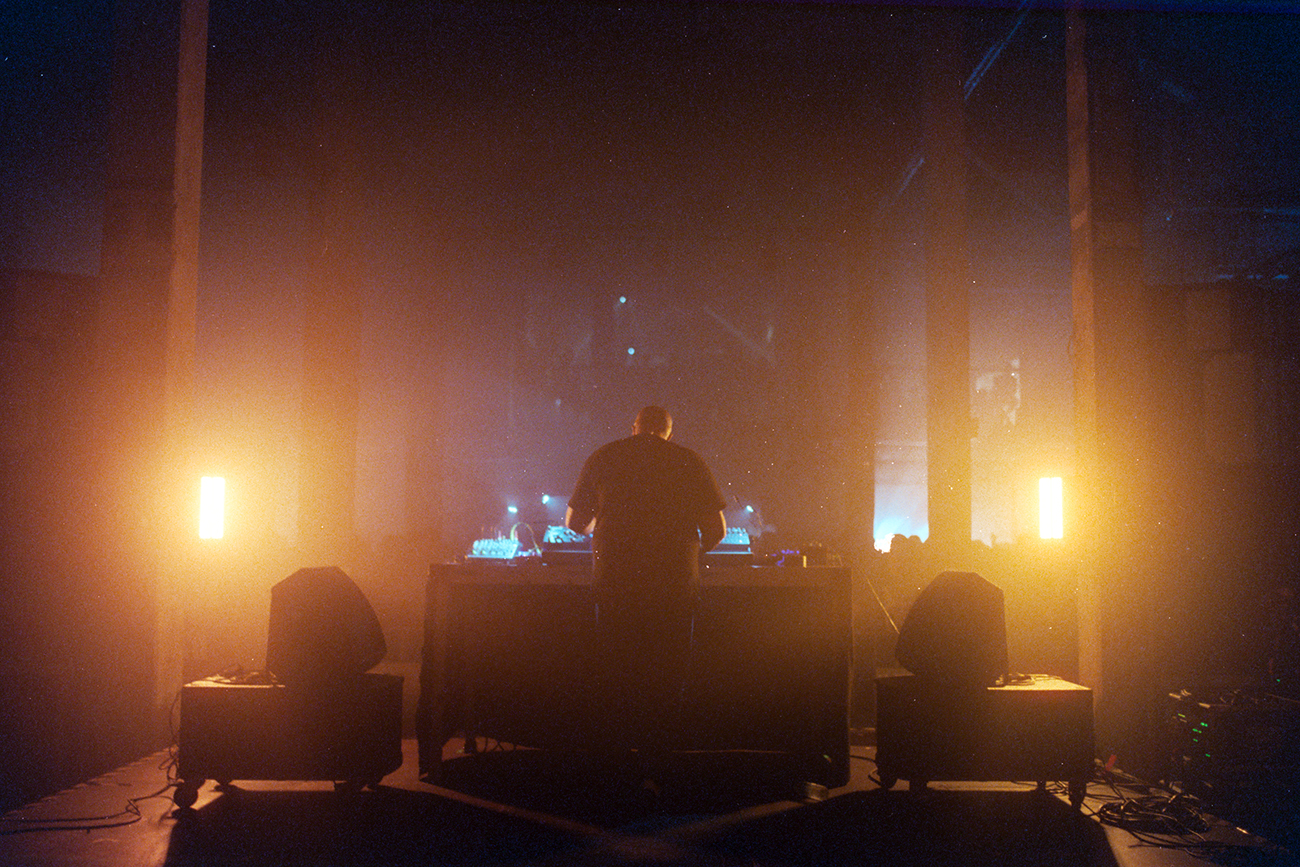 The world premiere of Violet’s new live show, ‘Bed Of Roses’, is undoubtedly one of the highlights of the Atonal 2019 programming. Featuring live improvisation of tracks from her forthcoming album of the same name and “some new and old material”, the performance attracts more revellers than the 200-capacity OHM can accommodate, leaving many fans queuing outside.

The following night at Tresor, Solid Blake closes the venue with a show to remember. Although she’s suffering a severe allergic reaction, the Copenhagen-based artist delivers an incredible live techno sets. Equipped with a laptop running Ableton Live, a couple of MIDI controllers and an iPad, Solid Blake, creates a concrete mix, soaked in her signature blend of bass-heavy techno and dark electro. “I haven’t played my own live set in a while,” Blake tells us. “It’s been almost two years, in fact. Although I apply a lot of what I’ve learned about playing music in a club from DJing to the live performance, the experience is still very different. Playing live is a lot more personal, and puts me in a more vulnerable position in front of the audience, which I think can be a good thing for expression in the right setting.” 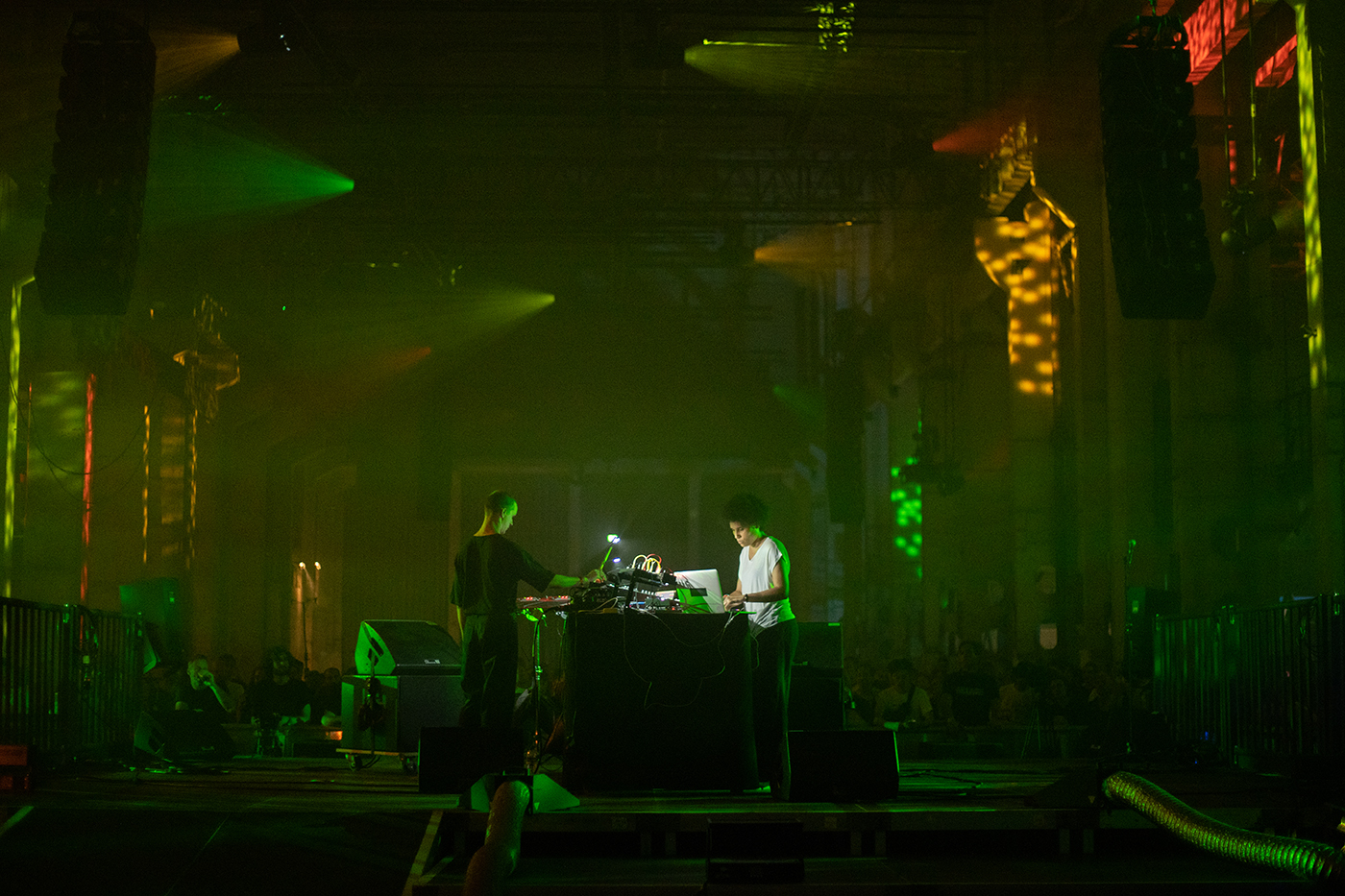 After exploring the smaller rooms of the festival, we return to the Main Stage on the closing night, where immersive A/V live shows reign supreme. While all these audio-visual shows are equally worthy of our attention, it’s rRoxymore who stands out as a favourite at the closing of the event. Performing live alongside percussionist Jon-Eirik Boska, rRoxymore presents her new show, ‘Face To Phase’. Featuring live improvisations of the French musician’s long-anticipated debut album of the same name, the stripped-down show merges raw sounds with psychedelic textures and the warm feeling of live drums.

“I liked the idea of reinventing your own music for each performance,” rRoxymore says. “This is a source of endless creativity.”

With ‘Face To Phase’, rRoxymore once again shows she’s not afraid to step away from the dancefloor to deliver a one-of-a-kind deep listening experience. And Atonal is without a doubt the perfect place to unveil such an interesting project.

“Atonal is a festival where the music curation is extremely adventurous, and the crowd is ready for this,” rRoxymore says. The Berlin-based artist also describes Atonal as less “ego-centred”, attributing this to the setting, which is starkly different to other festivals or clubs.

“I feel like it continues to widen its programmatic spectrum in new and enticing directions with a lot of colourful, expansive music alongside the drone [and] ambient sonics they’re perhaps associated with historically, hence blurring the lines between what is typically called ‘experimental’,” Violet explains. “And I think that’s really important, because as I see it, making music is an inextricably experimental pursuit and only calling some genres experimental does a disservice to music communities and how validated they feel.”

Want more? Check out our review of Wysing Polyphonic 2019 and our recent Fresh Kicks feature with Ziúr

Mira Karadjova is a freelance journalist. You can find her on Twitter @noirmira