House legend Louie Vega has announced a new album, 'Expansions in the NYC'. It will be released on 29th April via New York's Nervous Records. Check out the tracklist and artwork below.

“In the past few years I’ve found new inspiration both from the musicians I’m working with and the audiences coming to see me at my DJ shows,” said Vega. “So for me this album represents new beginnings, bringing together a beautiful mosaic of artistic perspectives to express musically what we call Expansions in the NYC.”

Hear clips from the album and pre-order here.

A key figurehead of the New York scene, Vega's career stretches back to the mid-1980s when he began playing at block parties in the city, eventually graduating to residencies and regular appearances at institutions like Roseland, Heartthrob, and Studio 54, founding Masters At Work in 1990 alongside Kenny 'Dope Gonzalez'.

This summer, fans can catch him at events including Detroit's landmark electronic weekender, Movement, and Gilles Peterson's UK-based arts and music festival, We Out Here. Revisit DJ Mag's feature on how Masters At Work's Nuyorican Soul project took the duo back to their Latin roots, and take another look at Vega DJing from our London HQ. 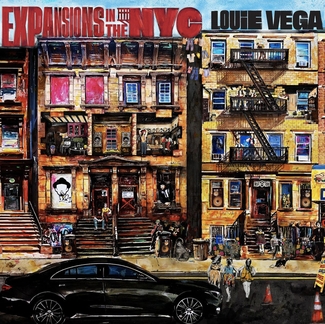