A festival on the grounds of a 19th Century Dutch fort, Orbit, has been announced for this summer. The event will take place at Fort Vechten, near Utrecht, on Saturday 30th July.

Run by the team behind Utrecht-based pop-up club WAS, the event will see a 5,000-strong crowd descend on the UNESCO heritage site for DJ sets from artists including Helena Hauff, Ross From Friends, JASSS, Gerd Janson, DJ Stingray 313, Octo Octa, D. Tiffany, Ploy, and Carista, with Russell E.L. Butler confirmed to play live. Check out the full line-up below.

Four stages will be in operation, led by local promoters Uncloud, Stranded FM, Stichting Prisma Groep, and Is Burning. The venue itself is also a selling point. Fort Vechten is the second-largest of 48 military installations erected for the New Dutch Waterline, with sections built into the ground. In total, the project created an 85km ring of locks, dykes, and canals, which could be flooded to protect key cities from invasion.

Tickets for Orbit are on sale now. 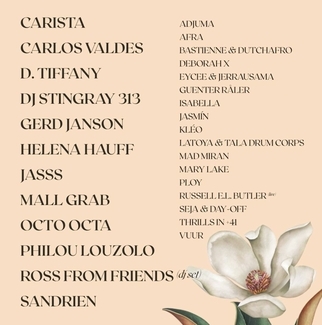