A Kickstarter campaign has been set up to help fund the publishing of a new book exploring '90s rave culture and activism.

'Exist To Resist v2.0' will follow a first instalment of the book series by photographer MATTKO, aka Matthew Smith. Described as "a social history book", the project, a press release says, was born out of Smith's "love for the UK's rave, sound system, and festival culture".

The book, press materials added, has been put together "in order to document this important moment in history for a new generation about to be impacted by the negative consequences of draconian new laws". All of the images featured will cover the period from 1989 to 1997 as rave and festival culture swept through the UK leading to large crackdowns on illegal events.

You can find out more about the new book, and support the Kickstarter campaign to help it get published, here. Take a look at some more images from the book below.

'Exist To Resist v2.0' will follow MATTKO's last book, 'Full On, Non Stop, All Over', which was published in 2021 and took a close look at rave culture from the turn of the millennium.

It's one of several books exploring the history of UK rave culture to be announced this year. In May, a photobook capturing the rise of the UK rave scene was published by IDEA, while in March a book celebrating the history of '90s UK rave sound system, DiY Sound System, was published.  Another new photobook, by photographer Sarah Ginn, titled Super Sharp Shooter, visually explores some of the UK’s most iconic clubs and festivals. 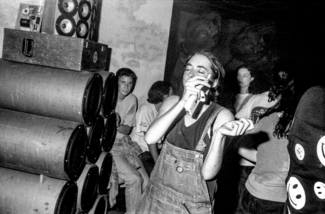 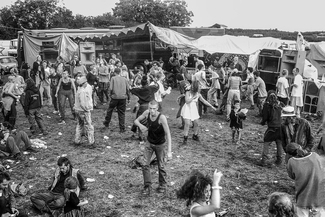 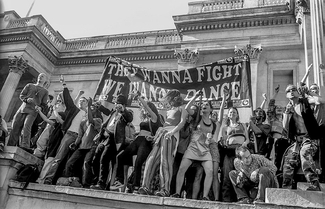